LSU Opens SEC Series vs. Vanderbilt on Thursday at "The Box" 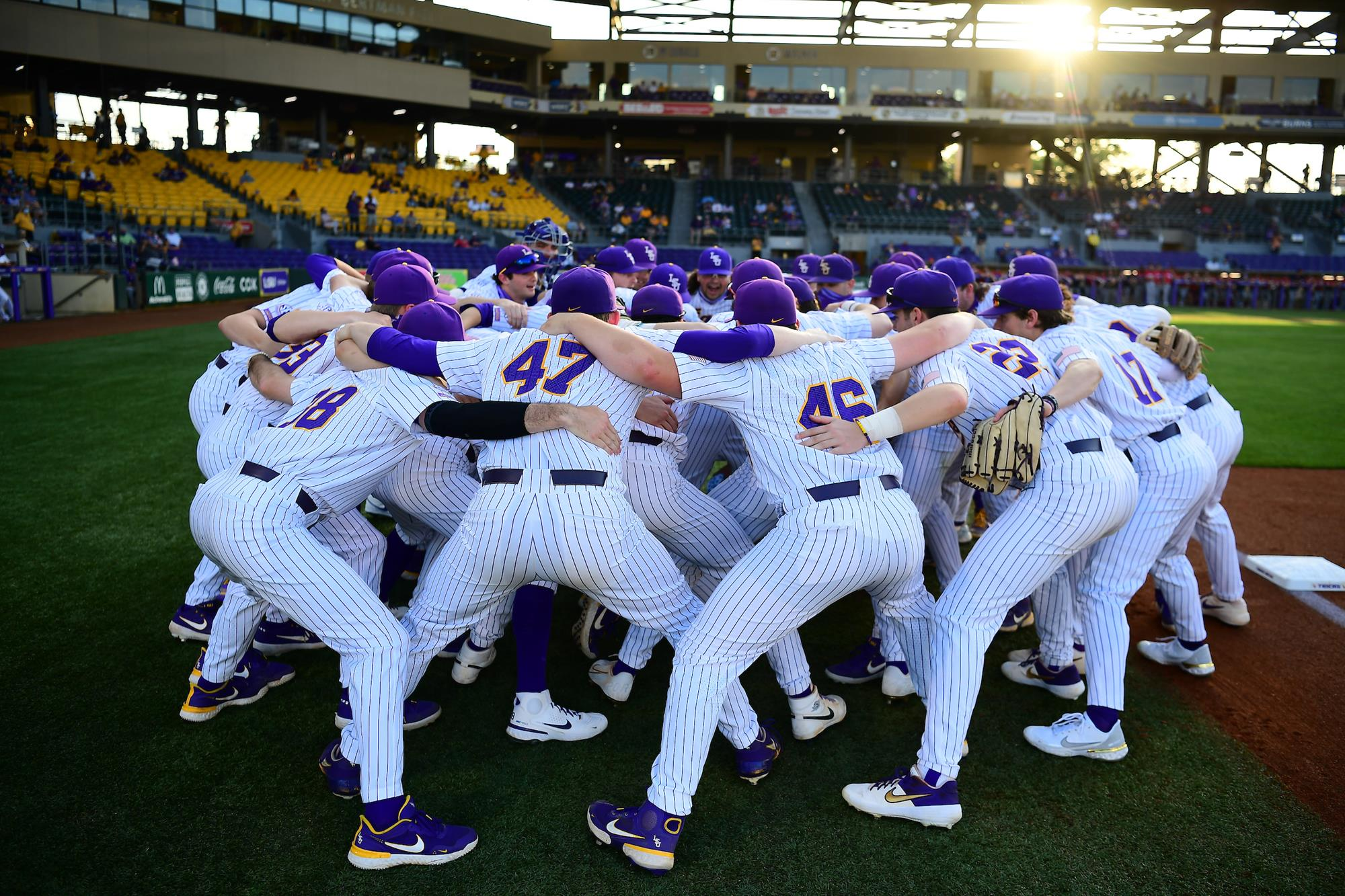 LSU improved to 17-8 on the year, while South Alabama dropped to 13-10 and saw its five-game win streak end.

The Tigers return to SEC action at 6:30 p.m. Thursday when they play host to Vanderbilt in Game 1 of a conference series in Alex Box Stadium, Skip Bertman Field. The game may be viewed on SEC Network +, and it can be heard on affiliates of the LSU Sports Radio Network.

“I’m just so proud of our guys for coming out tonight and playing a great ball game after a tough weekend,” said LSU coach Paul Mainieri. “They didn’t hang their heads, and they came to the park tonight with a positive attitude. We had a great pregame batting practice, and it carried over into the game.

“South Alabama has a very good club and a strong tradition, so we knew we would be challenged, and I thought our kids played with great effort and enthusiasm.”

Freshman right-hander Will Hellmers (5-1), the first of eight LSU pitchers, was credited with the win as he fired two shutout innings with one walk and one strikeout. Hellmers, right-hander Blake Money and left-hander Alex Brady did not allow a hit through the first five innings of the contest.

South Alabama starter Tyler Lehrmann (1-2) was charged with the loss, as he surrendered six runs on two hits with five walks and one strikeout.

LSU opened the scoring in the bottom of the first with an RBI single by leftfielder Gavin Dugas, and the Tigers broke the game open with a six-run second inning. The uprising was highlighted by a three-run double from Doughty, an RBI single by Crews, a bases-loaded walk by Dugas, and designated hitter Cade Beloso’s run-scoring double.

Catcher Hayden Travinski belted a solo homer – his third dinger of the season – in the fourth inning, and Crews blasted a two-run shot in the seventh for his eighth home run of the year.