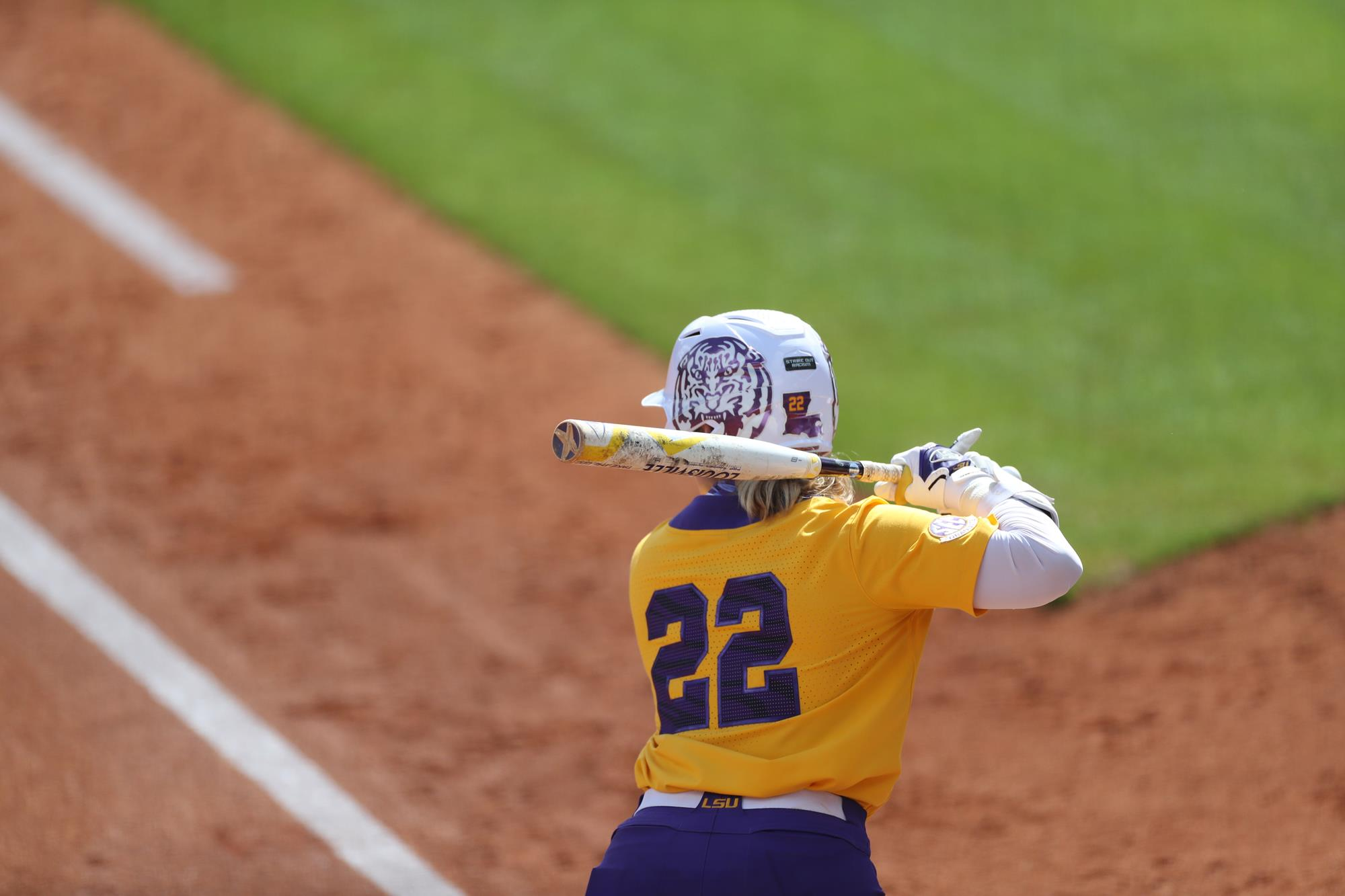 The Tigers are back home in Tiger Park for a midweek matchup against the ULM Warhawks Tuesday at 6 p.m. The game will be available on SEC Network+ and via live stats. LSU will continue SEC action at home on Thursday for a three-game series against Ole Miss.

In the bottom of the first the Gators struck first and put up three runs on four hits to take the early 3-0 lead. LSU made the switch in the circle from starter Maribeth Gorsuch to Shelbi Sunseri to get out of the inning.

Florida increased its lead to 7-0 with four runs in the bottom of the third before LSU got on the board.

In the top of the fourth Aliyah Andrews recorded the first hit of the day for the Tigers followed by a single to left field from Taylor Pleasants. Runners advanced to second and third on a groundout before Georgia Clark drove in both runs on a huge double to cut into the Gator lead, 7-2.

Ciara Briggs got it started for the Tigers in the top of the fifth inning with a leadoff triple and was plated on an RBI from Sunseri, 7-3.

Florida plated two more runs in the bottom of the fifth to increase their lead 9-3 over LSU. Despite fighting back, the Tigers couldn’t overcome the deficit and fell in the final game of the series.

Maribeth Gorsuch took the loss in the circle for the Tigers and moves to 2-1 on the season, Sunseri came in for relief and tallied five strikeouts in 5.1 innings of work.

Offensive leaders for the Tigers included Pleasants who was 2-for-3 with a double. Clark also recorded a double and two RBI, and Briggs added a triple to the mix.

“It was good to see some fight in our team. We just need to adjust earlier in the game and quit digging ourselves into a hole. We will be glad to get back into Tiger Park this week and learn from this weekend.”