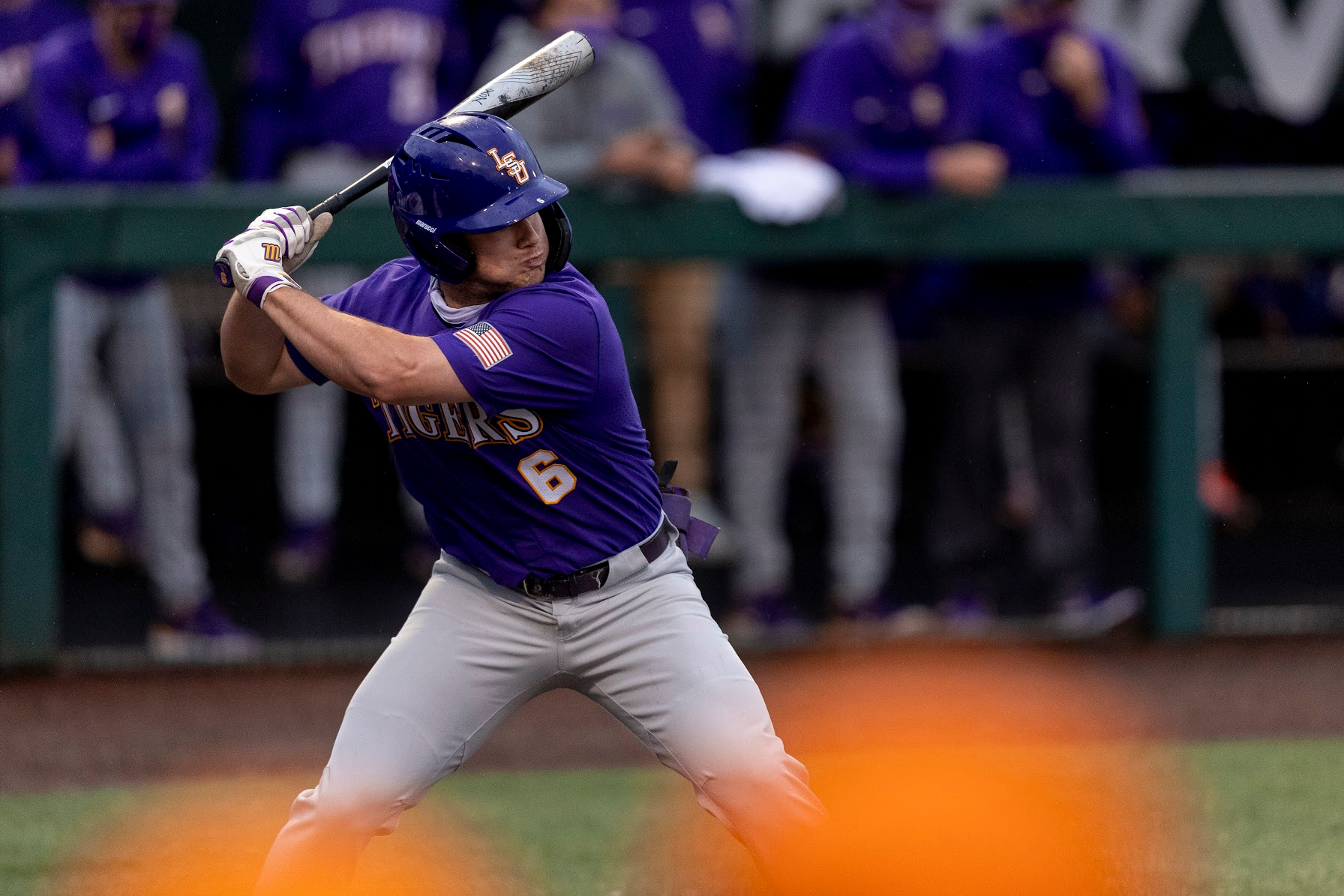 KNOXVILLE, Tenn. – First baseman Luc Lipcius lined an RBI single in the bottom of the eighth inning Sunday to give ninth-ranked Tennessee a 3-2 win over No. 14 LSU.

Earlier in the day, a home run by centerfielder Drew Gilbert in the bottom of the 11th inning lifted the Vols to a 9-8 victory.

The game may be viewed on SEC Network +, and it can be heard on affiliates of the LSU Sports Radio Network.

“It was a tough weekend, obviously, and I really hurt for our kids” said LSU coach Paul Mainieri. “They played their hearts out the entire weekend and just came up short. We were just one at-bat or one pitch away from having a successful weekend. We’re disappointed in not winning the games, but the kids played with tremendous effort and heart, and we’re going to continue work as hard as we can and look forward to our next game.”

Tennessee took a 1-0 lead in the series finale when DH Pete Derkay doubled and later scored on a single by Gilbert. The Vols expanded the lead to 2-0 in the third on an RBI groundout by rightfielder Jordan Beck.

LSU cut the deficit in half in the top of the fourth inning on a solo homer by designated hitter Cade Beloso, his second dinger of the year. The Tigers tied the game in the sixth on shortstop Jordan Thompson’s RBI single.

The Vols loaded the bases in the bottom of the eighth – the contest was schedule for seven innings – and Lipcius delivered the game-winning single against LSU reliever Garrett Edwards (0-1). Reliever Sean Hunley (4-0), also the winner in the suspended game, earned the win in the series finale.

The first game on Sunday had been suspended due to severe weather Saturday night with the Tigers leading 8-7 and batting in the top of the ninth inning.

Tennessee, however, tied the game in the bottom of the ninth on Gilbert’s double and won it with his homer. LSU reliever Devin Fontenot (1-1) was charged with the loss, and Hunley picked up the win.

LSU took the lead in the top of the first inning on Saturday when first baseman Tre’ Morgan unloaded a solo homer, his second dinger of the season.

LSU narrowed the gap to 7-5 in the seventh on Morgan’s RBI double and a run-scoring single by Arnold.

The Tigers surged ahead with three runs in the eighth as rightfielder Dylan Crews launched a solo homer, and after a single by Doughty, Dugas blasted a two-run shot to give LSU an 8-7 lead.