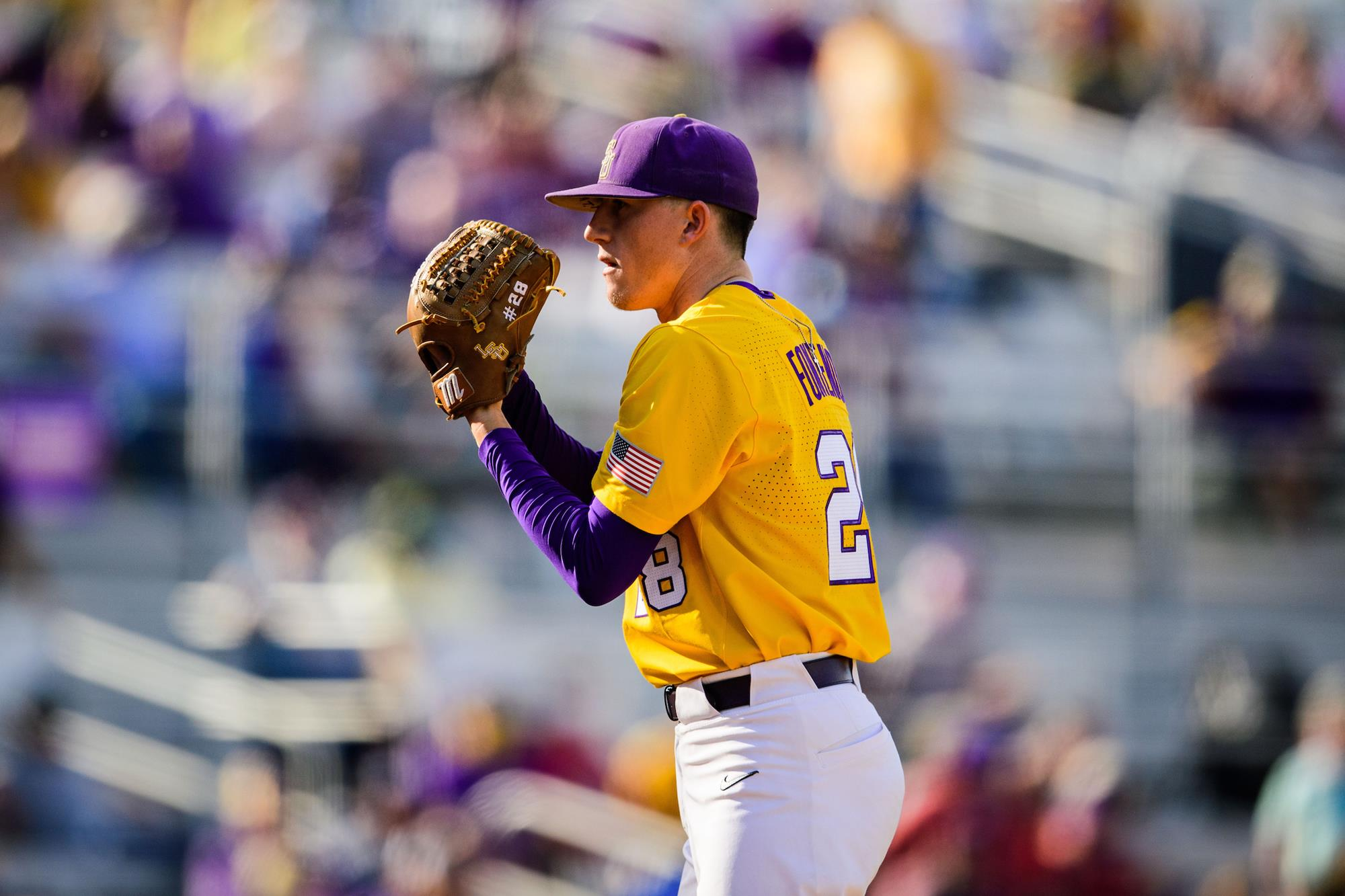 KNOXVILLE, Tenn. — Tennessee hit a walk-off home run in the bottom of the 11th inning Sunday afternoon to beat the Tigers, 9-8.

The game was resumed at 11:30 a.m. CT after being delayed in the top of the ninth inning Saturday night. At the time of the delay, LSU was leading, 8-7.

The Tigers will face the Volunteers in a seven inning contest at approximately 1:30 p.m. CT for the third game of the weekend series. It will be available to watch on SEC Network+ and to listen to on affiliates of the LSU Sports Radio Network.

LSU took the lead in the top of the first inning when first baseman Tre’ Morgan unloaded a solo homer, his second dinger of the season.

LSU narrowed the gap to 7-5 in the seventh on Morgan’s RBI double and a run-scoring single by second baseman Zach Arnold.

The Tigers surged ahead with three runs in the eighth as rightfielder Dylan Crews launched a solo homer, and after a single by third baseman Cade Doughty, Dugas blasted a two-run shot to give LSU an 8-7 lead.

The game resumed with Arnold up to bat in a full count with none on and no outs.