Softball Falls 7-4 Against No. 5 Florida 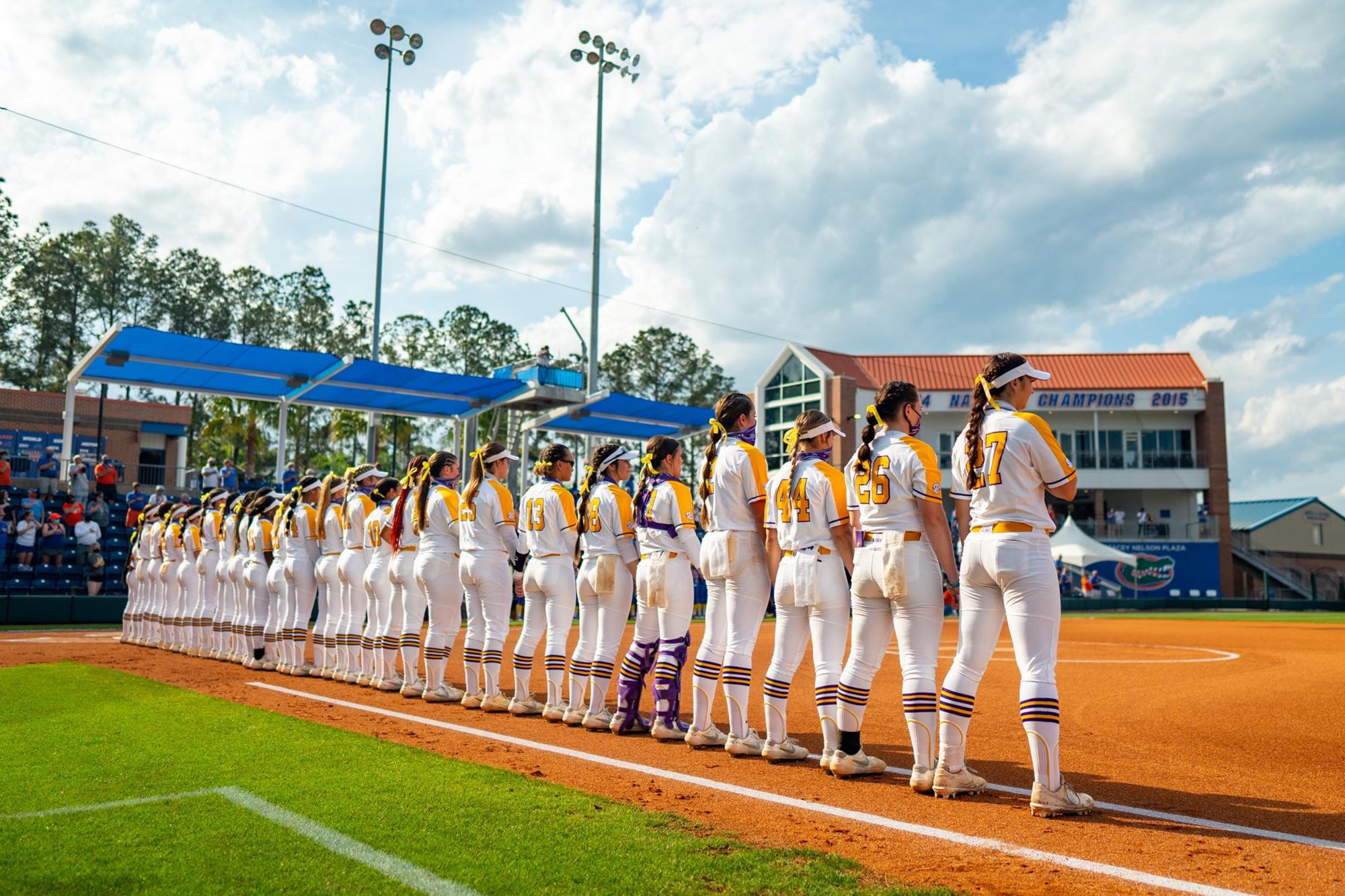 The Tigers face off with Florida in their final game of the series tomorrow at 10 a.m. CT, the game will be available on SEC Network+ and via live stats.

The Gators got on the board first in the bottom of the first inning, scoring four runs before the Tigers made a change in the circle from Ali Kilponen to Shelby Wickersham. Wickersham was able to get the Tigers out of the inning without any more damage.

Florida picked up one run in the second inning and one in the third to take a 6-0 lead before LSU was able to manufacture some runs.

LSU got the bats going in the top of the fourth inning as Taylor Pleasants and Amanda Doyle with back-to-back singles. With runners on first and third with no outs, Georgia Clark hit into a fielder’s choice to get Pleasants across the plate and the Tigers on the scoreboard. The Tigers continued to load up the bases with a walk to Raeleen Gutierrez and a single by Ciara Briggs.

Shelbi Sunseri came up with a huge double off the centerfield wall to score Doyle and Gutierrez, cutting the Gators lead to 6-3. Florida made a pitching change but LSU was able to get more run across the plate as Danieca Coffey got her second hit of the game with two outs to score Briggs, 6-4.

Florida was able to plate one more run in the fifth inning and a huge relay from left fielder Karrington Houshmandzadeh thru the shortstop Pleasants to catcher Cait Calland to tag the runner stopped the Gators’ momentum and the inning, 7-4.

Kilponen took the loss in the circle for the Tigers moving to 5-4 on the year. Wickersham added four strikeouts in 3.2 innings of relief for the Tigers. Maribeth Gorsuch closed out the game for the second day in a row.

At the plate Coffey went 2-for-3 and tallied an RBI, Pleasants went 2-for-4 and scored a run, while Sunseri recorded two RBI off a double that helped shift the momentum in the fourth for the Tigers.

“I thought our team battled in the fourth inning and was able to come through and score some runs to get us back within striking distance. But we just couldn’t seem to finish the job tonight.”