Softball Falls in Game One to No. 5 Florida 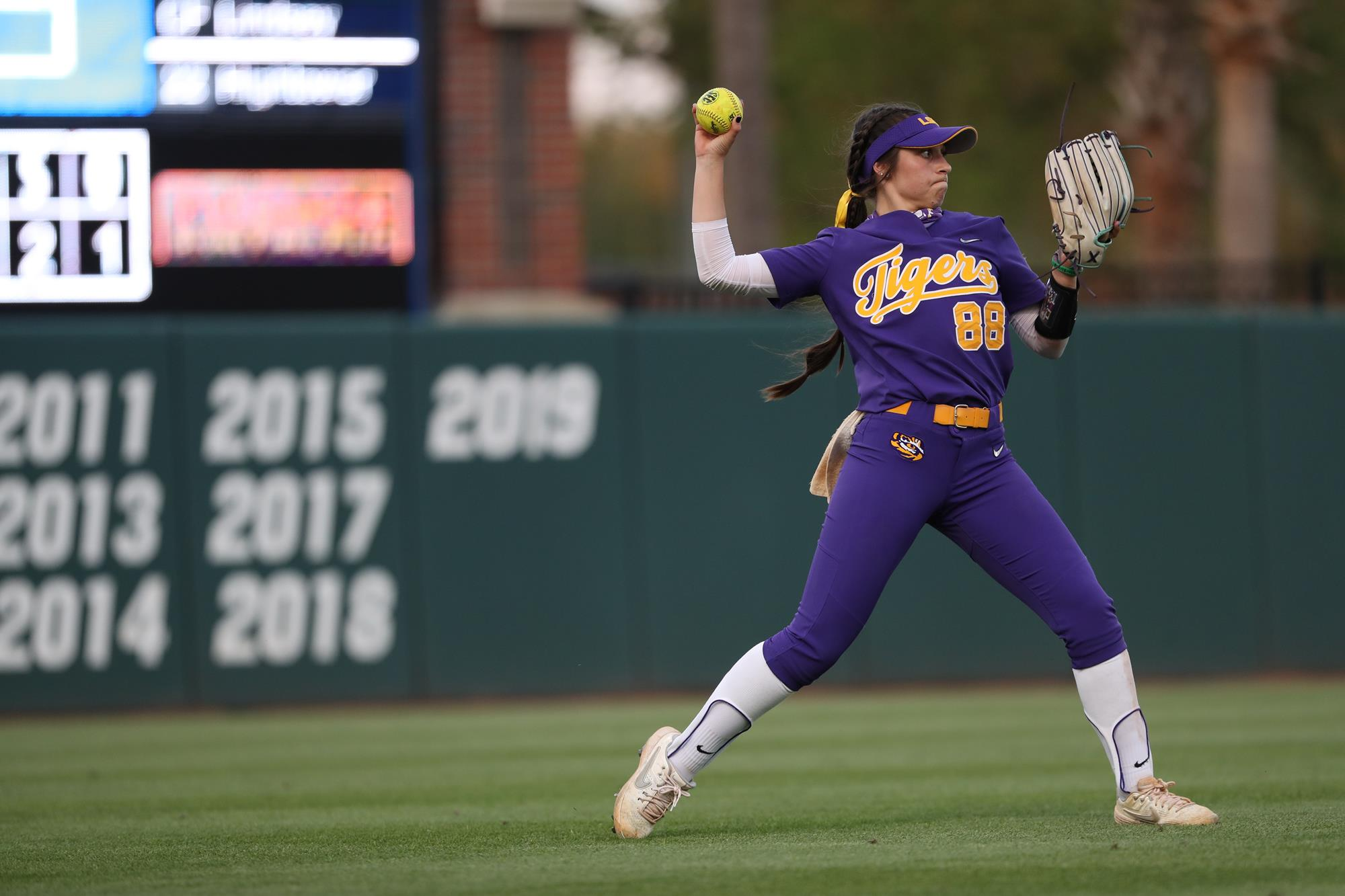 The Tigers were able to place two runners on base in the top of the first inning but a play at the plate ended the threat without scoring a run.

The two teams entered a pitcher’s duel through the first few innings but Florida was able to score first. The Gators plated two runs on a single up the middle in the bottom of the third inning to take an early lead.

In the bottom of the fifth the Gators put two runners on base but a huge strikeout from starter Shelbi Sunseri in the circle ended the threat.

Florida added three runs in the bottom of the sixth inning on a three-run home run to increase its lead to 5-0. LSU made a switch in the circle to Maribeth Gorsuch who got three consecutive outs to end the inning.

In the top of the seventh Raeleen Gutierrez launched a double off the center field wall with one out, but the Tigers weren’t able to capitalize on the momentum and fell in game one 5-0.

Sunseri took the loss in the circle for the Tigers and moved to 5-3 on the season. Georgia Clark, Danieca Coffey, and Gutierrez were the only three Tigers to record hits in the game.

“I think Florida is a really solid team. They are always well-prepared. I think we need to show up with our best game and we didn’t have it tonight. I think if you try to attack a team like that without your best stuff then you are going to come up on the wrong end of that. So we show up with a different outlook tomorrow and hopefully we’ll play better.”