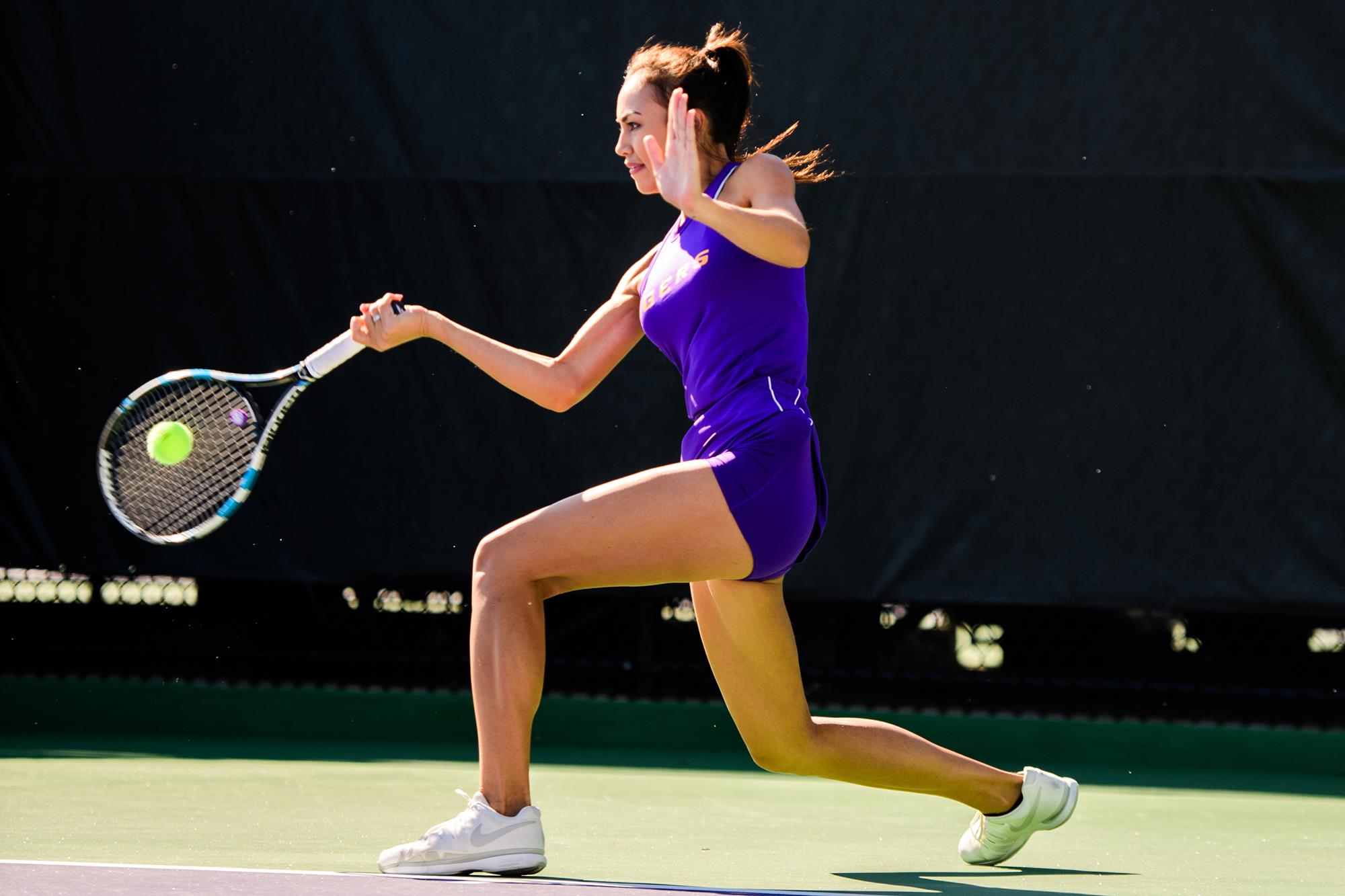 “We’re excited for yet another Top 25 match,” co-head coach Michael Sell said. “The team kept its focus during the bye week while also getting some rest and recovery. The final stretch of the regular season is here and we’re ready to continue to show how good this team is and the growth we’re continuing to make.”

LSU and Texas A&M have faced off 45 times over the years, with the Aggies holding a 29-16 advantage in the series. When the teams last met in 2019, Texas A&M defeated LSU by a score of 4-1 at the LSU Tennis Complex.

The Aggies currently sit at 11-4 overall and 3-2 in SEC play, with their conference defeats coming to Florida and Kentucky. Last time out, Texas A&M grabbed a 4-2 win on the road versus then-No. 14 Vanderbilt.

Texas A&M is led by Tatiana Makarova, whose team-high 18 wins in singles play sees her ranked No. 52 in the latest singles rankings. Her ten wins in the dual season has her tied with teammate Dorthea Faa-Hviding, who currently sits a perfect 10-0 in dual play playing primarily at the No. 3 and 4 singles spot for the Aggies.

The Tigers split the home weekend at 1-1, falling to No. 3 Georgia 4-0 on Friday night before bouncing back on Sunday afternoon with a 4-2 win over the then-No. 23 Tennessee Volunteers.

Seniors Taylor Bridges and Paris Corley have led the Tigers this season in singles play. In the latest Oracle/ITA Singles Rankings, Bridges moved up two spots to No. 39. Playing at the No. 1 singles spot for the Tigers, Bridges has tallied a 7-4 record in dual play and sits second on the team in overall singles wins with a 13-7 record, three of which came against ranked opponents.

Corley’s strong season of singles play thus far saw her make her debut in the singles rankings this week at No. 58. Corley has earned a 6-3 record in dual play while playing primarily at the No. 3 spot for the Tigers; Overall, Corley’s 14-4 record sees her currently lead the team in singles wins.

Sophomore Safiya Carrington rounds out the Tigers ranked in singles, checking in at No. 106. Carrington has notched four wins in dual play for the Tigers, and eight overall in the 2020-21 season. In doubles, senior Eden Richardson and sophomore Nina Geissler represent the team at No. 77. The duo has grabbed four wins playing at the No. 1 spot, including two wins over ranked duos.