Men’s Golf Leads Old Waverly Collegiate After Round One 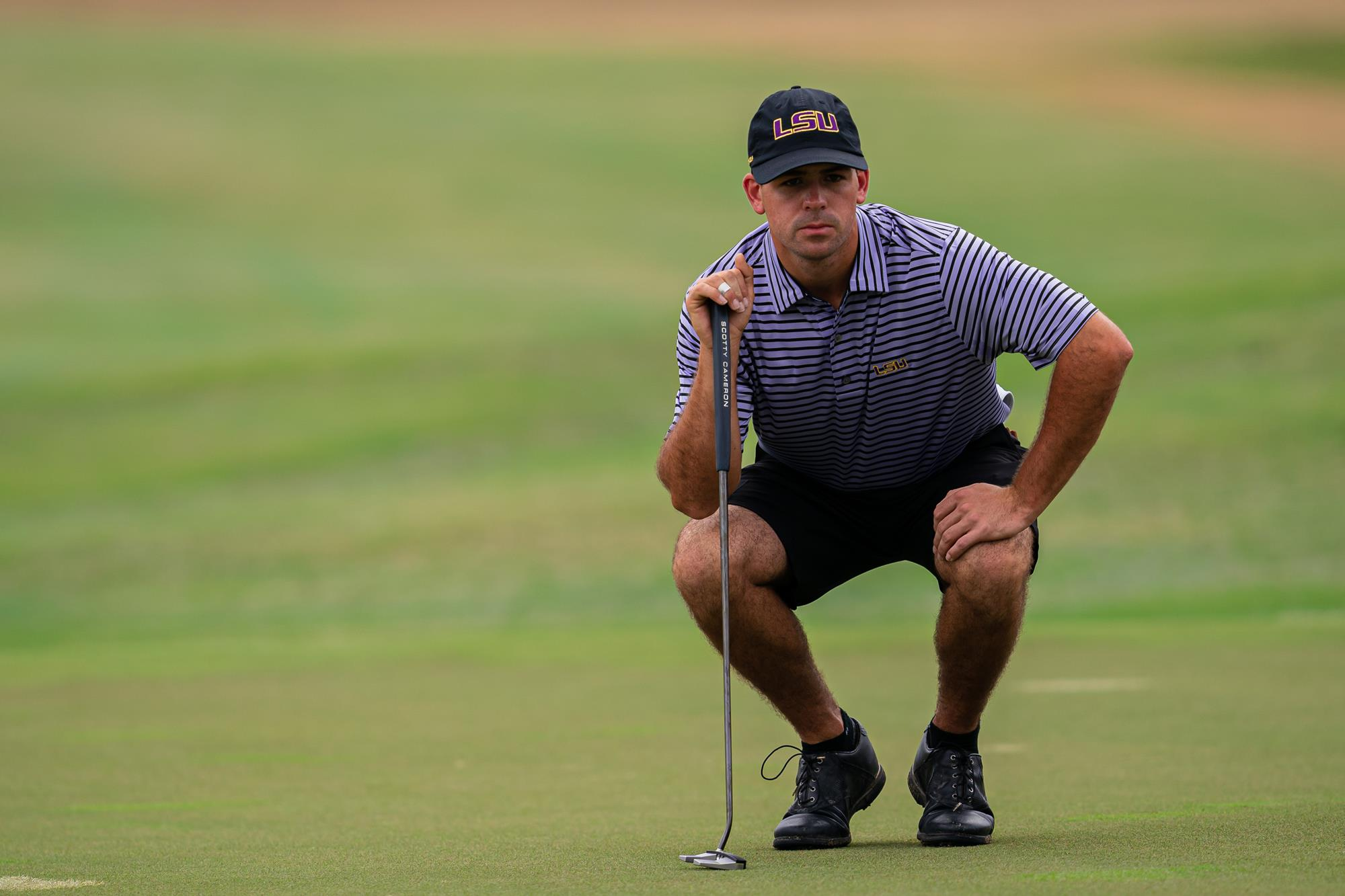 Connor Gaunt was the catalyst for LSU on day one with a smooth 4-under 68 that featured five birdies, 12 pars, and only one bogey. He made the turn at 1-under 35 and then proceeded to card a 3-under 33 on the back with three birdies and six pars. The 68 (-4) has Gaunt in a three-way tie for second, one shot off the pace of Mississippi State’s Flord Clegg.

Garrett Barber (-2) and Nicholas Arcement (-1) came in at under par as well on the day for the Tigers. Barber turned in a workmanlike 2-under 70 that featured three birdies, all of which came on par 5, to go along with 14 pars and a bogey. Arcement came out the gates hot with a opening 3-under 33 on the front nine before carding a 2-over 38 on the closing nine. Barber is tied for eighth and Arcement is in a tie for 15th.

Drew Doyle turned in the final counting score for LSU with a even par 72 that had four birdies, 10 pars, and four bogeys; Doyle is currently tied for 25th. Michael Sanders and Chris Woollam both carded 4-over 76s and are tied for 69th.

LSU will tee it up for round two starting at 9:40 a.m. CT on Saturday. Sanders, Doyle, Arcement, Barber, and Gaunt will go off in 10-minute increments from the first tee; Woollam will begin play at 8:10 a.m. from the 10th tee.