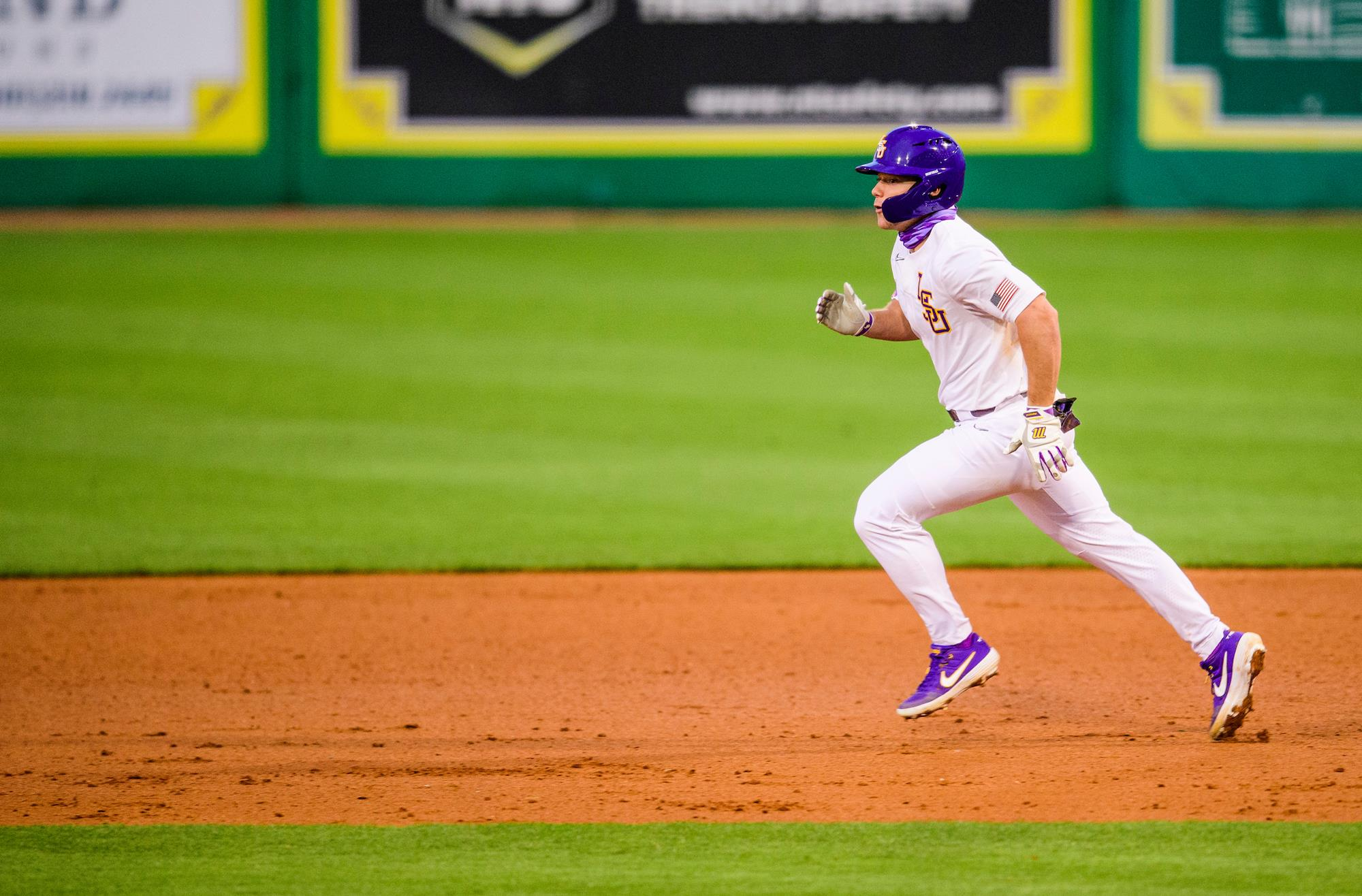 KNOXVILLE, Tenn. – Tennessee right-hander Chad Dallas limited No. 14 LSU to one run in seven innings Friday night to lead the ninth-ranked Volunteers to a 3-1 victory in Lindsey Nelson Stadium.

The teams will meet in Game 2 of the series at 5 p.m. CT Saturday in Lindsey Nelson Stadium. The contest may be viewed on SEC Network +, and it can be heard on affiliates of the LSU Sports Radio Network.

Dallas (4-0) threw 101 pitches in seven innings of work, allowing one run on five hits with one walk and 11 strikeouts.

LSU starter Landon Marceaux (2-2) was charged with the loss as he gave up two runs – one earned – on three hits in five innings with three walks and nine strikeouts.

Reliever Sean Hunley fired two scoreless innings with one walk and one strikeout to earn his second save of the season.

“It’s frustrating for everybody when you don’t score runs,” said LSU coach Paul Mainieri. “You tip your hat to their pitcher, he was really good, but you know you’re going to face great arms every night in this league. You’ve got to come up with answers and compete against the best pitchers in the country.

“It was another hard-fought, tough SEC game. Landon pitched his heart out and worked hard for everything that he got. We just couldn’t muster enough offense tonight.”

LSU opened the scoring in the top of the second inning when leftfielder Gavin Dugas launched a solo homer, his fifth dinger of the year.

Tennessee took the lead in the third when shortstop Liam Spence doubled, moved to third on a groundout by designated hitter Pete Derkay and scored on triple by third baseman Jake Rucker. A passed ball by catcher Hayden Travinski allowed Rucker to score from third with the go-ahead run.

Tennessee’s first run in the third inning ended Marceaux’s remarkable streak of 33.2 consecutive innings without allowing an earned run, a streak that began in his final appearance of the 2020 season.

The Vols extended the lead to 3-1 in the eighth against reliever Will Hellmers when centerfielder Drew Gilbert lined an RBI double. Hellmers later ended the inning and avoided further damage by getting first baseman Luc Lipcius to ground into a double play with the bases loaded.

Dugas led off the LSU ninth with a walk before pinch hitter Brody Drost grounded into a 4-6-3 double play on a superb defensive effort by second baseman Max Ferguson when it appeared the ball was headed to the outfield.