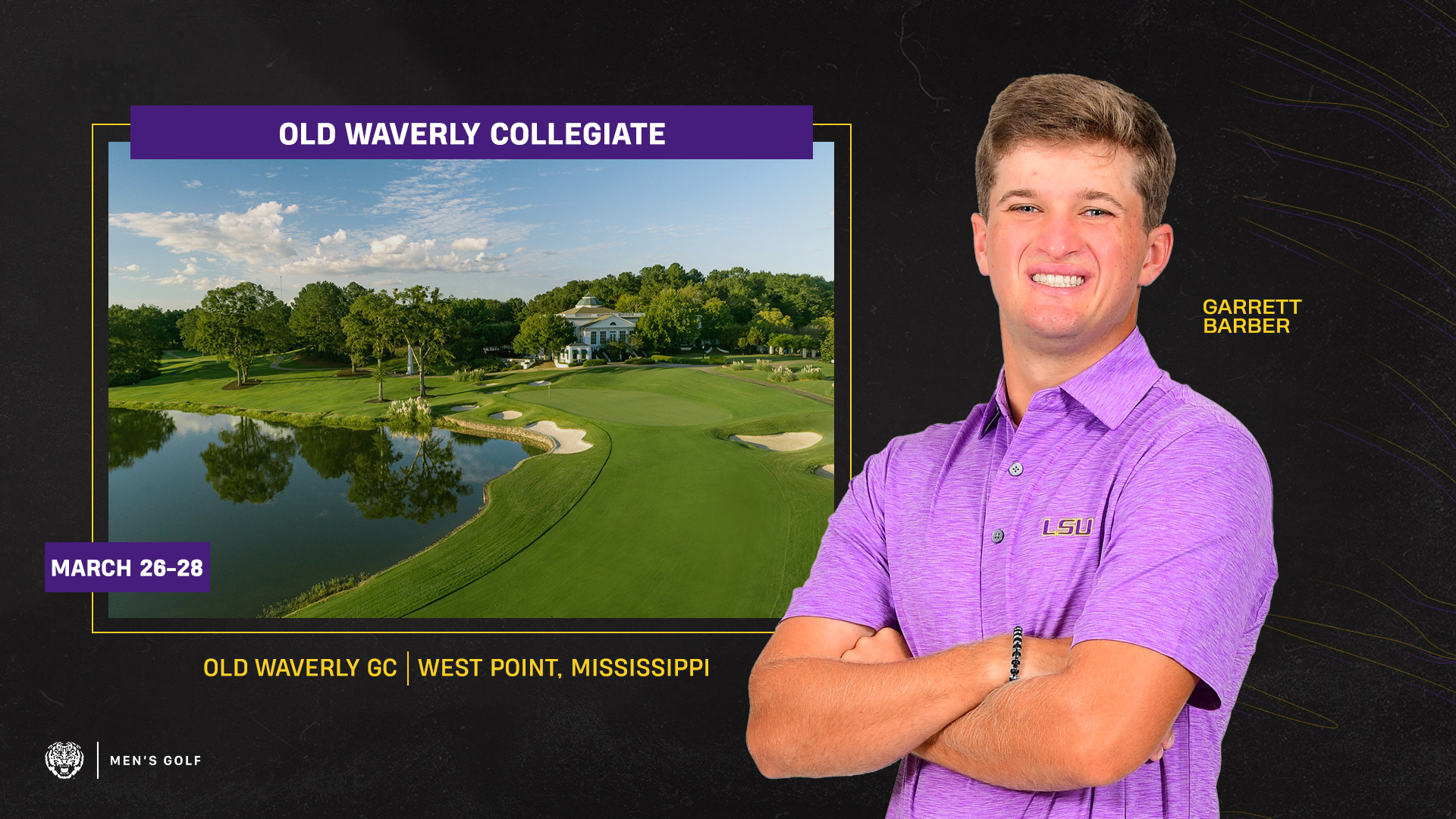 Mississippi State is hosting the tournament that is welcoming 12 additional teams to the event in addition to the Tigers. Friday’s play begins at 10 a.m. CT and the following two days of play will begin at 8 a.m. CT; LSU will tee off at 11:40 a.m. CT on Friday morning alongside Arkansas and Alabama. Seven teams ranked in the top 25 alongside the No. 25 LSU Tigers will be in action including No. 9 Texas A&M, No. 10 Vanderbilt, No. 13 Georgia, No. 20 Texas Tech, No. 21 Tennessee, No. 22 Arkansas, and No. 24 Alabama.

LSU will go with a starting lineup of Garrett Barber, Nicholas Arcement, Drew Doyle, Michael Sanders, and Connor Gaunt. Chris Woollam will also make the trip and play as and individual. This same lineup produced LSU’s best finish of the season two weeks ago with a tie for third place at the Tiger Invitational in Opelika, Alabama.