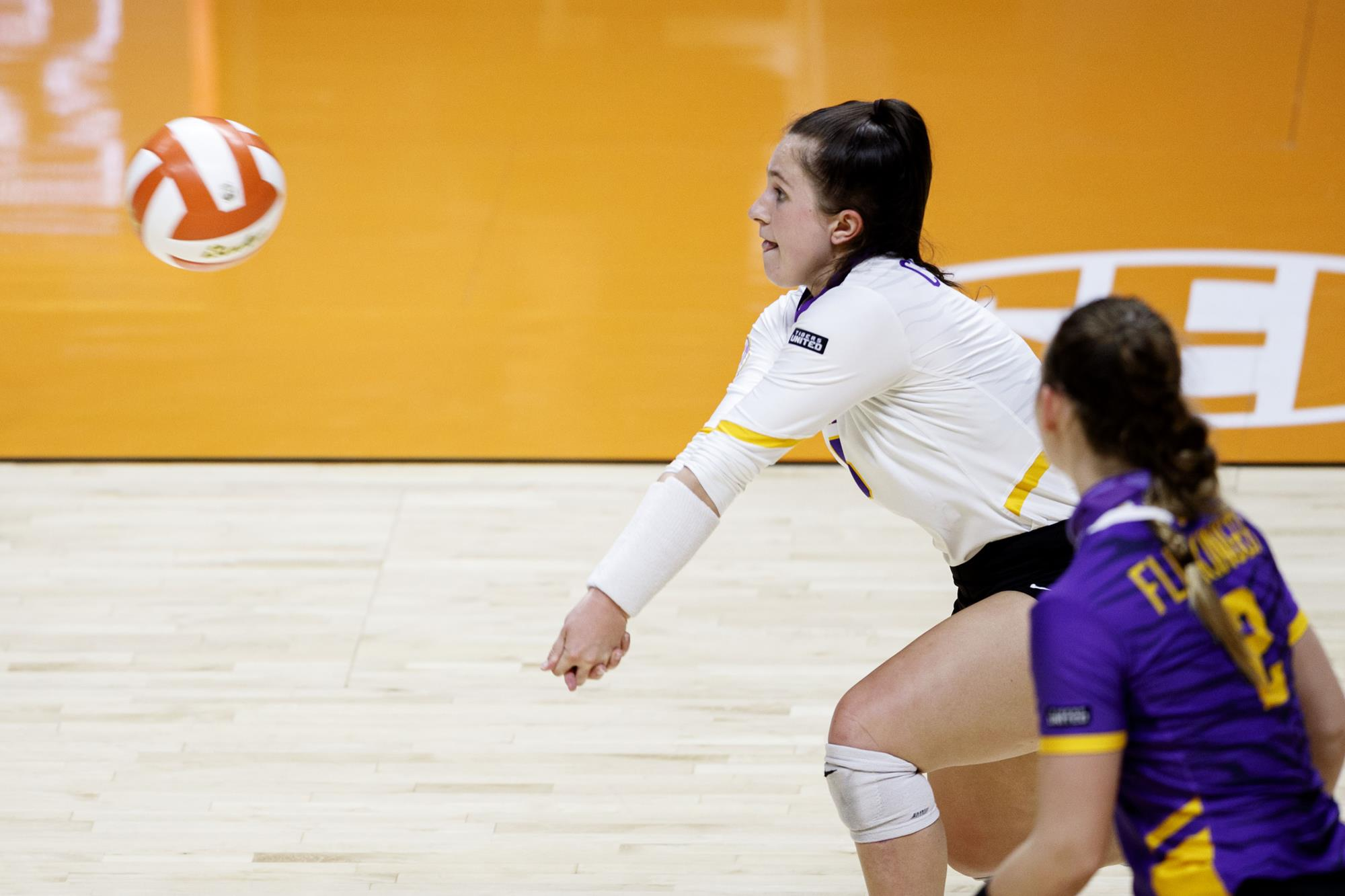 KNOXVILLE, Tenn. – The LSU Volleyball team fell to Tennessee in five sets, wrapping up the longest season in program history which started 159 days ago.

“This match was as close as it could have been,” said head coach Fran Flory. “I’m super proud of our kids. They fought as hard as they possibly could and they worked super hard. A great learning experience and great job being able to get people some extra opportunities and playing time.”

The 2020-21 season will go down as the only season in which the Tigers have played countable volleyball matches in a spring semester. After splitting six matches in the fall, the Tigers went 6-10 throughout the unprecedented spring season.

The Tigers were led in kills by Taylor Bannister, who finished with 22. She also had 16 digs, giving her a double-double for the match. Hannah Brister added 11 kills and Whitney Foreman finished with 10.

Karli Rose finished with 26 assists to lead the team. She also added 13 digs, giving her a double-double for the afternoon. Alia Williams also added 20 assists of her own to help pace the match for LSU.

Aside from Bannister and Rose, two other Tigers finished with double-digit digs. Raigen Cianciulli had 19 and Brister finished with 11, giving her a double-double with kills and digs.