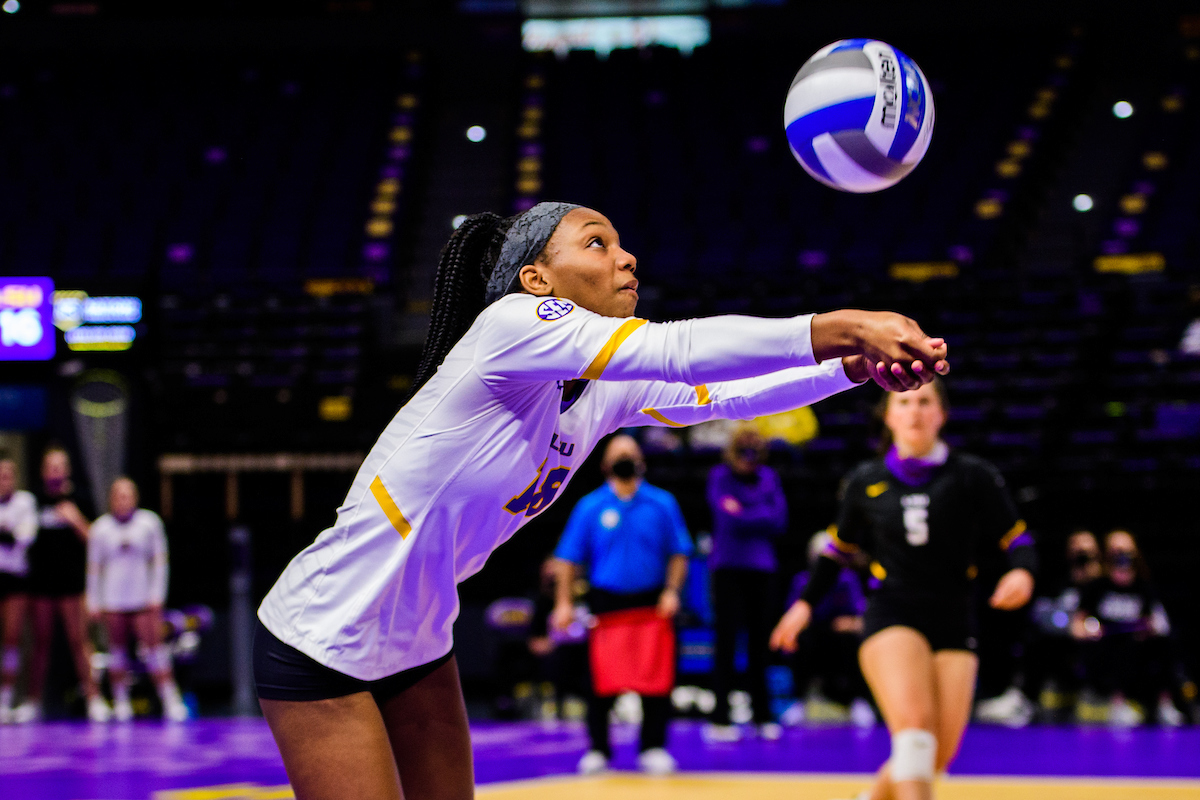 Knoxville, Tenn. – LSU Volleyball’s (9-12) four-match win streak came to an end on Wednesday as the Tigers lost in four sets at Tennessee (11-8) in the Thompson-Boling Arena.

LSU will wrap up its season Thursday against the Lady Volunteers with first-serve scheduled for 1 p.m. CT on the SEC Network +.

“We have to be tougher tomorrow and we have to clean up the first contact,” said head coach Fran Flory. “Our serving and passing did not allow us to get Tennessee in trouble for long enough. We were very streaky which is not normal for us. I think if we’ll just stabilize and not have the ups and downs that we did today, we’ll have a better outcome tomorrow.”

Taylor Bannister led the Tigers in kills, finishing with 13. Whitney Foreman had 11 for the match on a .588 hitting percentage. Paige Flickinger and Hannah Brister each added eight kills.

Karli Rose had 42 assists, which led the team and helped pace the match. She also finished with 12 digs, giving her a double-double for the afternoon, her ninth of the season. Bannister and Brister each added nine digs of their own.

LSU struggled to score though, hitting just .197 compared to Tennessee’s .226.

“We did not play a very efficient, normal style,” Flory explained. “We were high-error offensively, which is not normal for us.”

Morgahn Fingall had 23 kills for the Lady Volunteers and Madison Bryant and Lily Felts paced the Lady Vols in digs with 13 and 10, respectively.

Highlights vs. No. 20 Arkansas

Highlights vs. No. 20 Arkansas