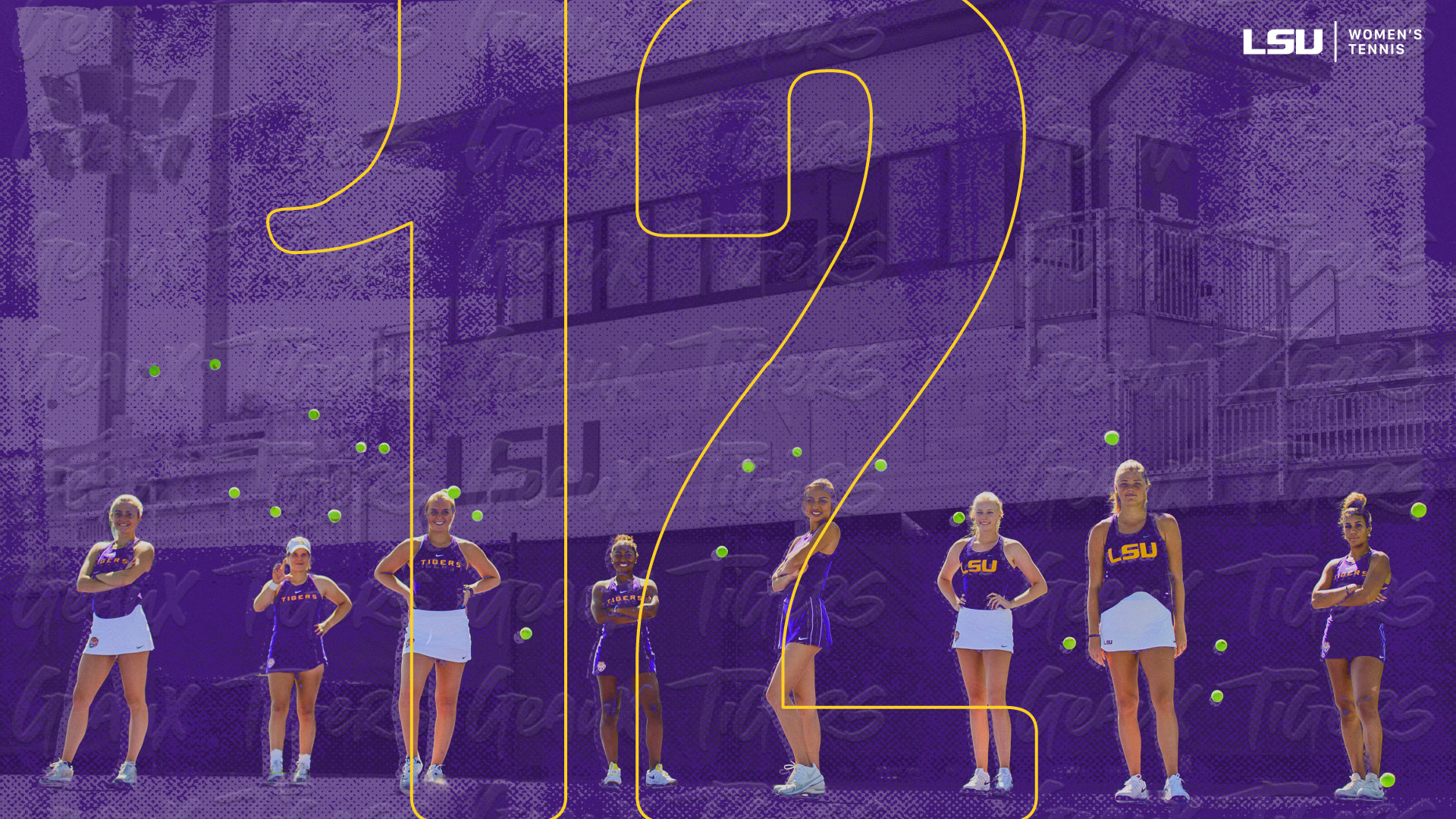 This is LSU’s sixth consecutive week in the Top 25, and second straight week of moving up in the polls. The Tigers’ No. 12 ranking is the highest team ranking since the 2019 season.

For the first time since the start of the dual season, the individual rankings have also been updated. Senior Taylor Bridges moved up two spots to No. 39 in the singles rankings. Playing at the No. 1 singles spot for the Tigers, Bridges has tallied a 7-4 record in dual play and sits second on the team in overall singles wins with a 13-7 record.

Senior Paris Corley makes her debut in the singles rankings for the 2021 season, coming in at No. 58. Corley’s enjoyed a strong season of singles play, earning a 6-3 record in dual play while playing primarily at the No. 3 spot for the Tigers. Overall, Corley’s 14-4 record sees her currently lead the team in singles wins.

Sophomore Safiya Carrington rounds out the Tigers ranked in singles, checking in at No. 106. Carrington has notched four wins in dual play for the Tigers, and eight overall in the 2020-21 season.

In doubles, senior Eden Richardson and sophomore Nina Geissler represent the team at No. 77. The duo has grabbed four wins playing at the No. 1 doubles position for the Tigers, including two wins over ranked duos.

No. 12 LSU returns to action on the road when they take on No. 20 Texas A&M in College Station at noon CT on Saturday, March 27.