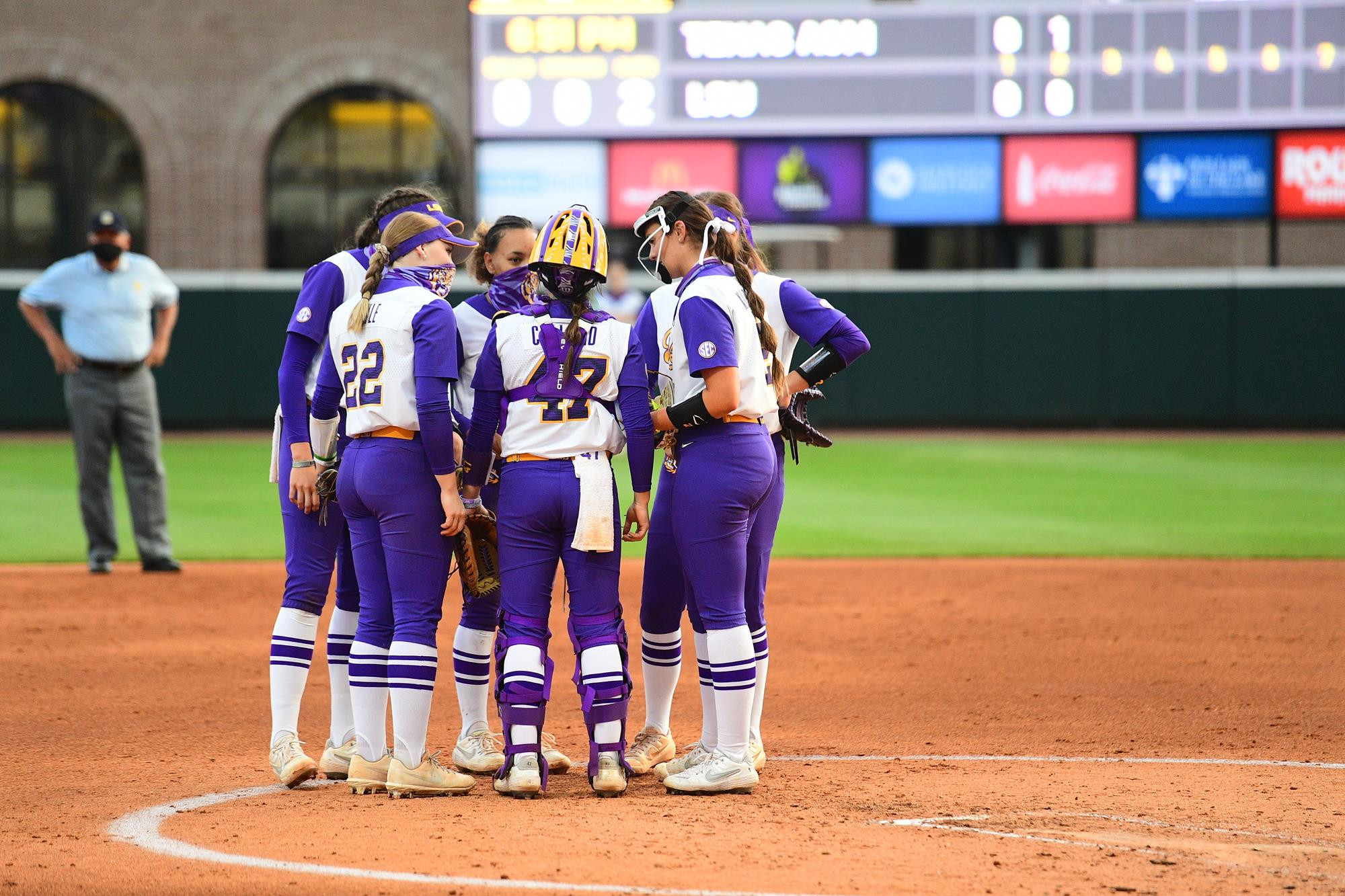 The Tigers head to South Alabama for a midweek matchup on Wednesday at 6:30 p.m. This game will be available on ESPN+ and via live stats. The Tigers are on the road this weekend where they’ll face off in a three-game series against No. 5 Florida.

In the top of second the Aggies put a runner on second and plated a run on a hit to center field, but quick defense from the Tigers limited the damage to one.

It was a pitcher’s duel throughout much of the rest of the game, but in the bottom of the fifth, Ali Newland earned a leadoff walk and Taryn Antoine entered to pinch run. Aliyah Andrews slapped a hard hit through to the left side that plated Antoine from second to even the score.

The Tigers capitalized on an Aggie miscue to plate their second run of the inning and loaded the bases with two outs. Texas A&M recorded a wild pitch followed by an error that resulted in Andrews and Taylor Pleasants scoring on the play. The Tigers ended the inning scoring four and taking a 4-1 lead.

Ali Kilponen earned the win in the circle for the Tigers with nine strikeouts on the night, she moves to 5-3 on the year.

Andrews went 1-for-2 on the night and was responsible for the hit that changed the momentum in favor of the Tigers in the fifth. Taylor Pleasants had the other hit for the Tigers.

On grinding this weekend & the team’s resilience…

“She is just so talented. She is a really special player and pitcher. Our team plays well behind her. She brings such good energy to the field. They like having her out there and she fires them up. She has a lot of different weapons she can use, and she is able to move it around the zone with good velocity. There is just so many good things from her.”

“We have to make sure that we are using what the game gives us and that we are taking in all the information and being intelligent about it. We have to use it in the right way to help us. I think that they are talking in the dugout, and they are talking in the game, and that is a big key. Another big key is just the veterans continuing to lead them and have good communication.”