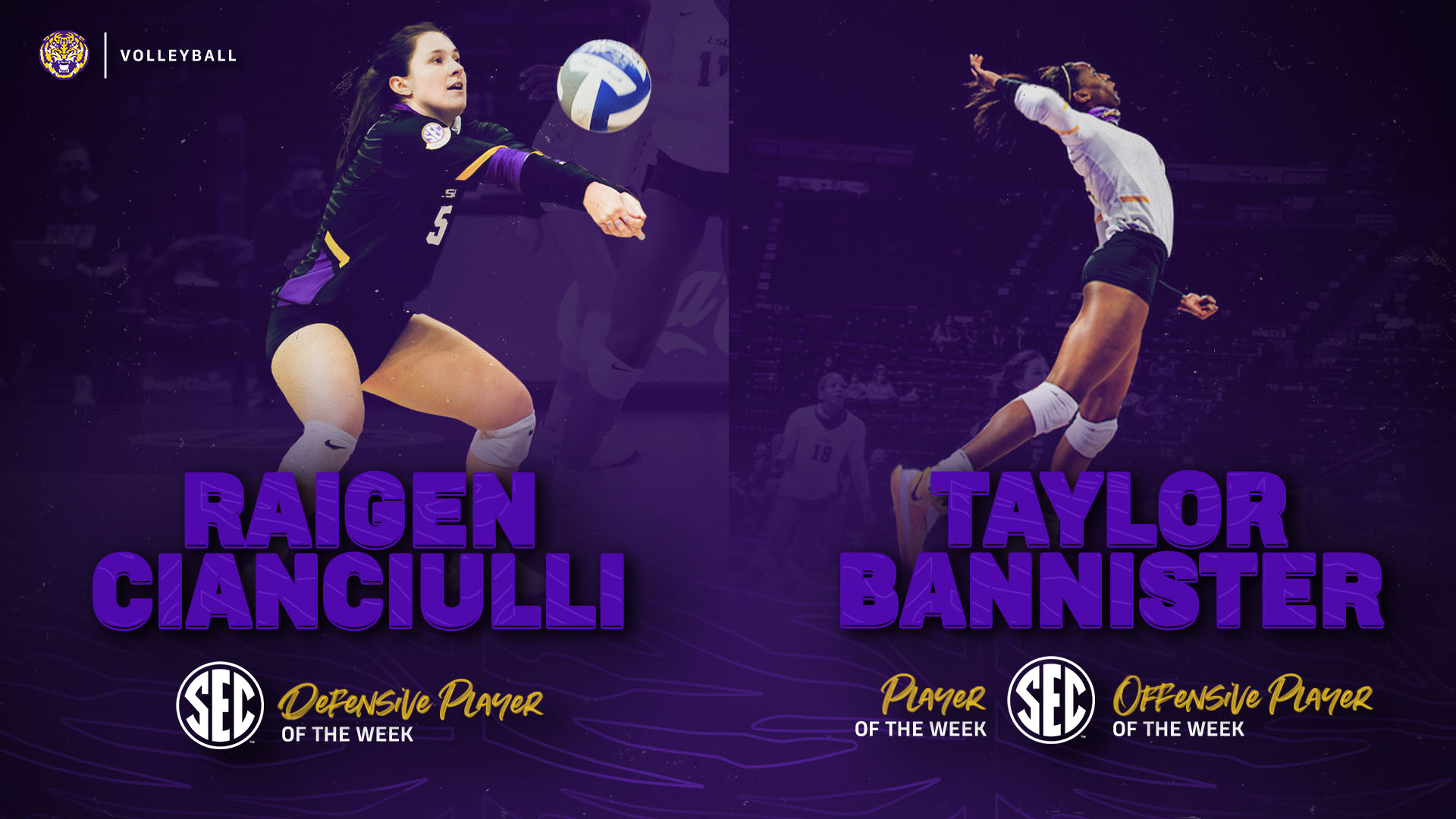 Bannister and Cianciulli are two of the best players in program history. Over the weekend Bannister moved to No. 2 on LSU’s all-time kills list with 1,605 career kills and Cianciulli holds LSU’s record for career digs, currently with 1,735.

Together they have helped lead LSU to a four-match win streak for the first time since 2018. LSU has swept South Carolina and Georgia in consecutive weeks. The Tigers will finish their season on Wednesday and Thursday in Knoxville at Tennessee.

It has been impossible for teams to stop Bannister over the past two weeks. After putting up great numbers two weekends ago against South Carolina, Bannister exploded this past weekend against Georgia, putting up numbers that should put her into contention for National Player of the Week too.

On Friday against the Bulldogs, Bannister had 30 kills on a .481 hitting percentage. Her 30th kill ended the match as the Tigers won in five sets and marked the highest kill total in an SEC match this season. It was also just the second time she has recorded at least 30 kills, the other coming in 2018 against SMU when she had 36. The .481 hitting percentage was the third highest mark of her career in matches with at least 20 attacks.

She followed that up on Saturday with an 18 kill performance in a four-set win for LSU. Throughout the weekend, Bannister averaged 5.33 kills per set, 5.94 points per set and had a .354 hitting percentage. Her 4.43 kills per set throughout the season is currently the second highest mark in the SEC.

During Friday’s match, Cianciulli recorded just her second career double-double with 10 assists and 20 digs. On Saturday she had 27 digs and six assists.