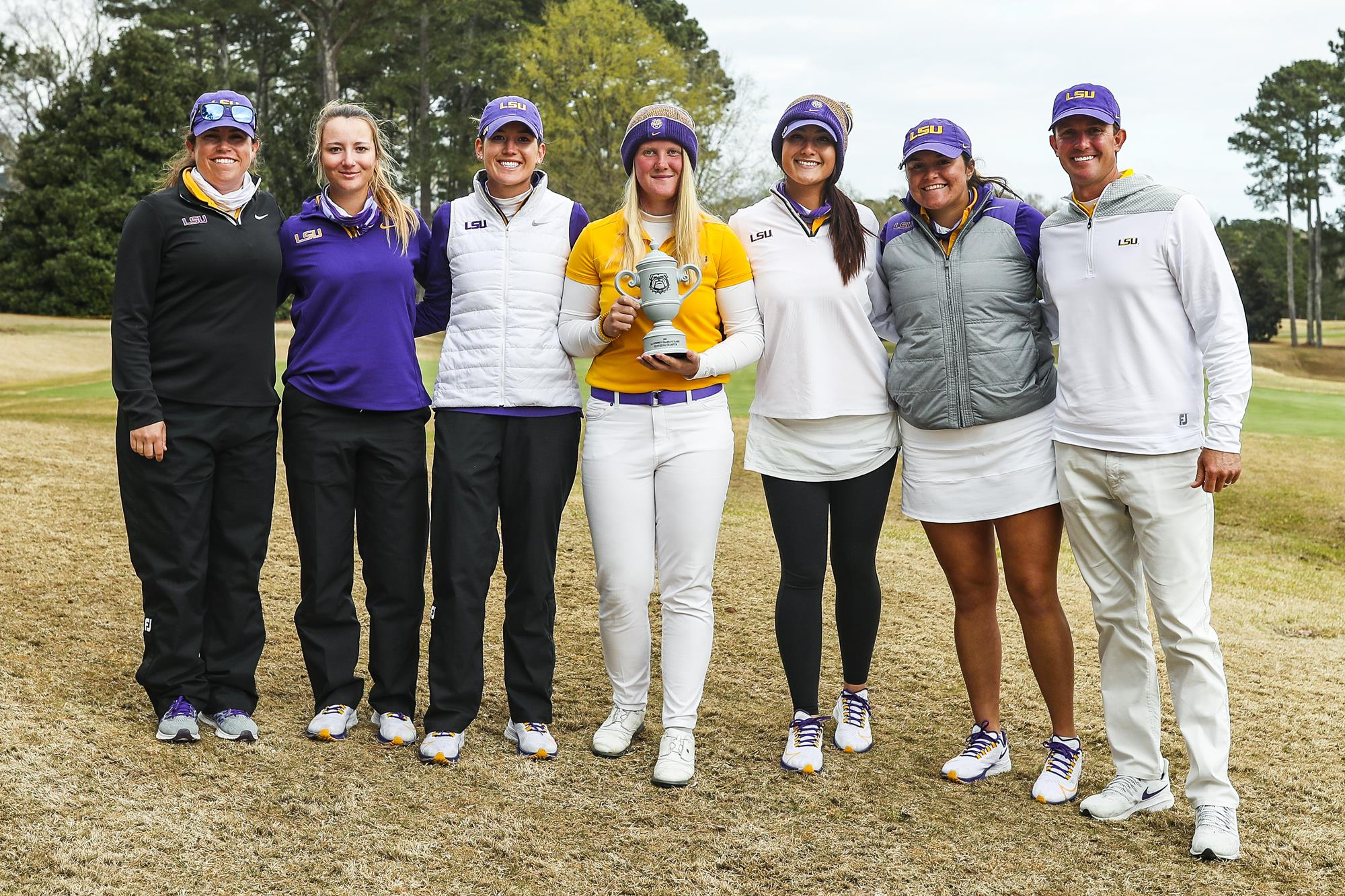 ATHENS, Ga. – LSU sophomore Ingrid Lindblad earned her first tournament title of the season on Sunday at the Liz Murphey Collegiate Classic at the University of Georgia Golf Course. It is the third tournament crown of her collegiate career. Lindblad finished the tournament at 4-under 212.

“Very excited for Ingrid as she played extremely well earning her third individual win,” said head coach Garrett Runion. “It was jump started by her collegiate career low and women’s tournament course record of 8-under 64 that was very impressive. With cold temperatures and high winds, we struggled at the start of our second and third round but rallied both days on the back nine to pick up some key wins over some good teams. Next we host our home tournament which we have been looking forward to and will be motivated to show off University Club (UC) and play our best.”

Lindblad continues to finish in the Top-10 at each tournament this season. She finished the round with two consecutive birdies on No. 17 and 18 to claim the victory. Her first-round score of 8-under 64 puts her in a three-way tie for LSU’s school record for a single low round.

Latanna Stone and Presley Baggett both contributed to the team scoring during the tournament, shooting 18-over total of 234 and 26-over total of 242 finishing T55 and T83.

Up next for Lindblad is the Augusta National Women’s Amateur on March 31-April 3. For the Tigers as a team, they will close out the regular season hosting the LSU Tiger Golf Classic on April 6th and 7th at the University Club.