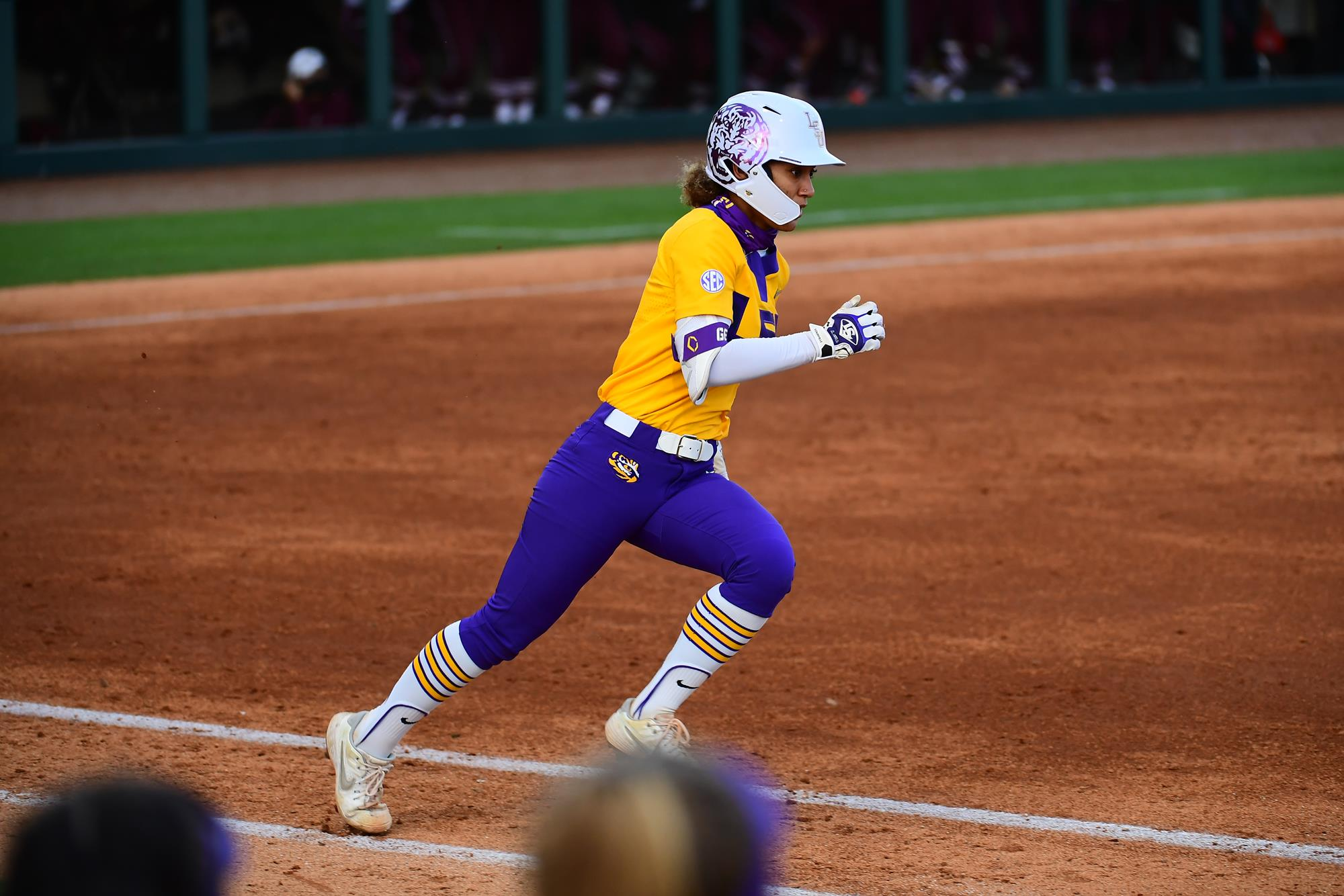 The Tigers are set to close out the series against the Aggies Monday at 6 pm. The game will air on SEC Network and will be available via live stats.

In the top of the third, the Aggies put two runners on and were able to plate one run off a single through the right side but a huge strikeout from Sunseri limited the damage to one.

In the home half of the fourth, Danieca Coffey had a lead-off single to center and advanced to third. Doyle and Sunseri both drew walks to load the bases with two outs. Gutierrez put the ball in play in the infield and forced an Texas A&M error to plate Coffey from third, this allowed the Tigers to take a 4-0 lead over the Aggies.

Ali Newland smoked an infield single in the bottom of the fifth, and Taryn Antoine entered to pinch run. Coffey sent a shot up the middle that forced an Texas A&M miscue to advance to second and move Antoine to third. The Tigers loaded the bases with two outs and Doyle laced a double into right field to plate two Tigers, taking a 6-0 lead late in the game.

The Tigers kept the Texas A&M offense at bay and secured the 6-1 win in the second game of the series.

Sunseri tallied eight strikeouts on the night and earned the win in the circle for the Tigers moving to 5-2 on the season.

Leading the Tigers offense was Doyle, Gutierrez, and Sunseri with two RBI a piece. Doyle and Gutierrez both recorded doubles while Sunseri added a homerun for the Tigers.  Clark and Coffey also contributed to the offense tonight both going 2-for-3 at the plate.

The way the team responded tonight…

“What a difference scoring first makes in a game. It gives us room to breathe and room to work. Scoring first but then continuing to score throughout the game makes a huge difference for our team.”

“She did a great job of mixing speeds and the way she keeps the offense off balance is key for us. I was really happy with her performance today, not just today but overall her last few appearances in the circle; I think she’s looking really good right now.”

Thoughts on the offense tonight…

“So many good things happened tonight, we put Raeleen Gutierrez in there and I was really pleased with how she came out tonight for us. It was good to see Georgia Clark out there today and also Shelbi Sunseri setting the tone for us first was really good to see.”