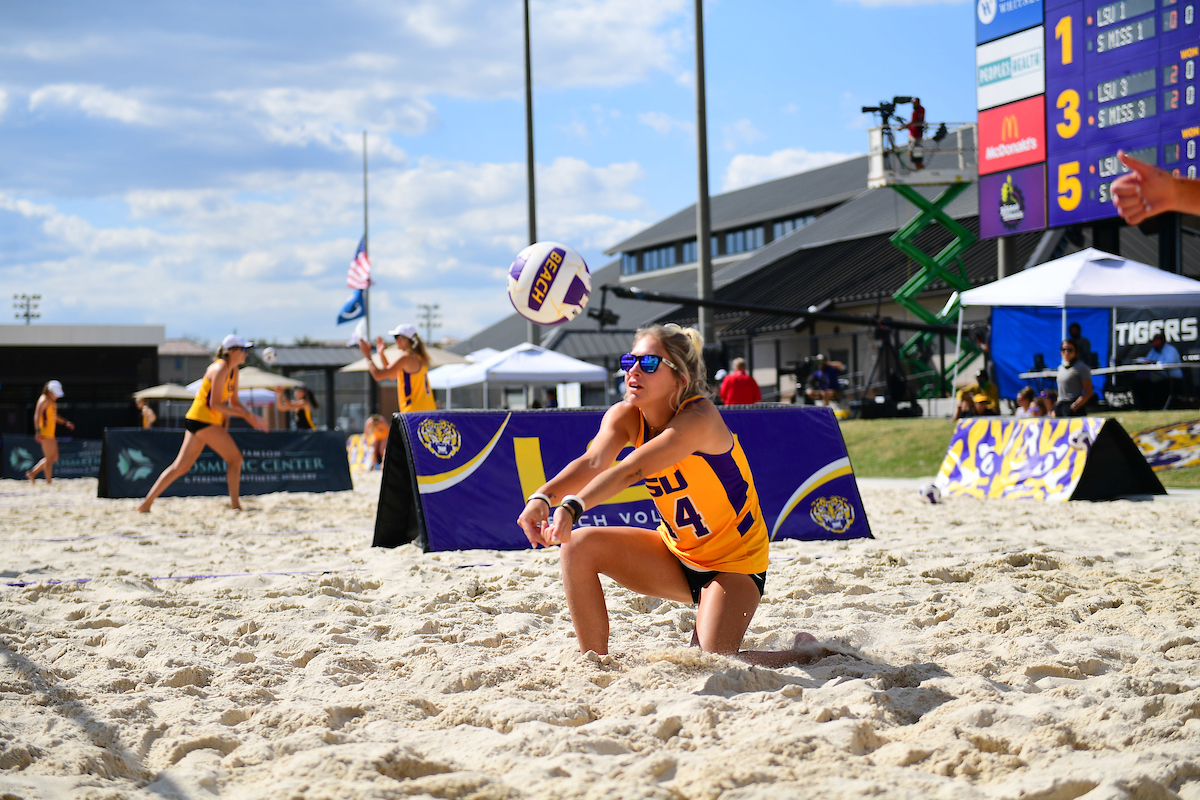 “When we started the season we knew we had a good team,” said head coach Russell Brock. “As we have a pretty good sample size through the first few weeks, it’s clear that we are trending in the right direction.”

LSU is off next weekend before it travels to Southern California for a Saturday double-header at UCLA and a Sunday double-header at USC. Florida State will have double-headers against both USC and UCLA as well on opposite days as LSU. The four teams mentioned above have been inside the top-four the entire season up to today.

“To have two weeks to really get after it and to focus on some things we can be better at before we have a really big test is a huge opportunity,” said Brock. “We don’t get this opportunity very often. We’re looking forward to the chance to build on what we saw today.”

A beautiful day at LSU Beach Volleyball Stadium, LSU began with a 4-1 win over HBU in the morning. With all five courts playing at the same time, Olivia Ordonez and Kahlee York picked up Court 5 first for the Tigers, 21-15 and 21-7.

LSU’s afternoon match lasted only 40 minutes as the Tigers swept Houston Baptist. Coppola and Greene-Agnew rebounded and earned a dominant 21-15 and 21-7 win on Court 2. Minutes later Lansman and Moore won on Court 4, 21-12 and 21-10.