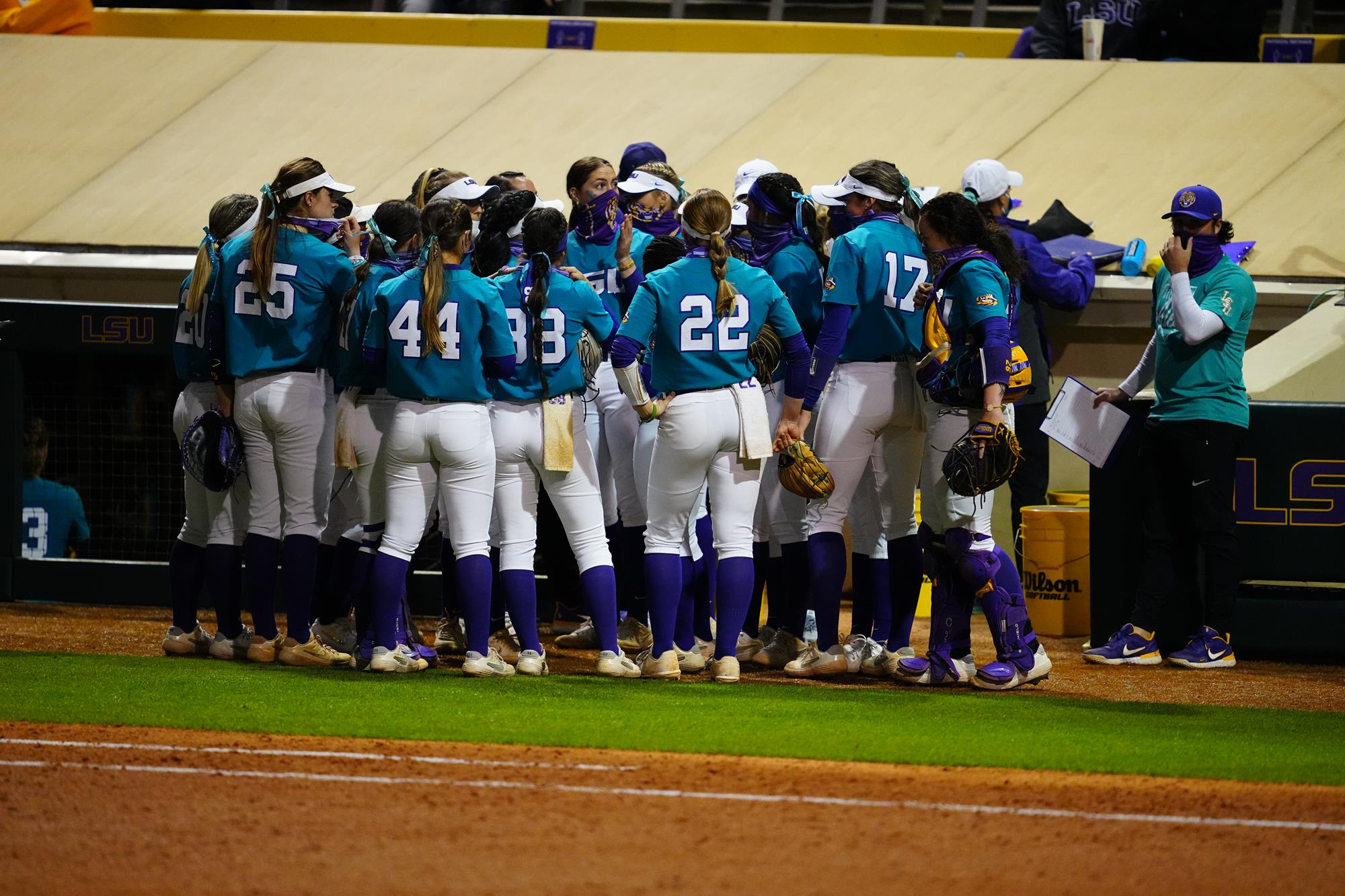 BATON ROUGE – The No. 12 LSU softball team fell 2-1 to Texas A&M in the series opener Saturday night in Tiger Park. The Tigers fall to 16-8 on the season while the Aggies move to 20-3 on the year.

The Tigers square off against the Aggies again tomorrow at 5 p.m. and will close out the series Monday at 6 p.m. Both games with air on SEC Network and will be available via live stats.

Texas A&M got on the board first in the top of the second with a solo shot to right field, but the Tigers were able to end the threat.

In the top of the fifth, Texas A&M put two runners on with no outs, the Tigers made a change in the circle, going to Ali Kilponen. Kilponen recorded a huge strikeout for the first out followed by a Danieca Coffey–Taylor Pleasants double play up the middle to end the inning and gain some momentum.

The Aggies were able to add one run to the board in the top of the sixth, but the Tigers limited the damage to one run as they trailed 2-0 going into the home-half of the inning.

In the bottom of the sixth, Aliyah Andrews walked and added a stolen base to put a runner in scoring position. Amanda Doyle lined a ball down the right field line to plate Andrews from second and put the Tigers on the board. The Tigers squeezed out one run to cut the Aggies lead in half.

In the bottom of the seventh, Ciara Briggs laid down a perfect bunt for a single, and Raeleen Gutierrez entered to pinch hit and drew a walk to put runners on first and second with one out. Both Tigers advanced to scoring position on a deep fly ball from Ali Newland. Despite the late, rally the Tigers couldn’t plate another run and fell 2-1 in the first game of the series.

Wickersham recorded four strikeouts on the night but took the loss in the circle for the Tigers moving to 4-3 on the season.

Doyle and Briggs tallied the only two hits of the night for the Tigers.

On adjusting at the plate…

“She (Herzog) did exactly what we thought she would do. We knew what she would do, and we worked on this plan the past couple of days, but we didn’t go out and execute our plan.”

On the fight of the team…