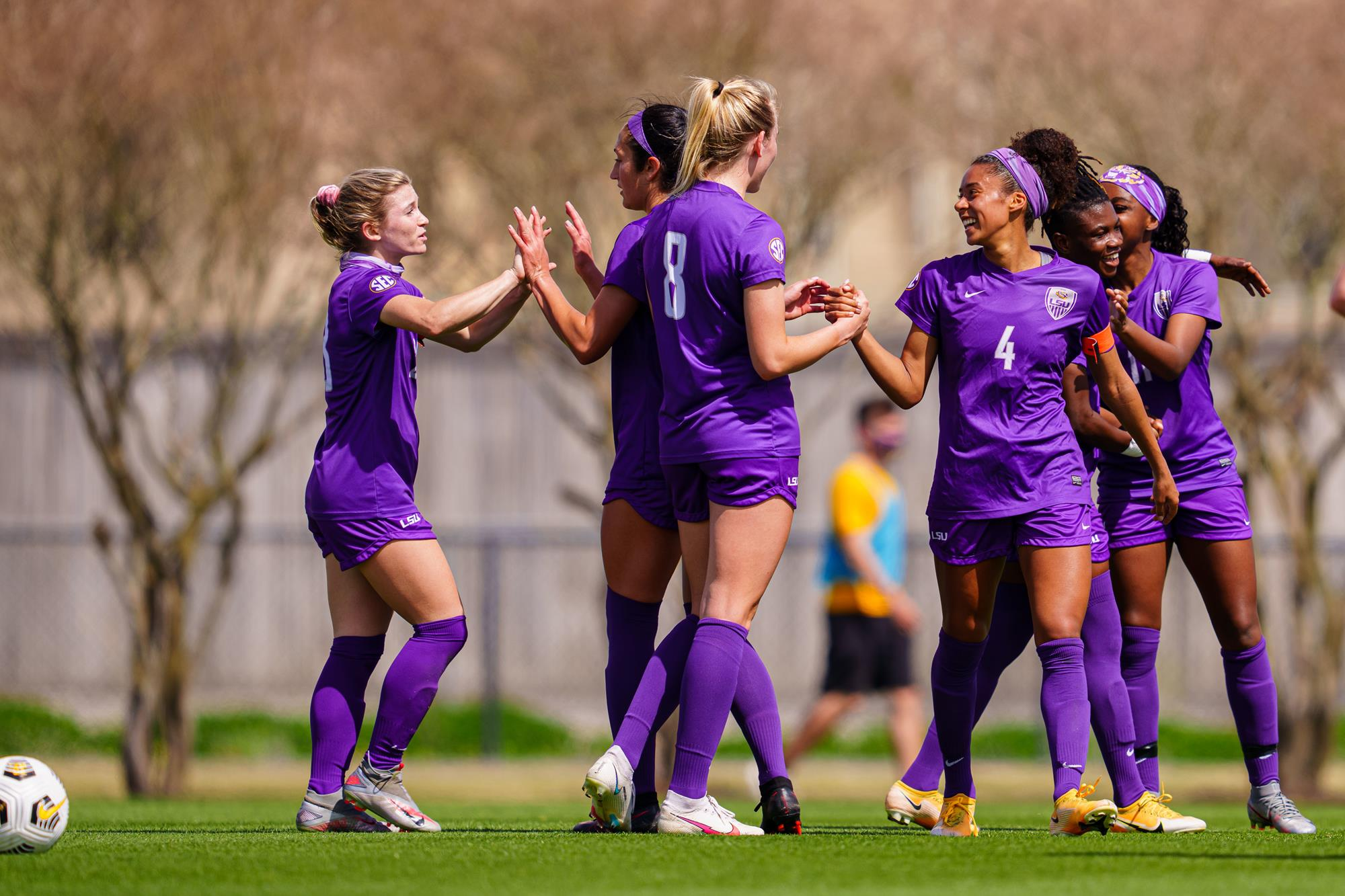 Dallas, TX. – The LSU soccer team finished the road weekend with a 1-0 win over the Texas Tech Red Raiders on Saturday afternoon at the Pioneer Soccer Park. The lone goal of the match came in the 29th minute, when junior Shannon Cooke put the Tigers ahead with a free kick goal. With the win, LSU moves to 8-8-3 on the season while Texas Tech falls to 4-6-2.

“Great team effort across the board,” head coach Sian Hudson said. “We managed the game for large periods of time and the way we kept possession and defended as a compact unit was immense today. To grind out two wins against Big 12 opponents on the road and play four games over the last eight days has been a tough stretch, but we’re so proud of the players for playing well through it. Morale is very high all around at the moment.”

The first half saw Texas Tech outshoot LSU 8-6, but the Tigers limited the quality of the chances from the Red Raiders. Juniors Wasila Diwura-Soale and Tinaya Alexander tested Red Raider goalkeeper Madison White with shots on goal in the 11th and 33rd minute respectively, requiring saves from White.

“We created some really good moments in the first half,” Hudson said. “Our wingbacks had a fantastic day, particularly Maddie Moreau. She put in many quality balls into the box and did a great job balancing her offensive responsibilities alongside her defensive ones.”

Cooke gave LSU the lead from a direct free kick from 40 yards out that deflected off a defender and into the back of the net. The goal is Cooke’s second in as many games, and fourth in her career.

“Shannon was instrumental for us today and this whole week,” Hudson noted. “Her goals decided both games, but her overall game was just as big for our wins. Her ability to stay composed and help us build out the back has given us the ability to slow games down and pull teams out, opening the game for our midfield and attack.”

The second half saw the Tigers keep their control of the match, limiting Texas Tech to only two shots on target in the 58th and 89th minute that were saved by sophomore Mollee Swift. Swift finished the afternoon with four saves and earned her second straight clean sheet and fourth of the season.

“Mollee had a fantastic weekend and her confidence is shining,” Hudson said. “Her composure as she came out to collect balls in the back as well as her distribution has been phenomenal. The entire defense played tremendously this week and deserves both clean sheets. Overall, a great team performance across the board this week.”

LSU will conclude the spring season at the LSU Soccer Stadium when they face Texas at 7 p.m. CT on Friday, April 9th.