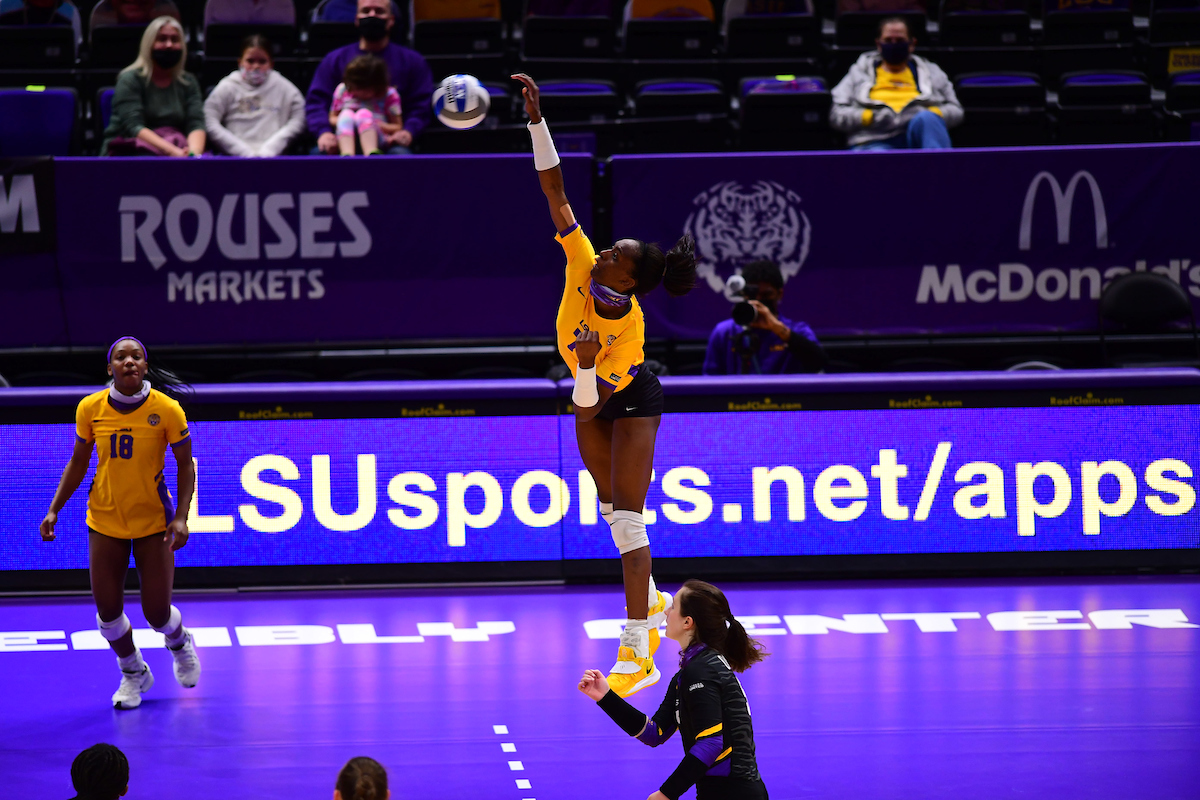 LSU wrapped up its home schedule with four straight wins in the PMAC over the past two weeks. The Tigers will travel to Knoxville to take on the Tennessee Volunteers on March 24 and 25. Both matches will start at 2 p.m. CT.

“I keep saying this team is getting better and finally the proof is being shown,” said head coach Fran Flory. “It’s fun to see them win and see the training and their fight pay off.”

Taylor Bannister led the Tigers with 18 kills. With her performance in the match, Bannister moved into second on LSU’s all-time career kills list with 1,605 total kills. She passed both Leah Bennett (1,590) and Wendy Stammer (1,592) to move into the No. 2 position.

“We have said from the beginning that Taylor is special,” said Flory. “For her to have the night she had last night, which is National Player of the Week type numbers, and then to come back tonight and have 18 kills in four sets is just a breakout weekend. She is still growing and getting better and the best is yet to come.”

Paige Flickinger had 14 kills and Hannah Brister finished with 13 to round out the Tigers for double-digit kills.

Karli Rose paced the match with 46 assists. She also added five digs for the night.

Raigen Cianciulli led the team with 27 digs. Flickinger was second with 21 and Bannister finished with nine.

LSU was extremely active on the defensive side, finishing with 79 digs for the match.