No. 4 Tigers in Lead at Liz Murphey Collegiate 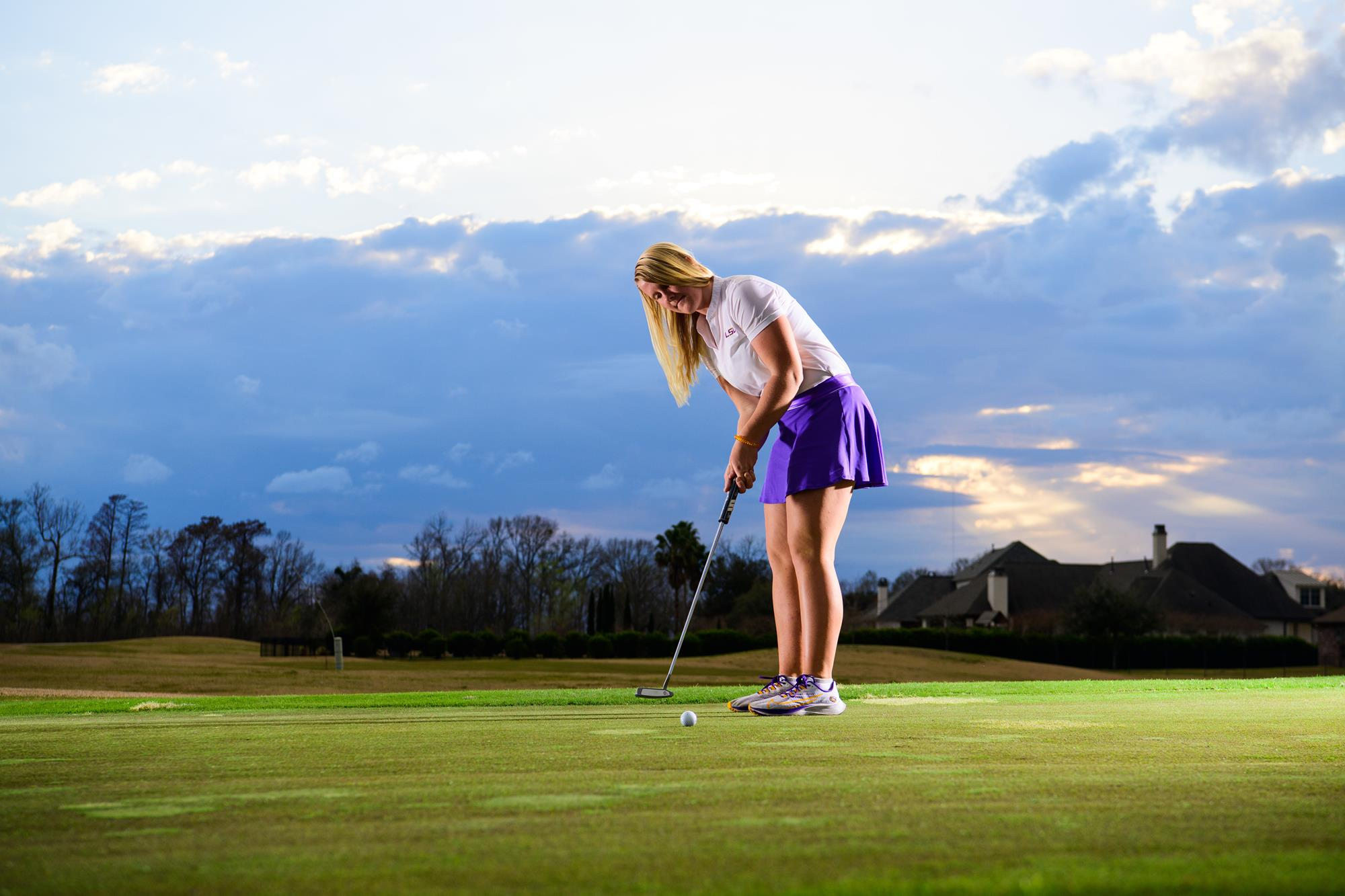 ATHENS, Ga. – The No. 4 LSU women’s golf team is in first place after round one of the Liz Murphey Collegiate Classic, Friday at the University of Georgia Golf Club. Sophomore Ingrid Lindblad is currently in the top spot on the leaderboard after shooting an 8-under 64, the second Tiger to tie the LSU record for a low round this season.

Lindblad joins classmate Latanna Stone for the top low single round in LSU history along with former Tiger Megan McChrystal. Stone set the mark on February 23, 2021 in the third round of the ICON Invitational, while McChrystal set the original record in the fourth round of the 2010 NCAA Championship.

Lindblad was on fire in round one with eight birdies and 10 pars. She split the birdies with four in each half of the round, including four in the first seven holes and three over the last four holes.

Stone and freshman Carla Tejedo Mulet posted the next-best scores for the Tigers with matching 2-over 74s. Stone hit two birdies and 12 pars for the round, while Tejedo Mulet scored four birdies over the last eight holes to go with eight pars. They are tied for 26th place.

Senior Kendall Griffin finished round one 4-over 76 and is tied for 49th place to add to the team score. Junior Presley Baggett shot a 9-over 81 and is in tied for 85th place.

The most up-to-date scores and standings can be viewed at Golfstat.com. Round Two will begin at 9:15 a.m. CT Saturday for the Tigers, who are paired with Arkansas and Southern California. Fans can also follow along at @LSUWomensGolf on Twitter and Instagram for updates.