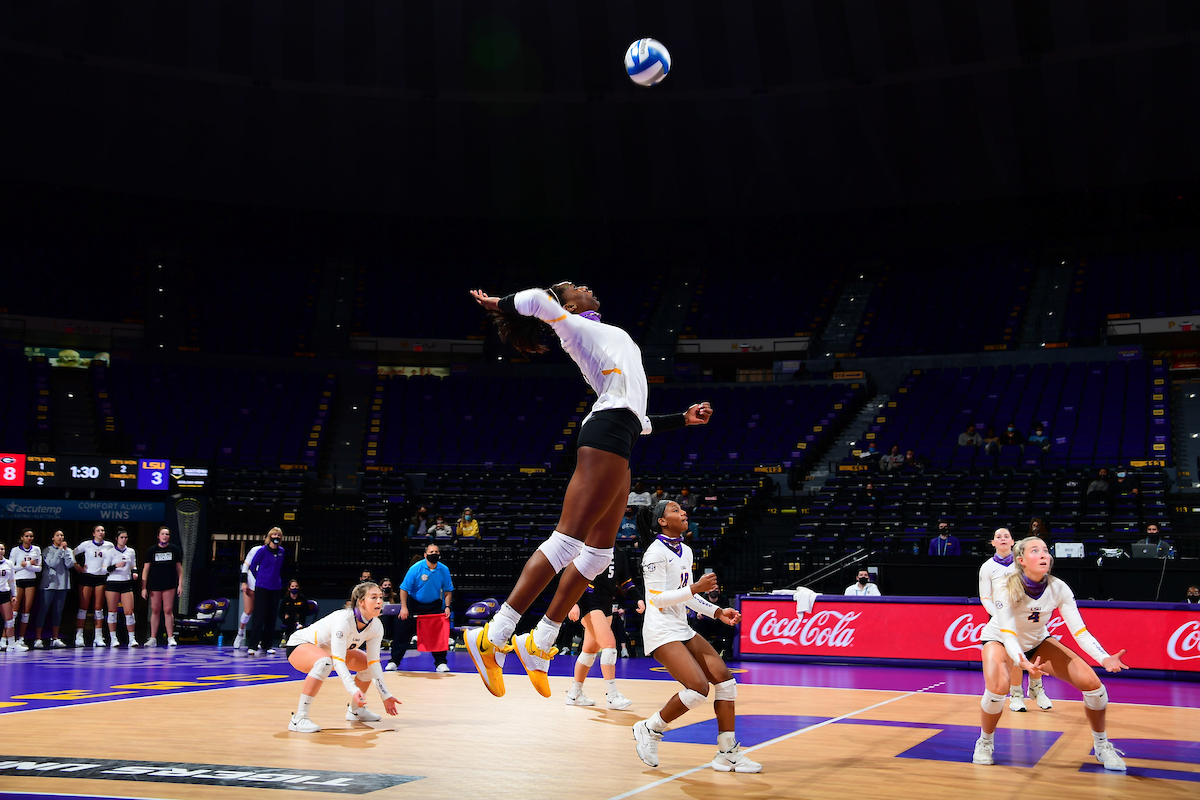 “A win is a win,” said head coach Fran Flory. “Proud of our kids and proud of our fight. I’m excited to play Georgia again tomorrow. I look for tomorrow to be a fun match again.”

The Tigers host Georgia again on Saturday at 7 p.m. CT in the PMAC.

The Tigers were led in kills by Taylor Bannister who finished with a season-high 30. It is the first time she had 30 kills in a match since 2018, when she had 36 against SMU. Hannah Brister had 13 kills for the match., including five in the final set.

“Hannah and Taylor have been the keys all year,” said Flory. “They had to carry a bigger load and did a good job.”

Karli Rose finished with a team-high 49 assists. Raigen Cianciulli added 10 of her own to help pace the match.

Three Tigers finished with double-digit digs for the night. Cianciulli had 20, Paige Flickinger finished with 13 and Rose had 11.

LSU finished with a season-high .321 hitting percentage for the match, a big factor in its win over the Bulldogs.