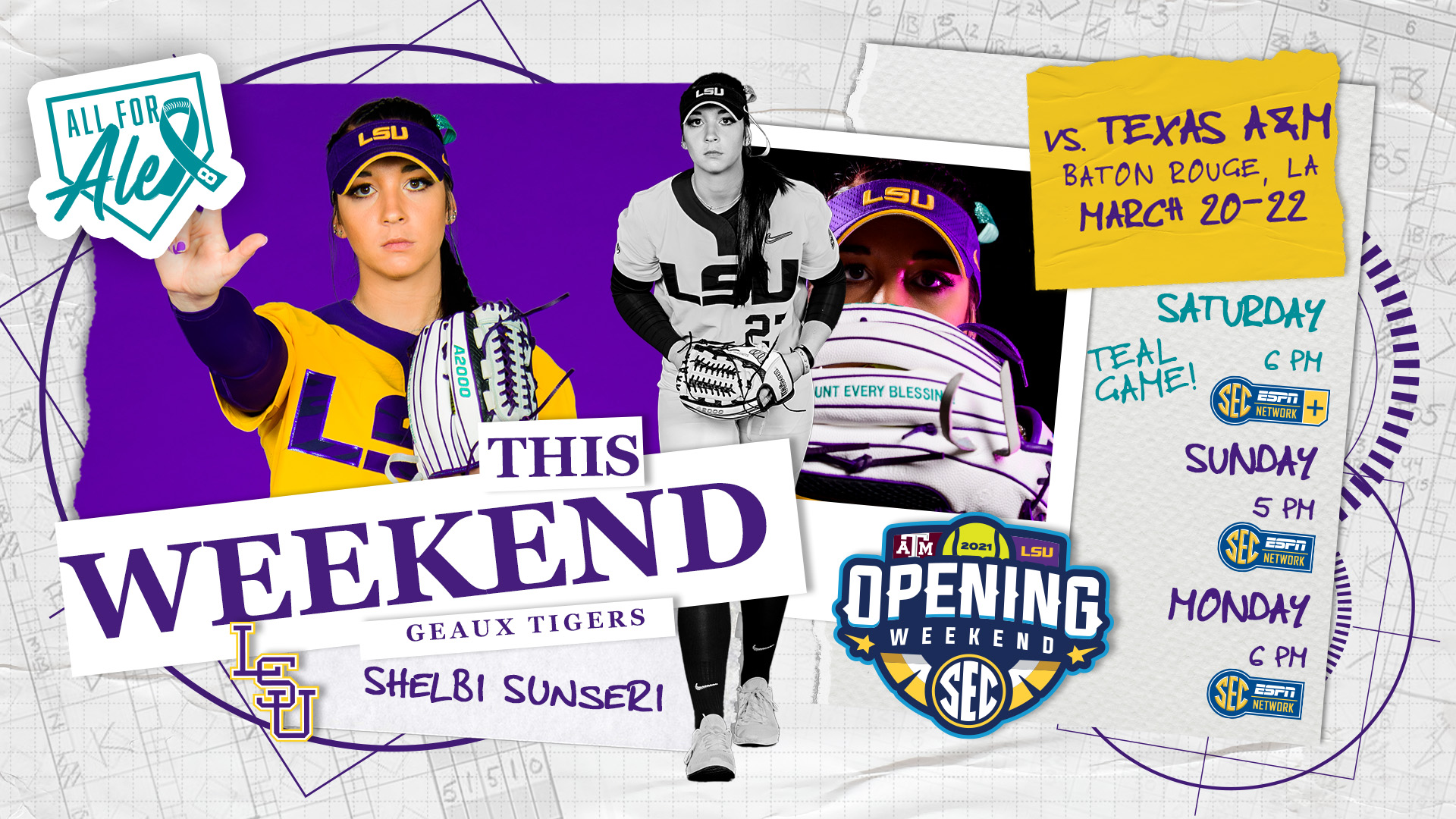 Saturday’s game is set for 6 p.m. on SECN+. All fans are encouraged to wear teal to honor the late Alex Wilcox of Mississippi State. For more information on Saturday’s teal game, click here. Sunday and Monday’s games are set for SEC Network at 5 p.m. and 6 p.m., respectively. Mark Neely and Michele Smith will be on the call. Live stats will also be available for the game at LSUStats.com.

About the Tigers
The Tigers are coming off a midweek victory over Southeastern Louisiana Tuesday. They downed the Lions 12-1. Ali Kilponen earned the victory in the circle and Raeleen Gutierrez hit an inside-the park grand slam.

Last weekend, the Tigers opened up SEC action on the road and came out with a series victory at Tennessee. The Tigers claimed game one, 2-1 in eight innings, fell in game two 4-3 in eight innings and claimed an 11-3 five-inning rubber match win to claim the series. This season, the Tigers have played 13 games against Top 25 opponents and are 6-7 in those games.

At the plate, the Tigers are hitting .274 on the year and averaging 5.57 runs per game. Aliyah Andrews leads the team with a .382 mark and is 12-of-13 in stolen bases. Taylor Pleasants is second on the team at the plate with a .333 batting average. She leads the team in RBI with 24 and has 10 extra base hits, including five doubles and five home runs.

About Texas A&M
The Aggies will play their first SEC games this weekend. They are coming off two midweek victories, downing Houston Baptist, 6-0 on Tuesday and McNeese State, 5-1, Thursday evening. Last weekend was the Aggies’ bye weekend in the conference and they hosted Montana and Louisiana Tech, coming out of the weekend, 4-0.

Series Record
The Tigers lead the all-time series with the Aggies, 14-8. In their last series meeting, the Tigers claimed the series 2-1 in College Station. The last time these two met in Tiger Park, LSU took the series 2-1, claiming the first two games.

What’s on Deck
The Tigers are back on the road next week, making a midweek stop at South Alabama before heading out to Gainesville to take on the Gators. For a full schedule, click here.