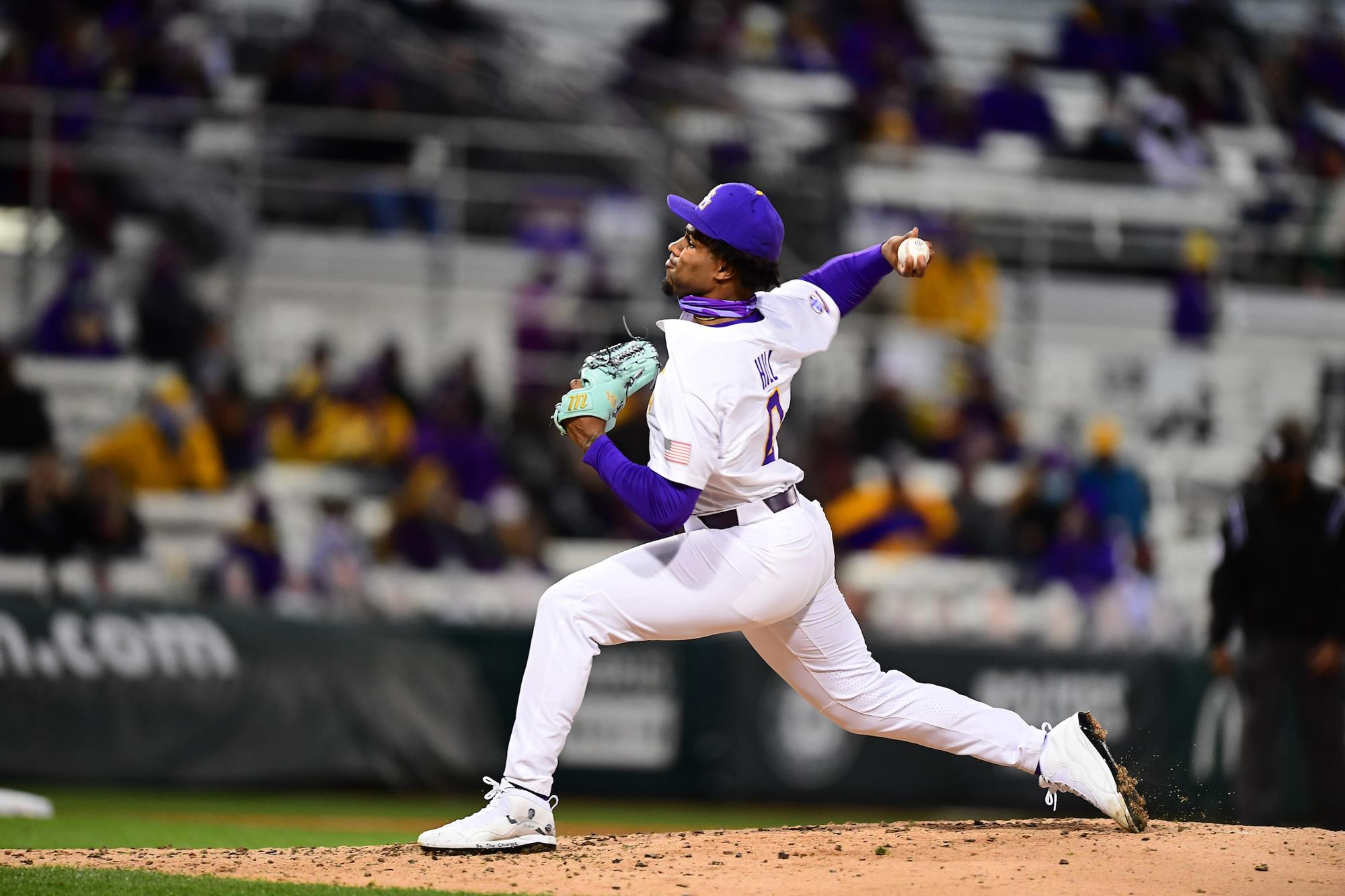 LSU is 15-4 overall, 0-1 in the SEC, and Mississippi State improved to 15-3 overall, 1-0 in conference play. The teams will meet in Game 2 of the series at 6:30 p.m. CT Saturday. The contest will be streamed on SEC Network +, and it can be heard on affiliates of the LSU Sports Radio Network.

MacLeod (2-1) allowed one run on three hits in six innings with two walks and nine strikeouts. MSU reliever Brandon Smith earned his first save of the season, firing three scoreless innings and allowing one hit with three strikeouts.

LSU starting pitcher Jaden Hill (2-2) was charged with the loss, as he worked a career-high 7.1 innings, and allowed six runs on nine hits with two walks and two strikeouts.

“I thought overall it was a well-played game by both teams,” said LSU coach Paul Mainieri. “Both starting pitchers were really good; I thought Jaden competed hard and did a lot of great things, and the relief pitching on both sides was good as well.

“MacLeod’s got unbelievable numbers, and you can see why. He’s a crafty guy who mixes all three pitches well and keeps hitters off balance. When the wind is blowing in the way it was tonight, it’s hard for your hitters to be confident, because even if you crush a ball you know it’s not going to go anywhere in the wind. But that’s no excuse, we’ve got to hit better, so we’ll turn the page and come out ready for tomorrow.”

Mississippi State broke a scoreless tie with two runs in the top of the fifth inning, as Skinner belted a two-run homer, his first of the season.

LSU cut the deficit in half in the sixth on leftfielder Gavin Dugas’ RBI double, but the Bulldogs increased their lead to 3-1 in the seventh, as Skinner delivered an RBI single.

Mississippi State expanded its advantage to 6-1 in the eighth when catcher Logan Tanner produced a two-run single, and shortstop Lane Forsythe collected an RBI with an infield single.