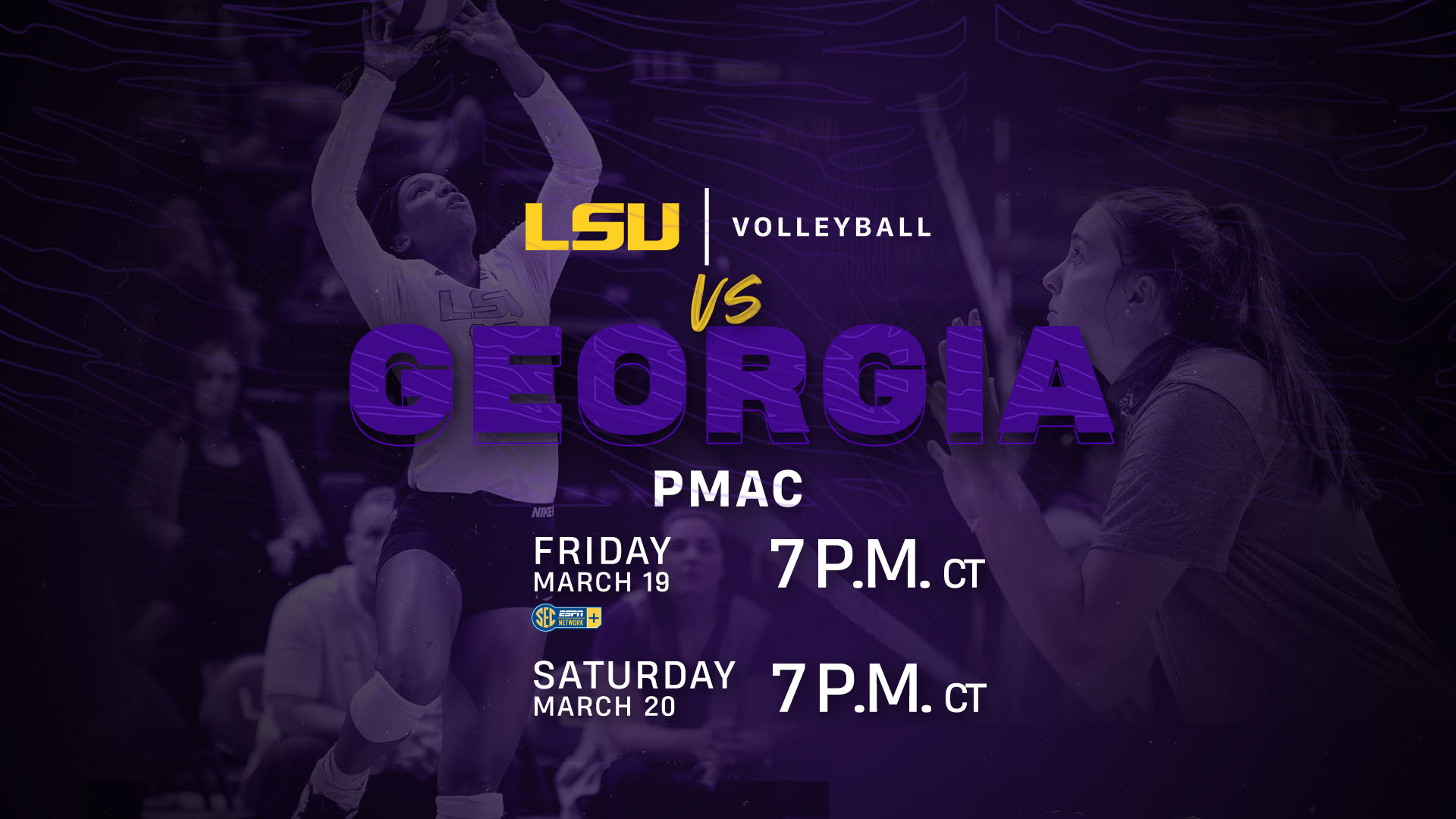 BATON ROUGE. – The LSU Volleyball team (7-11) will host Georgia (5-11) Friday and Saturday inside the PMAC for its final two home matches of the unprecedented 2020-21 season which began in October. The Tigers will finish their season next week with two matches at Tennessee.

“We are  probably in the most confident, comfortable spot we’ve been in all year,” said head coach Fran Flory whose team swept South Carolina in two matches last weekend .

Both matches on Friday and Saturday will begin at 7 p.m. CT and Friday’s match will air on the SEC Network +.

The Tigers are returning to the court a week after sweeping South Carolina in the two match set, a team that was on the bubble of reaching the NCAA tournament prior to last weekend. LSU won a down-to-the-wire five-set match in the first meeting and came back for a quick sweep the following day.

“Our team believes in what they’re doing and what we’re doing,” said Flory.

Taylor Bannister had an exceptional couple of matches on her way to being name the SEC Offensive Player of the Week. Bannister is one of the most potent players in the league, averaging the third most kills per set (4.31) and second most service aces per set (0.41). With 302 kills this season, Bannister’s career total is 1,557.  With a big weekend against Georgia, she could move past Leah Bennett (1,590) and Wendy Stammer (1,592) into No. 2.

Georgia won a five-set match against Texas A&M its last match out, but the Bulldogs had dropped eight matches in a row prior to that victory. Georgia is led offensively by Amber Strivins with 190 kills this season, 3.73 kills per set for the eighth highest mark in the league. Defensively Phoebe Awoleye is tied for the 10th most blocks per set in the league with 1.00 for a total of 46.

“Georgia is a very good team,” said Flory. “They’ve had some lineup changes and some injuries and some Covid situations as many of the teams have had throughout the season. These should be two great matches.”