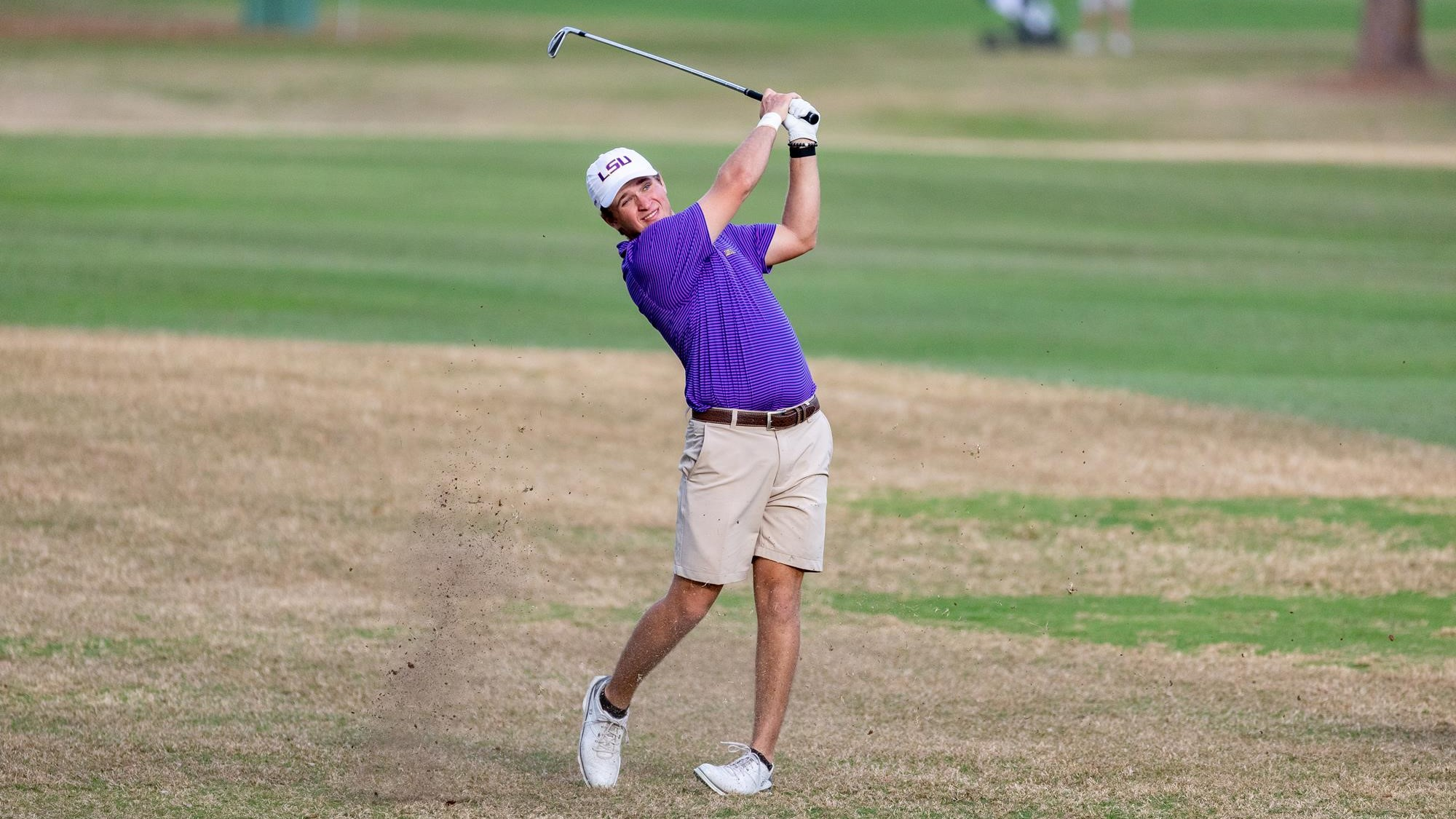 Opelika, Ala. – The 24th-ranked LSU men’s golf team finished the Tiger Invitational on Wednesday and placed tied for third with a team total of 13-under 851 (287-281-283) at the Grand National Lake Course. LSU’s final round score of 5-under 283 was the third lowest team total in round three out of the 15 teams competing.

The third and final round was resumed on Wednesday morning at 10 a.m. CT after play was suspended at 3:26 p.m. CT on Tuesday afternoon with about five holes left to play. LSU used counting scores of 2-under from Nicholas Arcement and Drew Doyle, 1-under from Connor Gaunt and even par from Garrett Barber to shoot a 5-under 283 in round three.

Nicholas Arcement registered the best finish of his collegiate career with a tie for 13th. The freshman shot rounds of 72 and 70 before closing with a third round score of 2-under 70 for a three-day total of 4-under 212. He rolled in three birdies during the round mixed in with 14 pars and one bogey.

Fellow freshman Drew Doyle used a career high four birdies in the third round to finish the tournament at 1-under 215 thanks to his final round score of 2-under 70; the 1-under 215 earned him a tie for 27th. Michael Sanders finished the event at 2-over 218 to tie for 36th with scores of 72-71-75; two of his three scores counted towards LSU’s team total.

The Tigers will be back in action next week as they head to the Old Waverly Collegiate in West Point, Mississippi. The tournament is scheduled to take place March 26-28.