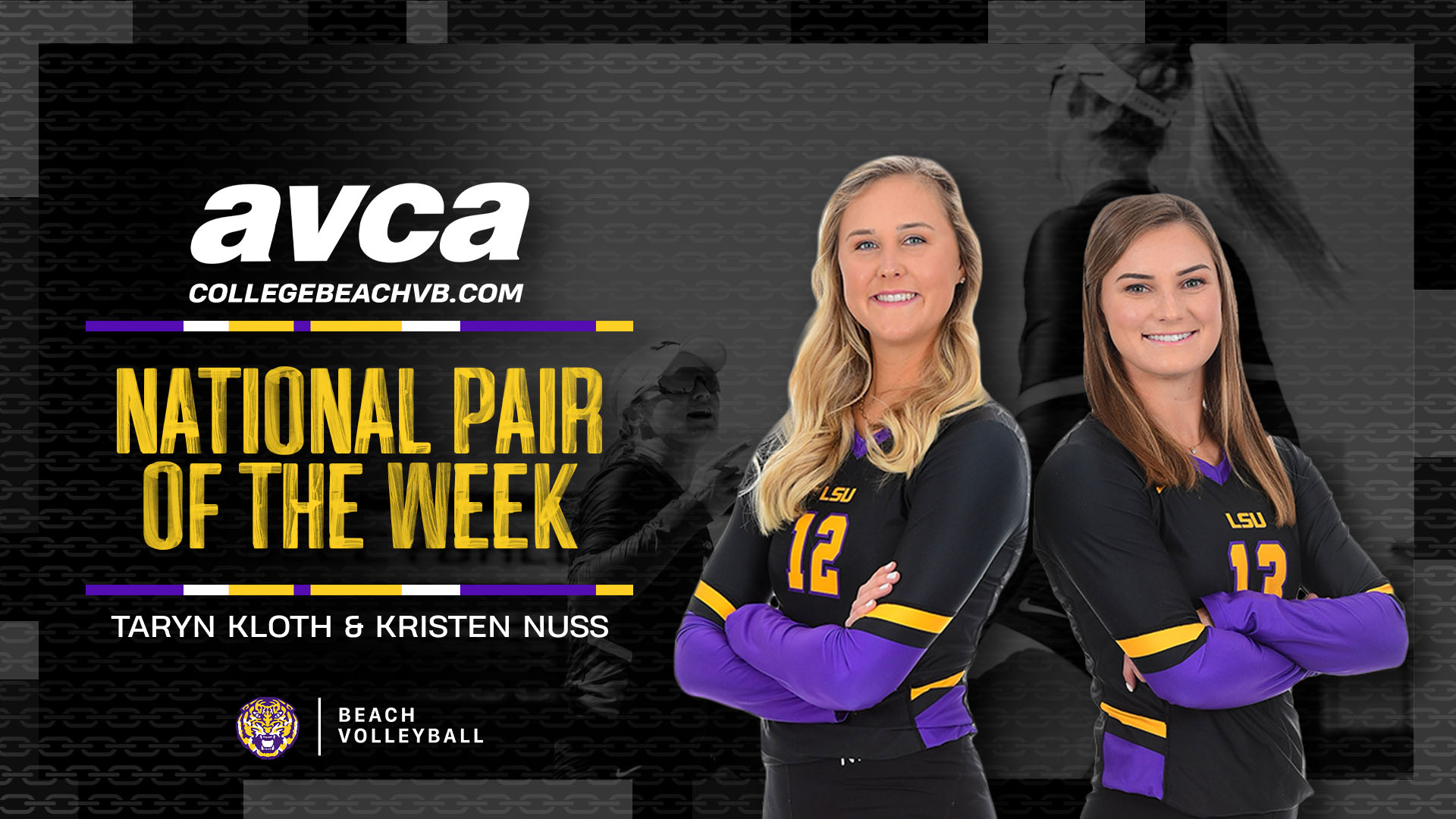 BATON ROUGE – Taryn Kloth and Kristen Nuss, LSU Beach Volleyball’s Court 1 pair, went 5-0 over the weekend at the March to May in Gulf Shores and have been named the AVCA/collegebeachvb.com National Pair of the Week, announced on Tuesday.

On Wednesday, Kloth and Nuss were named CCSA Pair of the Week for the conference as well.

Pushing each other to be great ??

Taryn Kloth and Kristen Nuss joined to Viral Volley Podcast to talk about the start to the season and what’s to come for the Tigers!

Both Kloth and Nuss have earned the honor before but with different partners. Nuss and Claire Coppola became LSU’s first pair to win the award in 2018 after a flawless weekend in South Carolina and then received it again in 2019 following a weekend tournament a Florida State. Kloth teamed up with Kelli Greene-Agnew last season and the duo garnered the same recognition after an undefeated opening weekend in Hawaii.

Kloth and Nuss are currently considered the top pair on the top court in the country according to collegebeachvb.com. Individually, Kloth and Nuss also rank as the nation’s top two players, both with a 54.7 MoVR ranking which is a rating system that relies on probabilities of beating opponents.

LSU competed on the sands of Gulf Shores over the weekend where Kloth and Nuss were a perfect 5-0, defeating Court 1 pairs from four Top-20 teams. The LSU duo is 13-0, dropping just one set.

Kloth and Nuss have handed Chacon and McBain two of their three losses over the past two seasons.