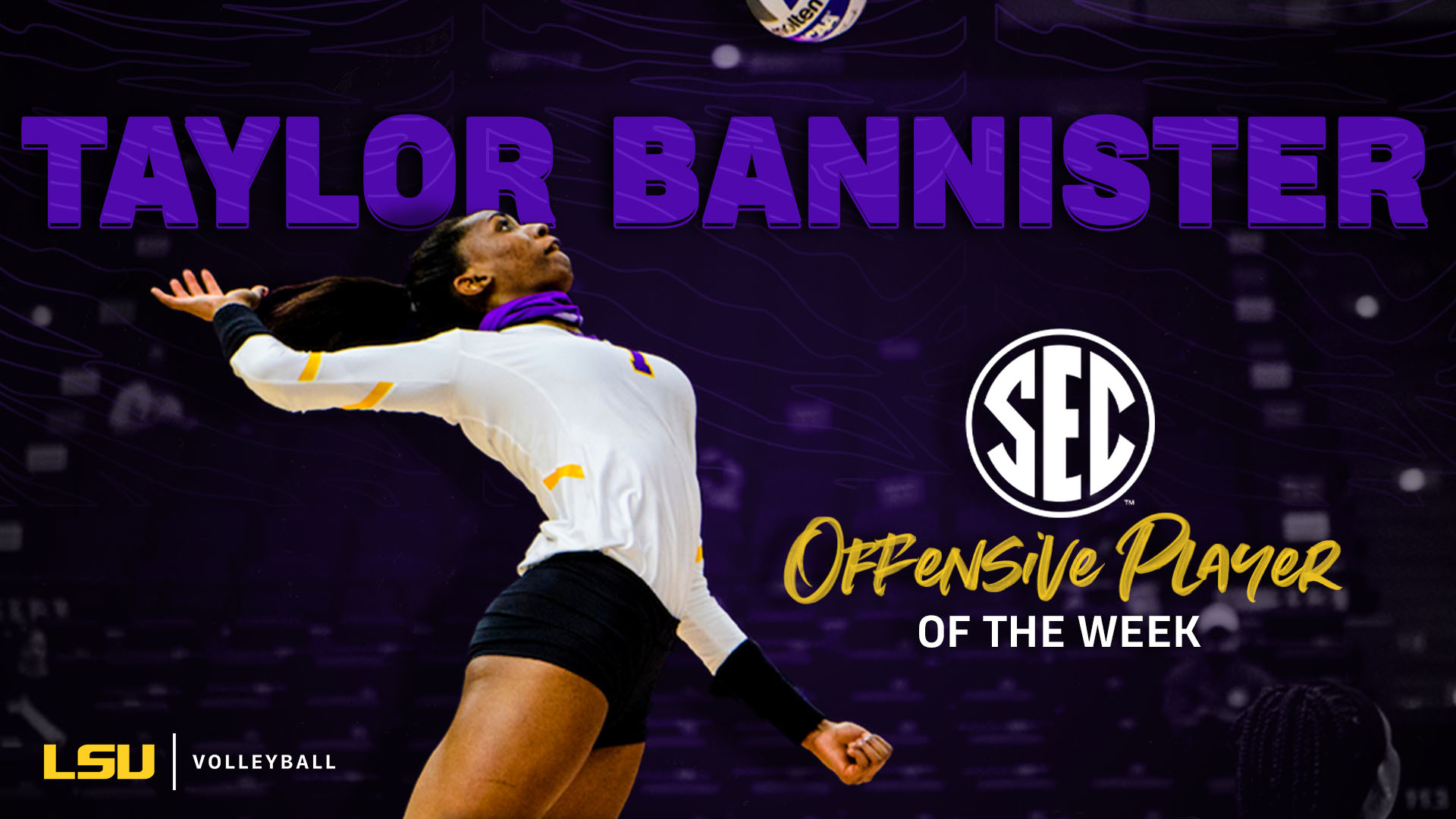 BATON ROUGE – Taylor Bannister was named the SEC Offensive Player of the Week Monday afternoon after leading the LSU Volleyball to two wins over South Carolina over the weekend.

The Tigers defeated the Gamecocks in a five-set thriller on Saturday before sweeping them on Sunday. Bannister averaged 5 kills per set and had a .268 hitting percentage over the two matches.

Throughout her four seasons, the senior has turned into one of the best offensive players in school history, earning multiple All-SEC and All-America honors. Her 1,557 career kills are the fourth most in program history and she has a chance to pass both Leah Bennett (1,590) and Wendy Stammer (1,592) this weekend to move into the No. 2.

In LSU’s first match against South Carolina, a team that was considered on the NCAA Tournament bubble, Bannister recorded 25 kills with just six errors on 55 attempts for a season-high .345 hitting percentage. She had eight kills in the second and fourth sets and seven in the third set. In the win Bannister also had four blocks (one solo and three assists) as well as two service aces.

Coming back on Sunday, Bannister and the Tigers kept rolling with a sweep over the Gamecocks. Bannister had 15 more kills to bring her weekend total to 40 and added another two service aces as well as a block assist.

The Tigers will be home for the final time of the season on Friday and Saturday when they host Georgia with first serve scheduled for 7 p.m. CT both days. LSU will finish its season next week in Knoxville at Tennessee.