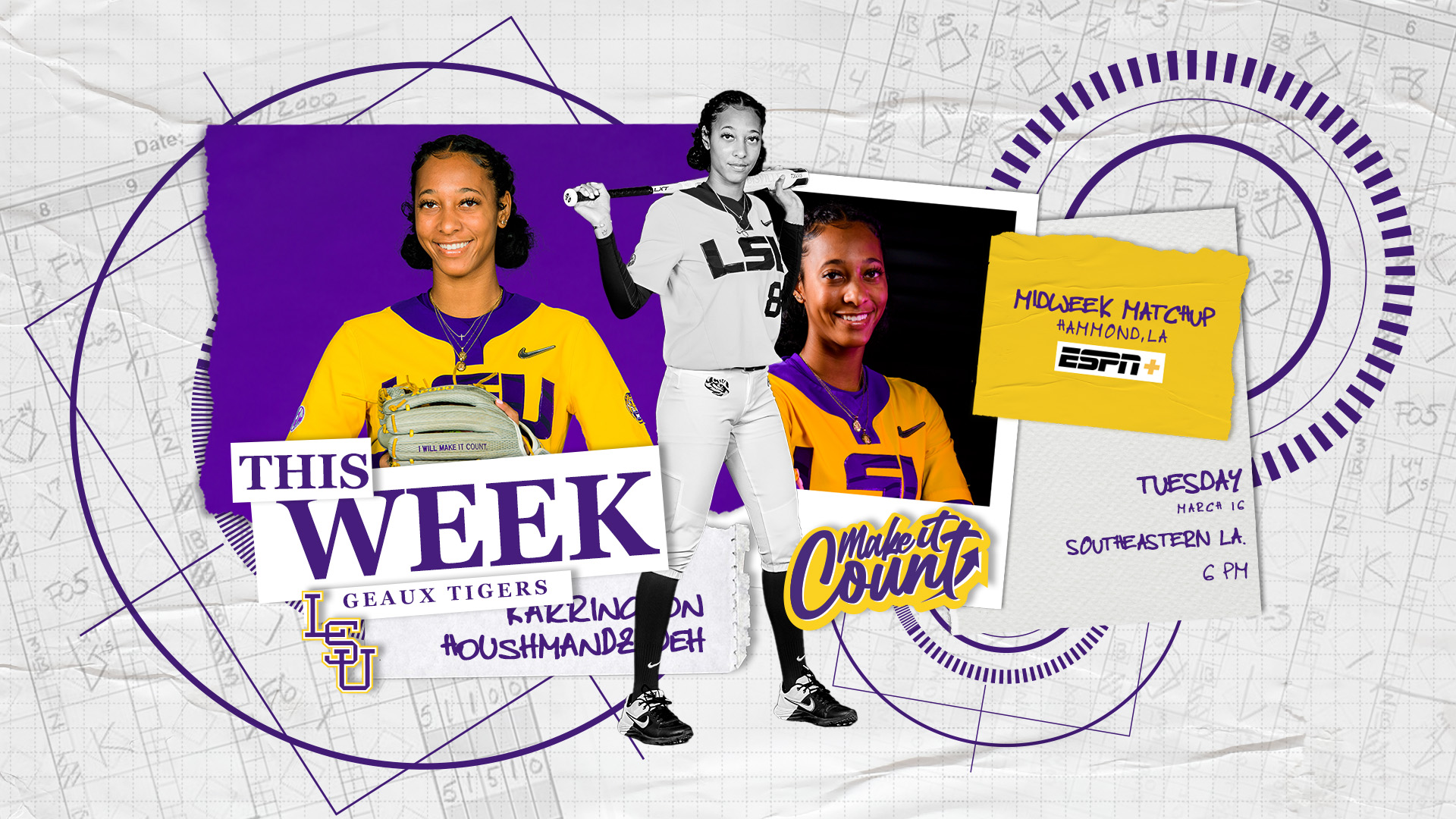 BATON ROUGE – The No. 12 LSU Softball team will take a break from conference play for midweek action at Southeastern Louisiana on Tuesday at 6 p.m. CT in North Oak Park.

The game will stream live on ESPN+ with Hall of Famer Yvette Girouard and Jack Benjamin on the call. Live stats will also e available for the game at LSUStats.com.

About the Tigers
LSU comes off a 2-1 start to conference play last weekend at No. 22 Tennessee. The Tigers claimed game one, 2-1 in eight innings, fell in game two 4-3 in eight innings and claimed an 11-3 five-inning rubber match win to claim the series. This season, the Tigers have played 13 games against Top 25 opponents and are 6-7 in those games.

At the plate, the Tigers are hitting .274 and averaging 5.27 runs per game. Aliyah Andrews leads the team with a .403 mark and is 12-of-13 in stolen bases. Taylor Pleasants is second on the team at the plate with a .329 batting average. She leads the team in RBI with 23 and has 10 extra base hits, including five doubles and five home runs.

Series Record
The Tigers lead the all-time series with the Lions, 21-1.