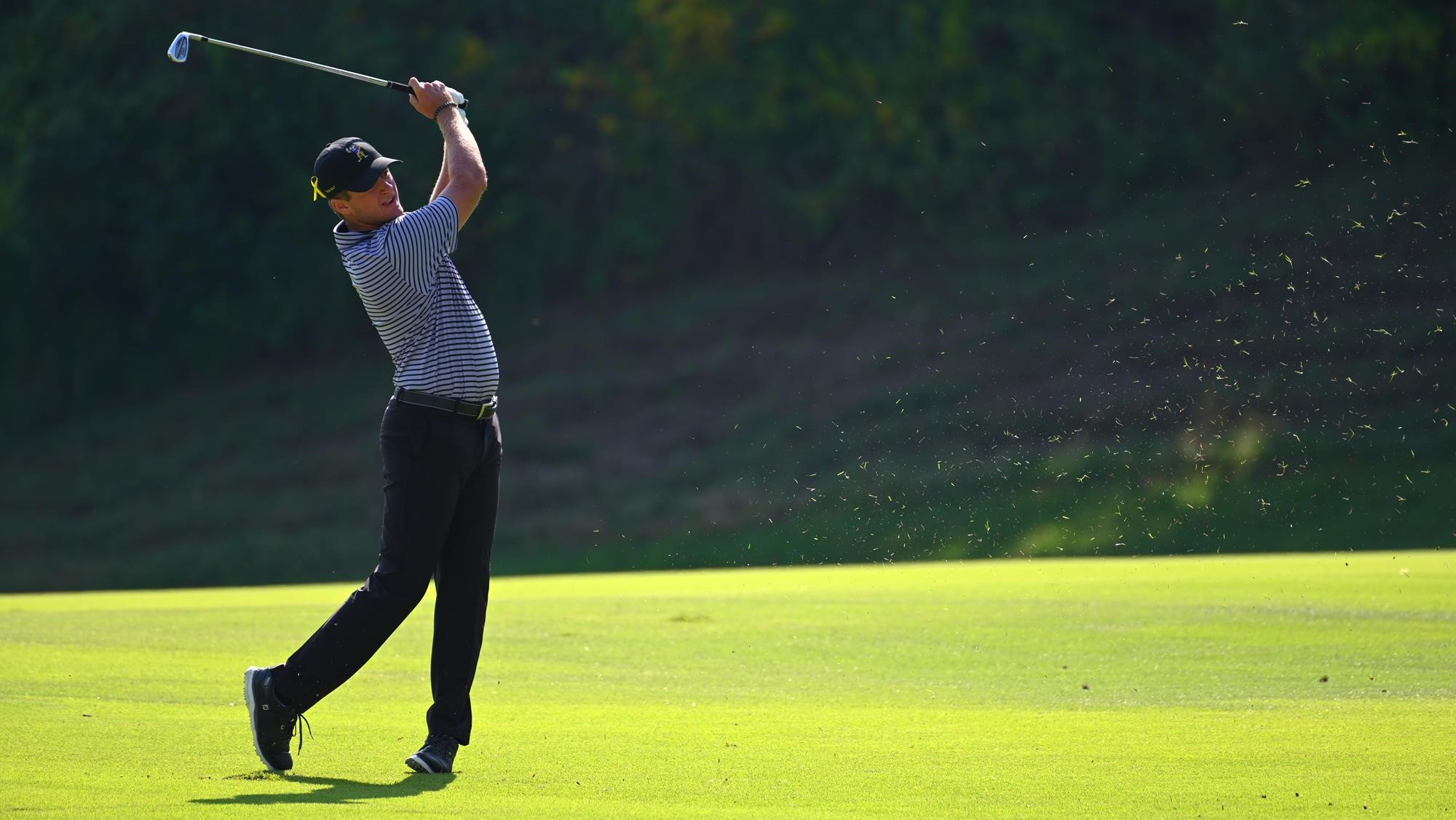 Opelika, Ala. – The LSU men’s golf team shot rounds of 287 and 281 on Monday at the Tiger Invitational hosted at the Grand National Lake Course. The 8-under total of 568 has LSU in seventh place after 36 holes of play.

Drew Doyle carded a 1-under 71 in round one to mark the third time this season he has gone under par. He matched his career high with three birdies in the round to go along with 13 pars and a bogey. Doyle’s round was actually at 2-over through 11 holes but he birdied three of the final seven to get in at 1-under.

Garrett Barber, Nicholas Arcement, and Michael Sanders all turned in even par 72s to count towards LSU team score of 1-under 287; the 1-under 287 had LSU tied for eighth after round one. Connor Gaunt registered a 3-over 75 and individual Chris Woollam shot a 7-over 79.

The 7-under 281 in round two marked the third lowest team round of the afternoon wave. Garrett Barber got off to a tremendously hot start by birdieing four of his first five holes. He ended up with seven birdies, 10 pars, and a bogey to finish off his 6-under 66. The 6-under tally matches his lowest round of the season and it marks the third time this year that he has made seven or more birdies in a round. Barber is tied for sixth at 6-under 136 after two rounds of play.

Nicholas Arcement and Chris Woollam both turned in 2-under 70s in the afternoon round. The duo both tallied five birdies, 10 pars and three bogeys apiece; Arcement is tied for 23rd at 2-under 142 and Woollam, who is playing as an individual, is tied for 63rd at 5-over 149.

The tournament will hopefully conclude on Tuesday as long as the weather cooperates. The third round tee time will be a shotgun start and play will begin at 9 a.m. CT. LSU will be paired with Arkansas and South Alabama.