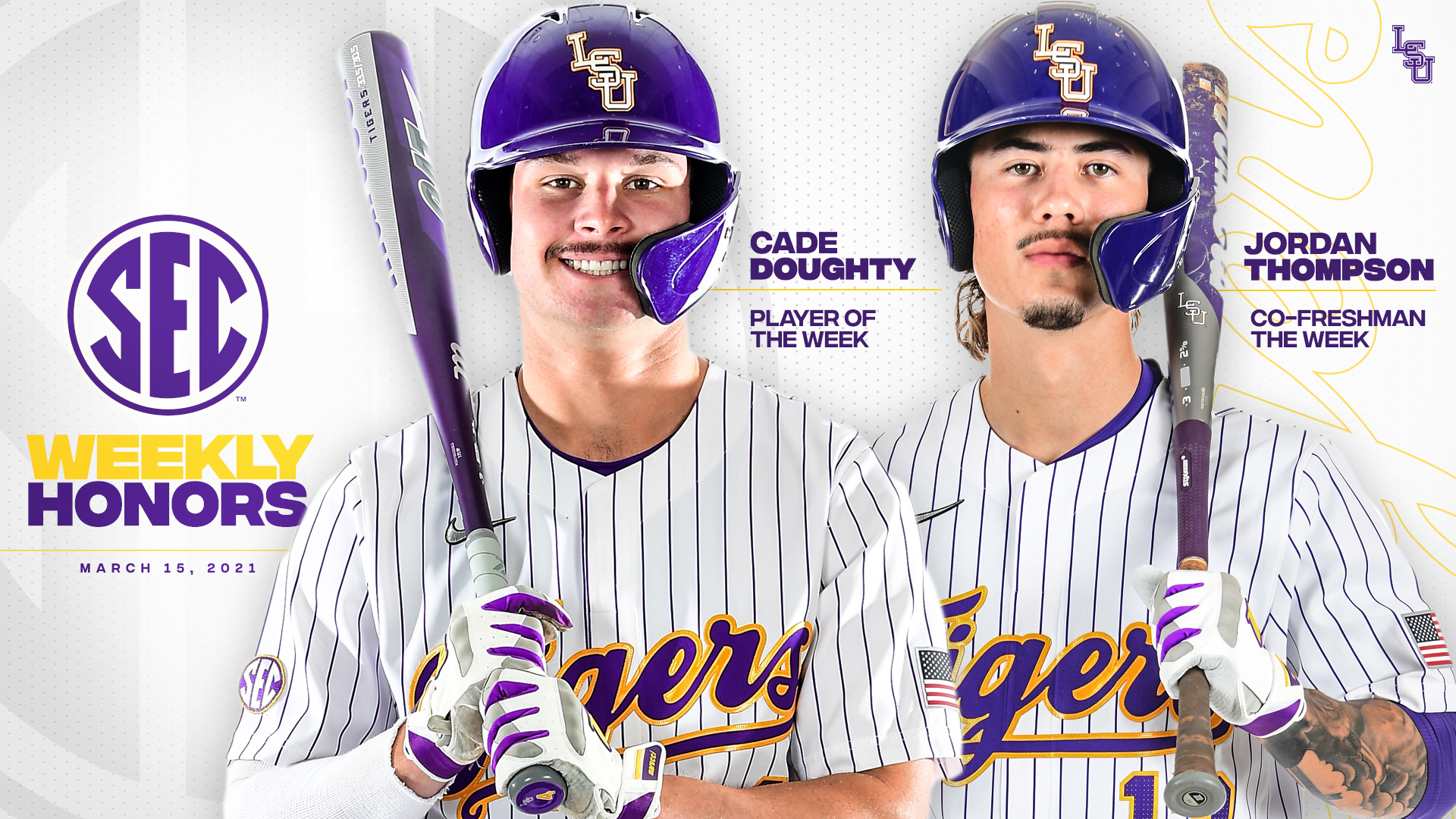 Doughty, a sophomore from Denham Springs, La., was named the SEC Player of the Week, and Thompson, a product of Chula Vista, Calif. was voted the SEC Co-Freshman of the Week.

Doughty was also named one of nine National Players of the Week Monday by Collegiate Baseball newspaper. He collected five home runs, six runs scored and 12 RBI in leading LSU to five wins in five games last week. He was 7-for-21 at the plate with five walks and a .444 on-base percentage.

Doughty hit a three-run homer in the bottom of the 10th inning Saturday versus UT San Antonio to erase a 7-4 deficit and extend the game into the 11th inning, and LSU went on to post a 10-9 victory in 13 innings.

Thompson batted .381 (8-for-21) in five games last week and played a huge role in LSU’s extra-innings wins over UT San Antonio on Saturday and Sunday. He launched a walk-off home run in the bottom of the 13th inning on Saturday to lift the Tigers to a 10-9 victory.

During the five-game week, Thompson scored six runs, recorded three steals and posted a 1.000 fielding percentage in 20 chances at shortstop. Thompson shared the SEC Co-Freshman of the Week Award with Corey Collins of Georgia.