Softball’s Offense Explodes to Take Series at No. 22 Tennessee 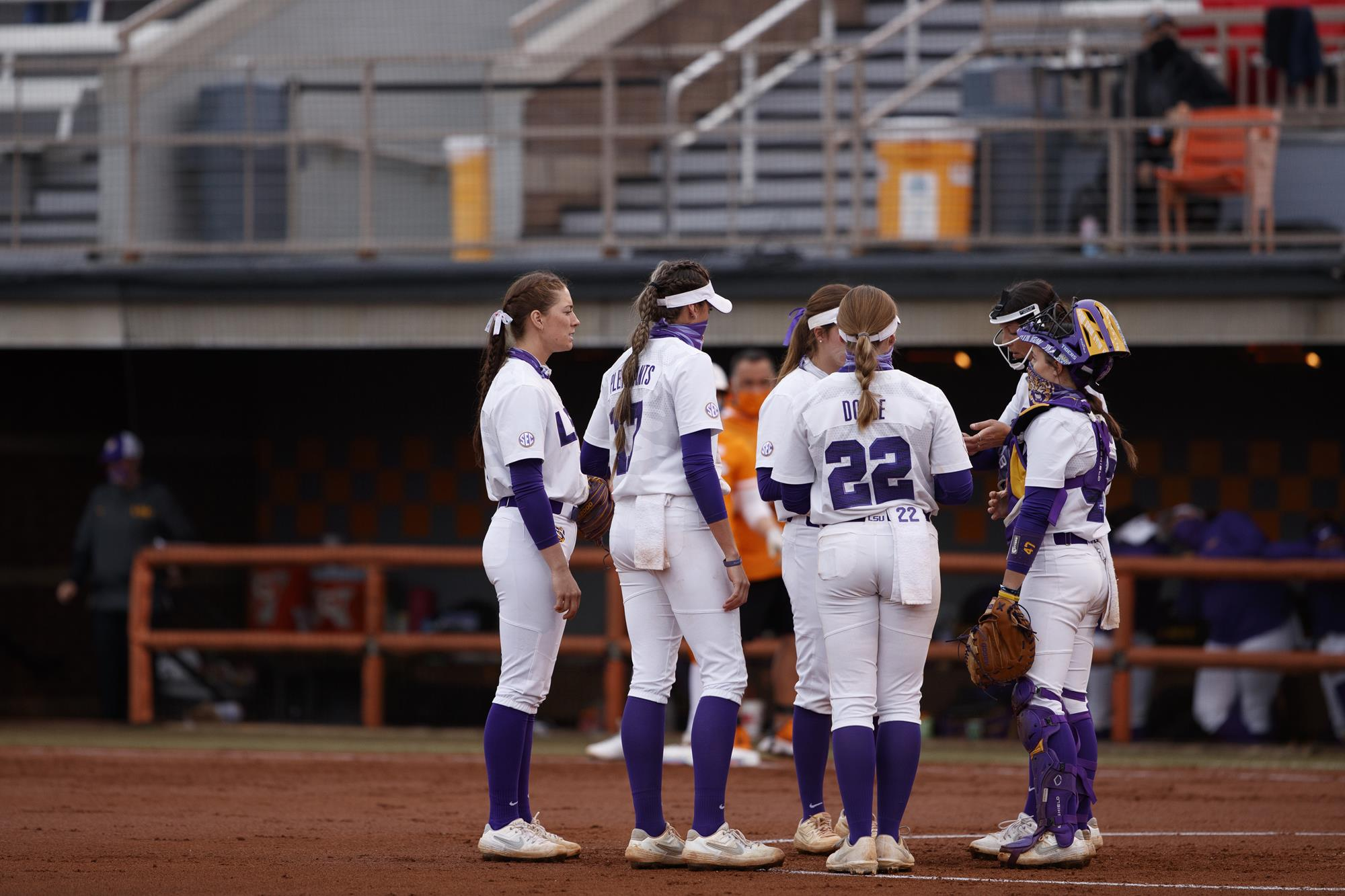 KNOXVILLE, Tenn. – The No. 12 LSU Softball team used explosive offense to claim a 11-3 run-rule win and take the series against No. 22 Tennessee Sunday afternoon in Sherri Parker Lee Stadium. The Tigers improve to 15-7 on the year and 2-1 in the SEC. The Lady Vols drop to 18-3 overall and 1-2 in the league.

LSU will tap into midweek action Tuesday as it travels to Southeastern Louisiana. First pitch is set for 6 p.m. and the game will stream live on ESPN+.

The Tigers came out swinging in the first with some explosive offense. Aliyah Andrews led off with an infield single. With two outs, she stole second and advanced to third on the overthrow by Tennessee’s catcher. Andrews scored on Shelbi Sunseri’s single that was off the wall in centerfield. On the next pitch, Georgia Clark smashed her third home run of the season over the left field wall, giving the Tigers an early 3-0 lead.

After a scoreless second, the LSU offense picked up again. Taylor Pleasants singled through the right side and stole second. Amanda Doyle came to plate and hit her seventh dinger on the year, a ball over the centerfield wall, extending the Tigers’ lead to 5-0. Another run came across in the inning as Clark was plated by a Morgan Cummins’ single to left.

In the next inning, the Tigers put up five more run to take an 11-0 lead on the Lady Vols. The Tigers pushed one across off a RBI single down the left field line from Doyle, scoring Andrews, who drew a walk. Sunseri hit a ball over the left field wall, the Tigers’ third home run on the game, scoring Pleasants. It was Sunseri’s fifth dinger on the year. Briggs brought in another run as she slapped a single to the pitcher and advanced to second on a throwing error, which allowed Raeleen Gutierrez to score.

Tennessee scored three runs in the fifth on starter Shelby Wickersham. The Tigers went to Shelbi Sunseri to close the game out. She came in and struck out her first batter and Taylor Tidwell made a diving catch at second for the final out.

Shelbi Wickersham earned the win in the circle, improving to 4-2. She allowed three runs and struck out two in her 4.1 innings of work.

After recording just eight hits in the two games Saturday, the Tigers pounded out 10 hits. Clark, Doyle and Sunseri each had two hits. Sunseri finished with a team-high four RBI, while Doyle had three. Andrews, Pleasants, Doyle, Sunseri and Clark all scored two runs apiece.

On winning the series…

“A series, especially on the road, in the SEC is a big deal. The fact that we were able to get it done in any way shape or form is huge for our team.”

Getting to Tennessee’s Ashley Rogers early…

“Rogers is one of the best pitchers in the league without question. So for our offense to do that was a really big moment. Our staff worked really hard preparing our team. Our team did that with what they did yesterday. I told them after the game that they won the series yesterday by forcing Rogers back in that second game by forcing her into extra innings in game one. They put a lot of pressure and wear on her yesterday which created a good situation for us today.”