Men’s Tennis on the Road to Take on Tulsa 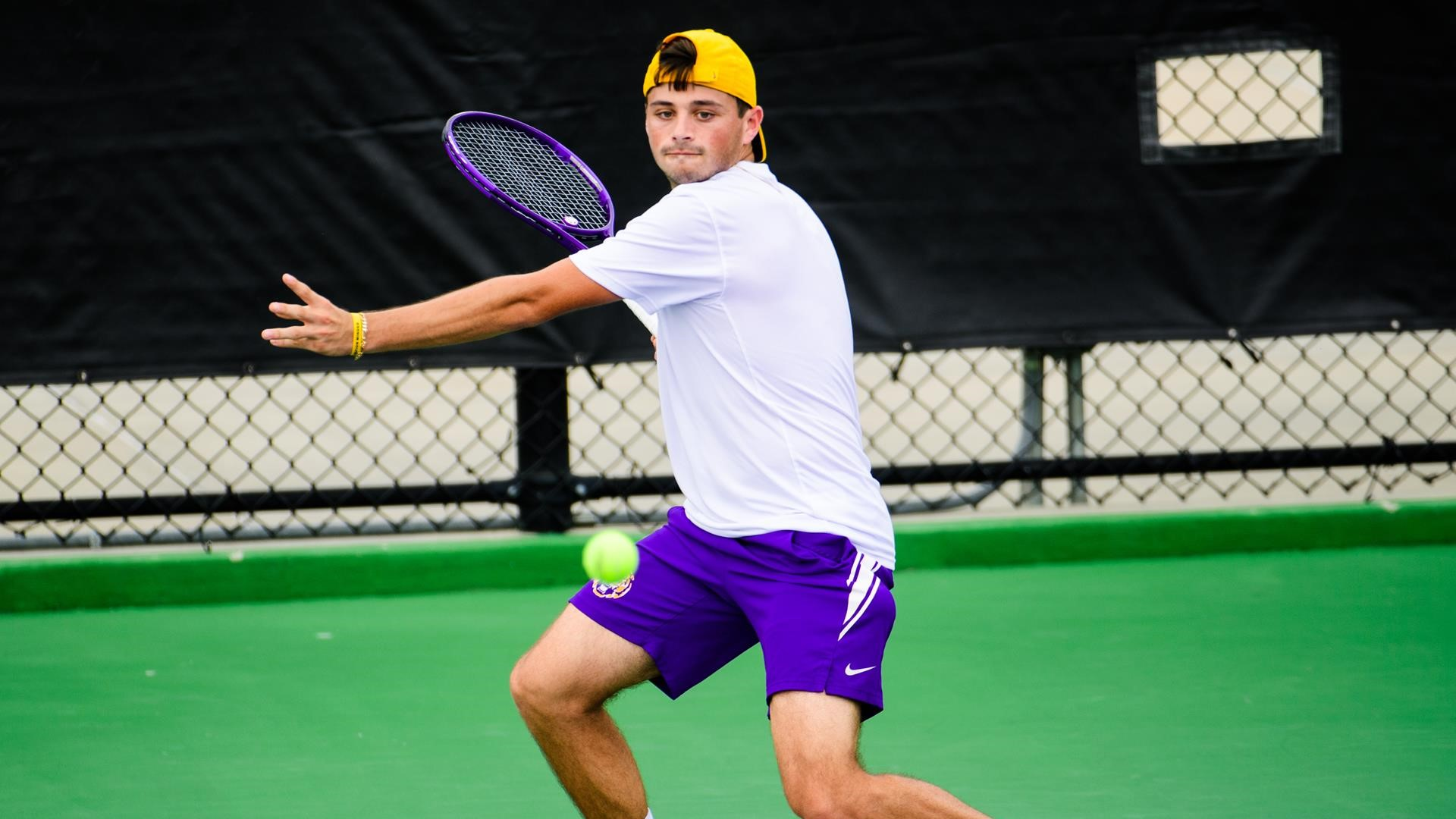 Baton Rouge—The LSU men’s tennis team stays on the road to face Tulsa at the Case Tennis Center in Tulsa, Oklahoma, on Monday, March 15 at 1:00 p.m.

LSU got back in the win column on Friday, defeating Arkansas, 5-2. LSU is now 10-6 on the season and 2-5 in conference play.

Tulsa stands at 7-6 on their season. They’ve faced two opponents that LSU has faced in Texas Tech and Arkansas. The Golden Hurricanes won against Texas Tech, 5-2, but lost to Arkansas, 5-2.

Their head coach, Vince Westbrook, has been at the helm since 1991. Westbrook is Tulsa’s all-time winningest coach at 437-330 and has four C-USA’s coach of the year titles under his belt. Juan-Pablo Cenoz leads the team in wins with seven, three of those coming on court four and four of them on court five. No. 67 Kody Pearson, Tulsa’s court one draw, has a 6-5 record this season. The No. 29 duo of Pearson and Connor Di Marco is 8-3 on the season, all wins coming on court one.