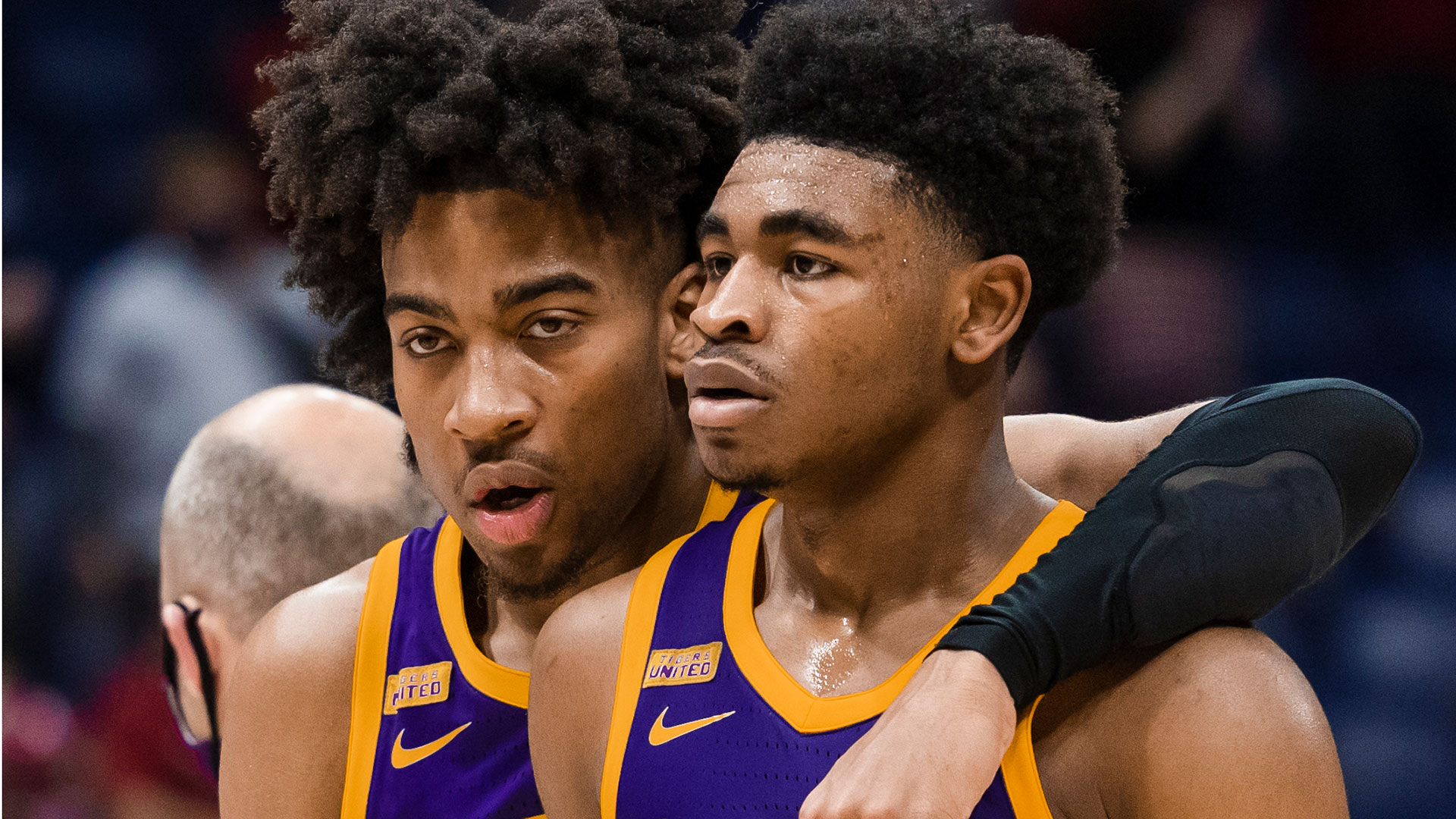 NASHVILLE, Tenn. — With 7.3 seconds to play, LSU had three shots at the basket but couldn’t get one to fall, as the Tigers fell to top-seeded Alabama in the SEC Tournament championship game on Sunday, 80-79.

Alabama native Trendon Watford scored a game-high 30 points for LSU (18-9), but his three pointer in the final seconds came up short. Aundre Hyatt’s tip-in then rattled both sides of the rim, and a last-second tip by Watford and Darius Days wedged between the backboard and the rim before the horn sounded.

Watford, who made 13-of-23 shots, scored the second-most points in SEC Tournament championship game history (tie) to lead the Tigers. Along with his career high scoring, Watford added eight rebounds and a pair of assists in 39 minutes. Javonte Smart scored 21 for LSU on 7-of-17 shooting, while Cameron Thomas was 6-of-18 shooting for 18 points.

LSU finished 30-of-74 shooting (40.5 percent), while committing only five turnovers.

The Tigers await an NCAA Tournament berth, which will be announced at 5 p.m. CT on CBS. The 68-team tournament begins with the First Four on Thursday, March 18, with second-round play to be played Friday and Saturday. All games will be play in Indiana.

Alabama made its first three shots of the contest and led 8-0, forcing LSU Head Coach Will Wade to call a quick timeout to regroup. His team settled into the game after that point, taking a 15-13 lead following consecutive three pointers by Thomas with 13:40 to play.

With both teams relying nearly exclusively on the three-point shot in the first eight minutes of the contest, Alabama regained the team with its fourth trey, 18-15, with 12:08 left in the half. Twenty of the game’s first 27 shots came from beyond the arc. However, that pace slowed for the duration of the first half, as each team worked its way closer to the rim.

As LSU struggled from the field (1 of 10), Alabama built a 24-19 advantage behind eight offensive rebounds which led to eight second-chance points.

Watford scored six-straight for LSU before Smart made a top-of-the-key three pointer and Thomas added a one-on-three fast-break layup to give the Tigers a 32-28 lead with 3:35 remaining before halftime. The Crimson Tide scored the final seven points of the half to lead 40-37. Watford and Thomas played all 20 minutes of the half for the Tigers and each scored 13 points.

Hyatt matched a season high of six points by scoring the Tigers’ first three baskets of the second half in a span of 64 seconds, as LSU regained the lead, 43-42.

After a three by Thomas, Alabama made its next three shots including a pair of three pointers to lead 56-52 with 11:47 to play.

Watford’s tied the game with two three-point plays and a traditional long-range jumper that gave him 26 points. His stellar offensive play served as a foil to Alabama’s long-range shooting and tied the game at 69-69.

Despite trailing by five, 76-71, Smart made a pair of three pointer that gave LSU a 77-76 lead with 1:16 to play. Shackelford answered with a short jumper that gave Alabama a one-point advantage, however, Watford took a double-team pass from Thomas and converted a layup and to lead 79-78.

After Watford missed the back half of the three-point play, Herbert Jones scored with a layup that gave LSU its final possession with 19.8 seconds remaining. A blocked shot went out of bounds to LSU with 7.3 seconds left, and Wade called a timeout prior to the in-bound play. A long in-bound pass had to be tracked down at midcourt by Watford and his top-of-the key shot came up short. Hyatt caught the ball short of the rim, but his and Darius Days’ tip-in attempts wouldn’t fall as time expired.