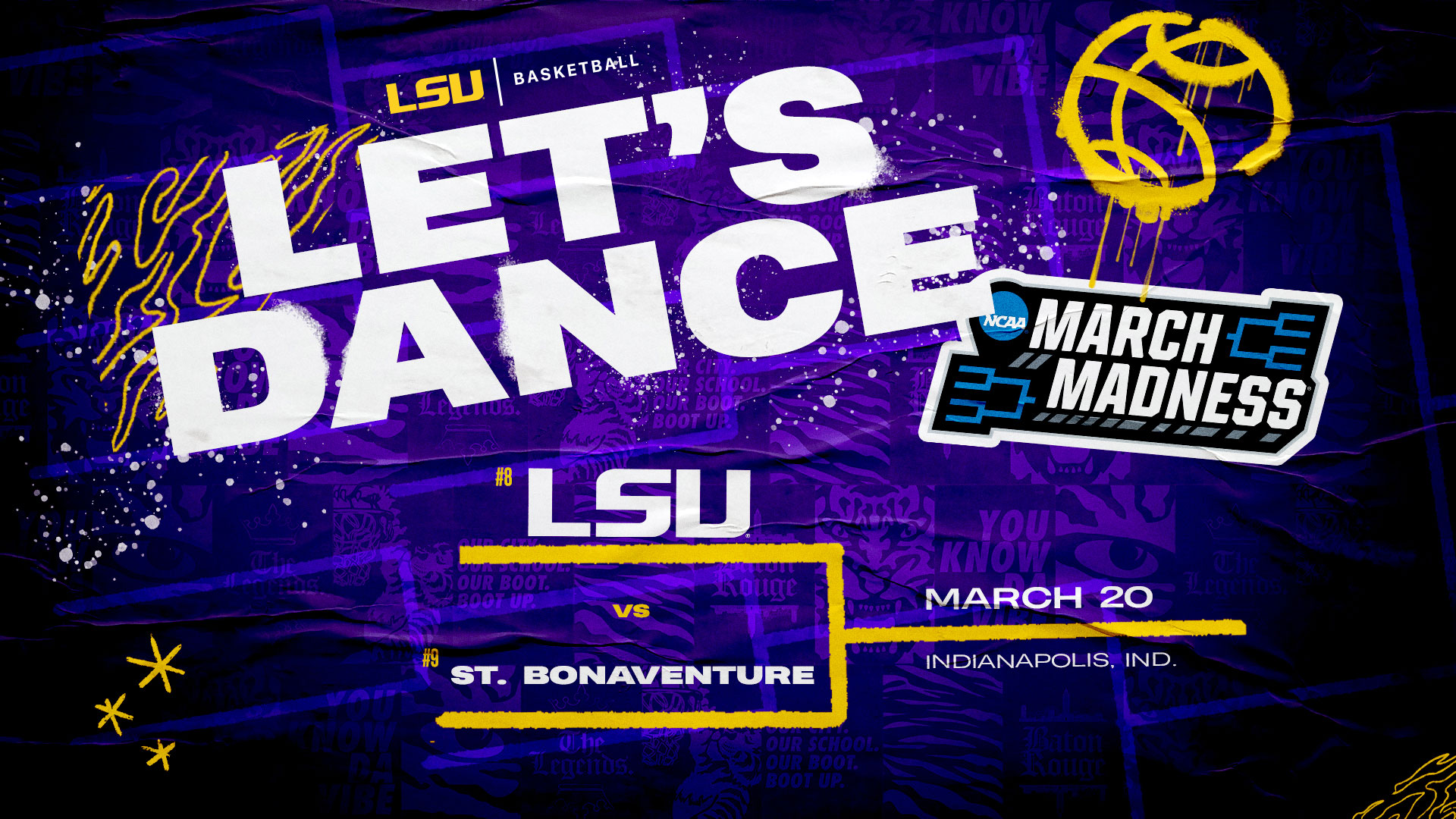 The game will be televised by TNT and broadcast on the LSU Sports Radio Network and at www.LSUsports.net/live.

“It’s always good to see your name on the screen,” said LSU Head Coach Will Wade on a post-selection show Zoom. “We have a huge challenge in front of us. They got a very good team. Coach (Mark) Schmidt – I’m familiar with him from the Atlantic 10 – is as good of a ball coach as there is out there in the country.”

LSU (18-9), the No. 3 in the SEC Tournament, advanced to Sunday’s final before falling to top-seed and No. 6-ranked Alabama, 80-79. The Tigers advanced to play in the NCAA Tournament for the 23rd time in program history and the second-straight tournament. The 2020 Tigers squad was poised to enter the tournament as well before the postseason was canceled due to the COVID-19 pandemic.

The meeting will be the first between the Tigers and Bonnies.

Though the Tigers were ranked higher in the NET ratings (No. 28) than each of the No. 7 seeds in the tournament, the Tigers received a No. 8 seed.

“I was surprised,” Wade said of the Tigers’ seed. “I thought we’d be a little bit better than that. But, at the end of the day, we lost to Saint Louis and we lost to Texas Tech in the non-conference. We didn’t have the non-conference profile that we needed. We were the top eight seed, right there to get a seven (seed). But, I’ve said this: conference tournaments don’t matter (for NCAA Tournament seeding). Our seed was set on, probably Friday night. We’re in the deal. That’s the number one thing.”

The winner of the first-round game will face the winner of No. 1 seed Michigan and a First Four participant – either No. 16 seed Mount St. Mary’s or Texas Southern.

“I couldn’t be prouder of the team for the way they competed at the SEC Tournament this week,” said LSU Athletics Director Scott Woodward. “Their hard work and determination helped them make history and made Tiger fans everywhere proud. I’m looking forward to their continued success heading into the NCAA Tournament.”

First-round games will be televised on TBS, CBS, TNT and truTV from these venues in Indiana: