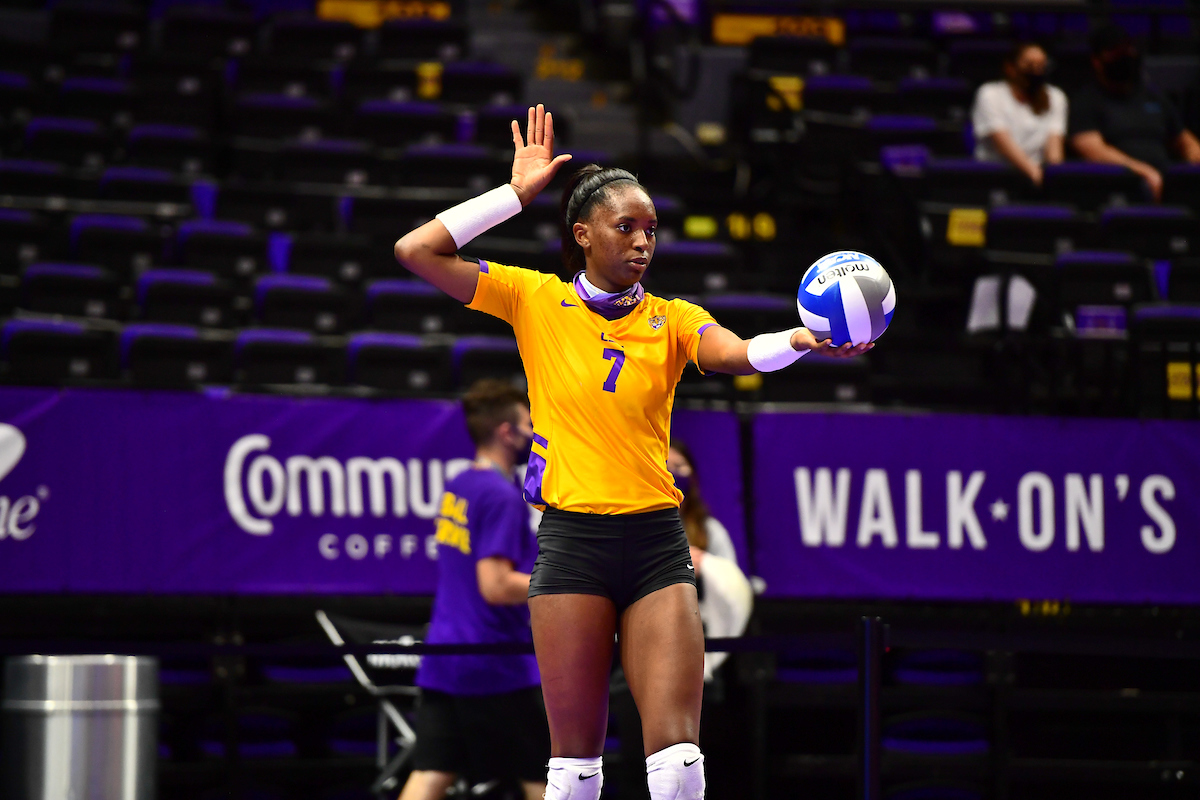 Baton Rouge, La. – LSU (7-11) volleyball swept South Carolina (12-8) Sunday afternoon in the PMAC, one day after the Tigers took down the Gamecoks in five sets.

The first set saw the lead swap between both teams, but LSU came out on top, winning 27-25. The Tigers fought hard in the second set, winning 25-22. LSU won the third set, 25-19, and clinched the match.

The Tigers will stay at home for their next two matches as they face the Georgia Bulldogs on March 19 and 20 in the PMAC. Both matches will begin at 7 p.m. CT and be available for broadcast on SEC Network +.

Taylor Bannister led LSU in kills, finishing with 15. Paige Flickinger finished with nine of her own. Anita Anwusi and Hannah Brister each finished with five for the afternoon.

Karli Rose paced the match and led the Tigers with 26 assists. She also added 11 digs to finish with a double-double, her seventh of the season.

In addition to Rose, three other Tigers finished with double digit digs for the afternoon. Raigen Cianciulli finished with 14, Brister had 12 and Flickinger had 11 for the match.