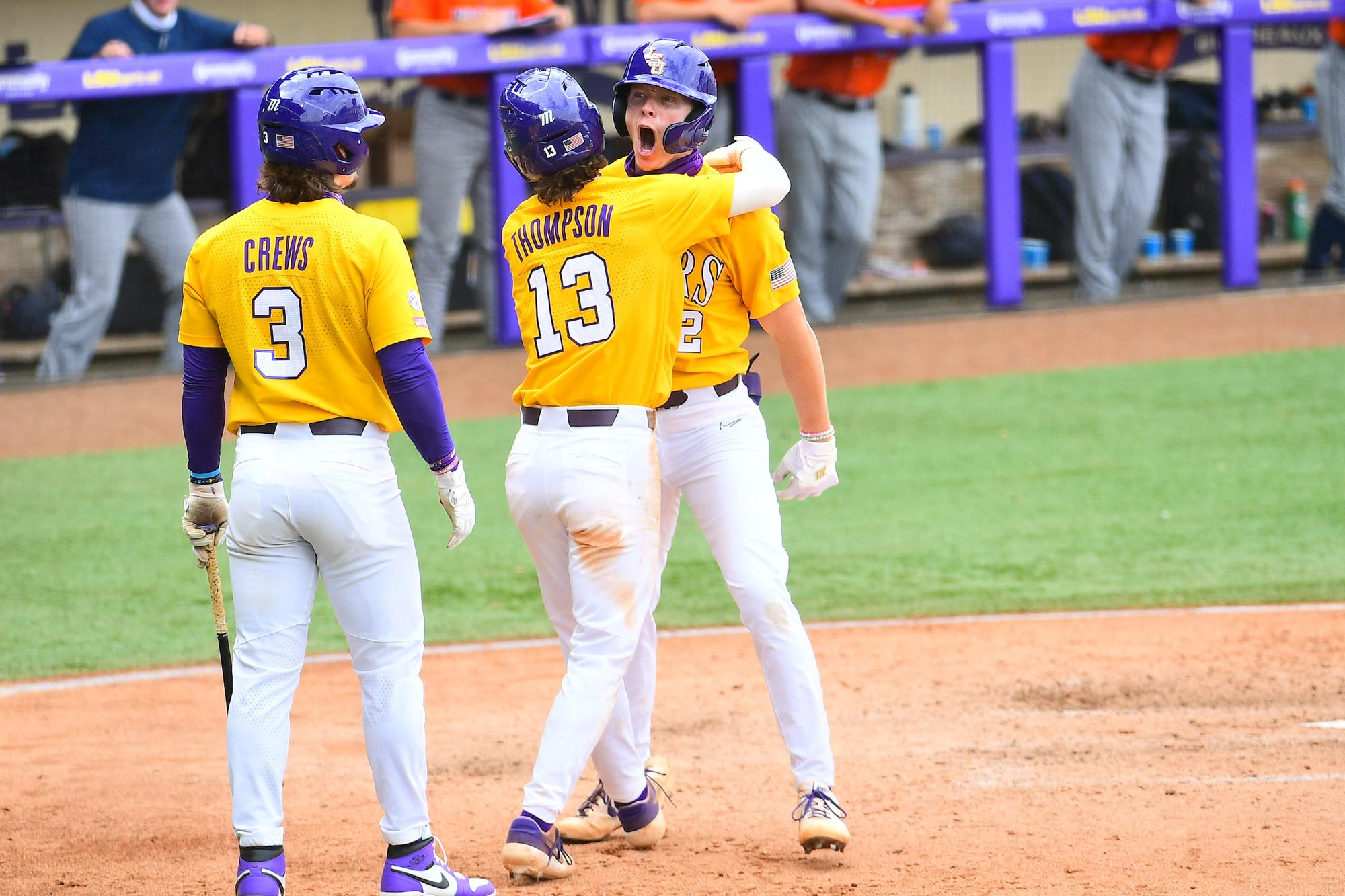 BATON ROUGE, La. — The No. 15 LSU baseball team walked it off for the second consecutive day Sunday against the UT San Antonio Roadrunners with a Gavin Dugas knock to right-center field, completing a late-game comeback and winning, 13-12, in 11 innings.

LSU, which won its fifth straight game and collected a season-high 19 hits, improved to 14-3 on the season, while UTSA dropped to 5-6. The Tigers unloaded six homers in the contest and now have 33 dingers on the year.

Before LSU begins SEC play next weekend, the Tigers will play host to Southeastern Louisiana Tuesday night at 6:30 p.m. CT. The game will be streamed on SEC Network + and broadcast on the LSU Sports Radio Network affiliates.

“Again, the overarching theme for this game, and the entire weekend, really, was the resiliency of our team,” said LSU coach Paul Mainieri. “Even after we gave up the lead in the ninth inning, you could just feel in the dugout that nobody was going to give up.”

Beginning with the 10th inning on Sunday, the game was played using the international extra-innings rule where each half-inning began with a runner at second base and nobody out.

LSU trailed, 12-9, in the bottom of the 10th inning before shortstop Jordan Thompson smashed a two-run homer and pinch hitter Hayden Travinski followed with a solo shot to tie the game at 12-12.

LSU reliever Theo Millas (1-0) entered the contest in the top of the 11th and pitched a scoreless inning, setting the stage for Dugas’ heroics in the bottom of the frame.

“Theo Millas showed us something today,” Mainieri said. “He retires the side in order and sends his team to the dugout with a chance to win the game in the bottom of the 11th. You give kids an opportunity like that to see how the perform under pressure, and Millas has now done that for us on a couple of occasions. Sometimes you have to have these kinds of games to find out about players and what they’ll do when the lights are bright.”

In the bottom of the 11th, pinch runner Will Safford moved from second to third on a passed ball, and he scored the game-winning run on Dugas’ single.

UTSA reliever Ryan Ward (0-2) was charged with the loss, pitching two innings and giving up four runs on four hits with two walks.