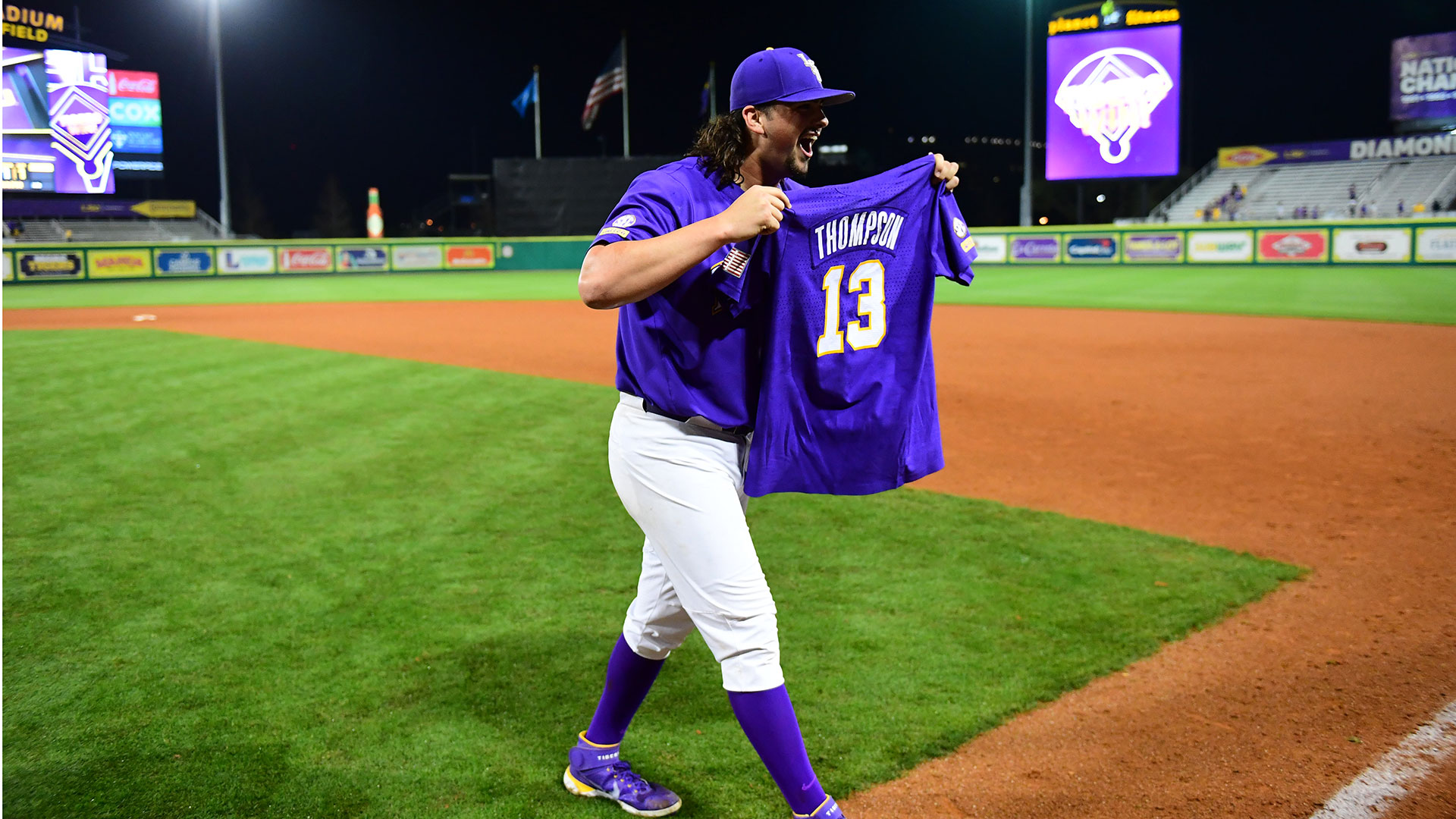 After tying the game in the top of the ninth, 4-4, UTSA (5-5) took a three-run advantage in the 10th inning and led 7-4. LSU’s Cade Doughty hit a three-run home run with one out in the bottom half of the frame to again tie the game.

In the 12th, Roadrunners second baseman Jonathan Tapia hit a two-out two-RBI double that gave the visitors a 9-7 lead. LSU’s Gavin Dugas answered with a two-out, two-run home run to left-center field that tied the game at 9-9.

After Money’s perfect 13th, Thompson hit a one-out solo home run into the left-center field bleachers to send the Tigers to victory. It was Thompson’s fourth dinger of the year and already LSU’s third walk-off win of the season.

“This was a crazy game, and let me say first of all that UTSA has an outstanding ball club,” said LSU coach Paul Mainieri. “There are lot of things that happened in the game that cause us concern, but the overarching theme of tonight is the resiliency of our team. They just never gave up, never quit. Even though it looked like we were done a couple of times, our guys kept battling and we got some big swings. If you’re going to spend this much time out at the ballpark, you might as well end up winning.”

UTSA reliever John Chomko (0-1) was charged with the loss after giving up Thompson’s home run.

The Tigers and Roadrunners will wrap up the three-game series on Sunday at 1 p.m. CT. The game will be streamed on SEC Network+ and broadcast on 100.7 FM in Baton Rouge. Live streaming audio is available at www.LSUsports.net/live.

Fans are reminded to set clocks forward one hour tonight, as Daylight Saving Time begins in most of the United States.

JORDY WALKS IT OFF

GAVIN “GORILLA BALL” DUGAS TIES IT BACK UP