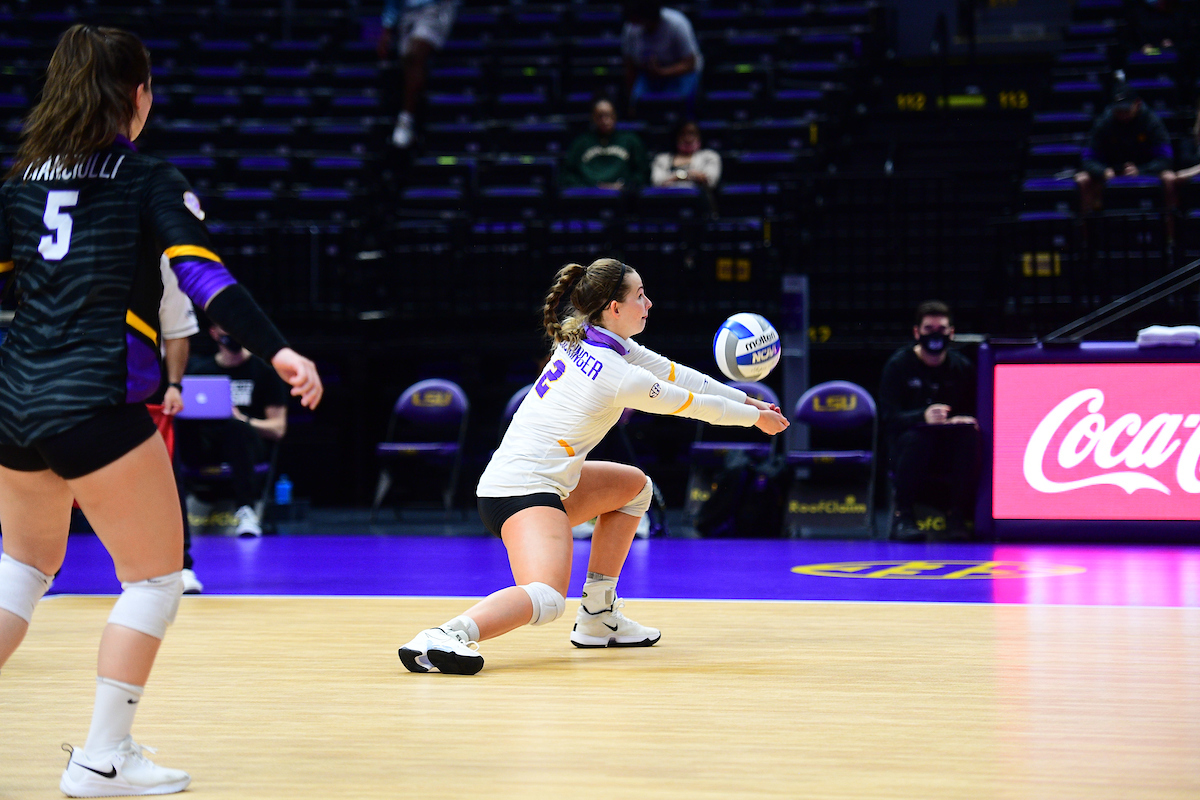 LSU won a tightly contested first set, 25-18. The Tigers dominated the second set, winning 25-9. South Carolina won a close third set, 25-21. Despite a valiant comeback effort by LSU in the fourth set, South Carolina narrowly won it, 25-21, and forced a fifth set to decide the match. LSU won the fifth set, 15-8, and won the match.

“That’s a team that feels like they’re on the NCAA Tournament bubble and have a chance so it was nice to play a quality opponent that way,” said head coach Fran Flory. “It was a great match for us to mature and grow up through and understand the aspects we can control versus the aspects we can’t control and respond to that.”

The Tigers will face South Carolina again on Sunday at 1 p.m. CT in the PMAC. The game will be broadcast on SEC Network +.

Taylor Bannister led the team with 25 kills and Hannah Brister finished with 12 of her own for the match. Paige Flickinger also had double-digit kills, finishing with 10.

“What a great match for Taylor,” said Flory. “Hannah Brister came through with some key plays that aren’t on the stat sheet but made the difference in the fifth set.”

LSU also had 8 service aces for the match. Flickinger had a career-high with four, which also led the team.

“Credit our serving,” said Flory. We can be a really good serving team, but we are still a work in progress.”

The Tigers finished with a .312 hitting percentage, which was their best performance of the season so far.