No. 3 Beach Splits Opening Matches at March to May 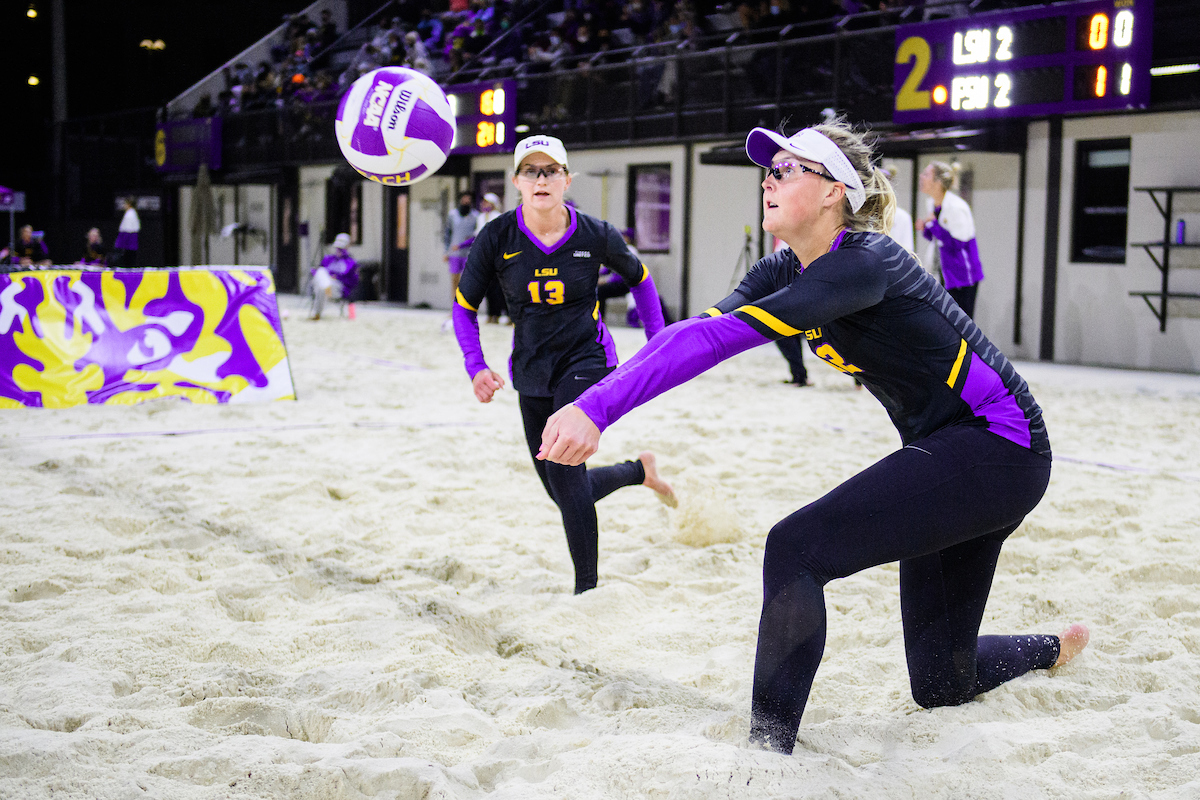 GULF SHORES, Ala. – The No. 3 LSU Beach Volleyball team swept No. 18 Georgia State Saturday morning before losing a down to the wire match against No. 2 Florida State in the afternoon.

LSU faced both teams a week ago in Baton Rouge. The Tigers swept the Panthers last week then lost the Seminoles, 4-1. In Gulf Shores on Saturday, LSU swept GSU once again and then came points away from defeating Florida State.

“I’m so proud of how our team played today,” said head coach Russell Brock. “It’s clear that we’ve been individually and as a group focusing on getting better and it showed today.”

LSU has three more matches on Saturday in Gulf Shores beginning at 8 a.m. CT against No. 20 Tulane. The Tigers will then face No. 11 Grand Canyon at 10 a.m. before wrapping up the weekend against UAB at 3 p.m.

Olivia Ordonez and Kahlee York got the Tigers rolling in the morning’s match against GSU, taking Court 5 in three sets. The pair got off the a shaky start though, dropping the first set, 21-12. They rebounded in set two though, 21-16, and then rolled in the third set with an easy 15-4 win to give LSU an early overall lead.

Claire Coppola and Kelli Greene-Agnew needed three sets on Court 2. They won the first set 21-19 before GSU took set two, 21-13. In the final set, Coppola and Agnew-Greene edged out the victory, 15-12, giving the Tigers the sweep over the Panthers for the second week in a row.

Later in the afternoon it was time for the rematch between LSU and Florida State.

“That was the strongest resistance we’ve faced so far this year and we definitely responded well to it,” said Brock. “The effort the team showed was incredible. It’s tough to lose one that was so close.”