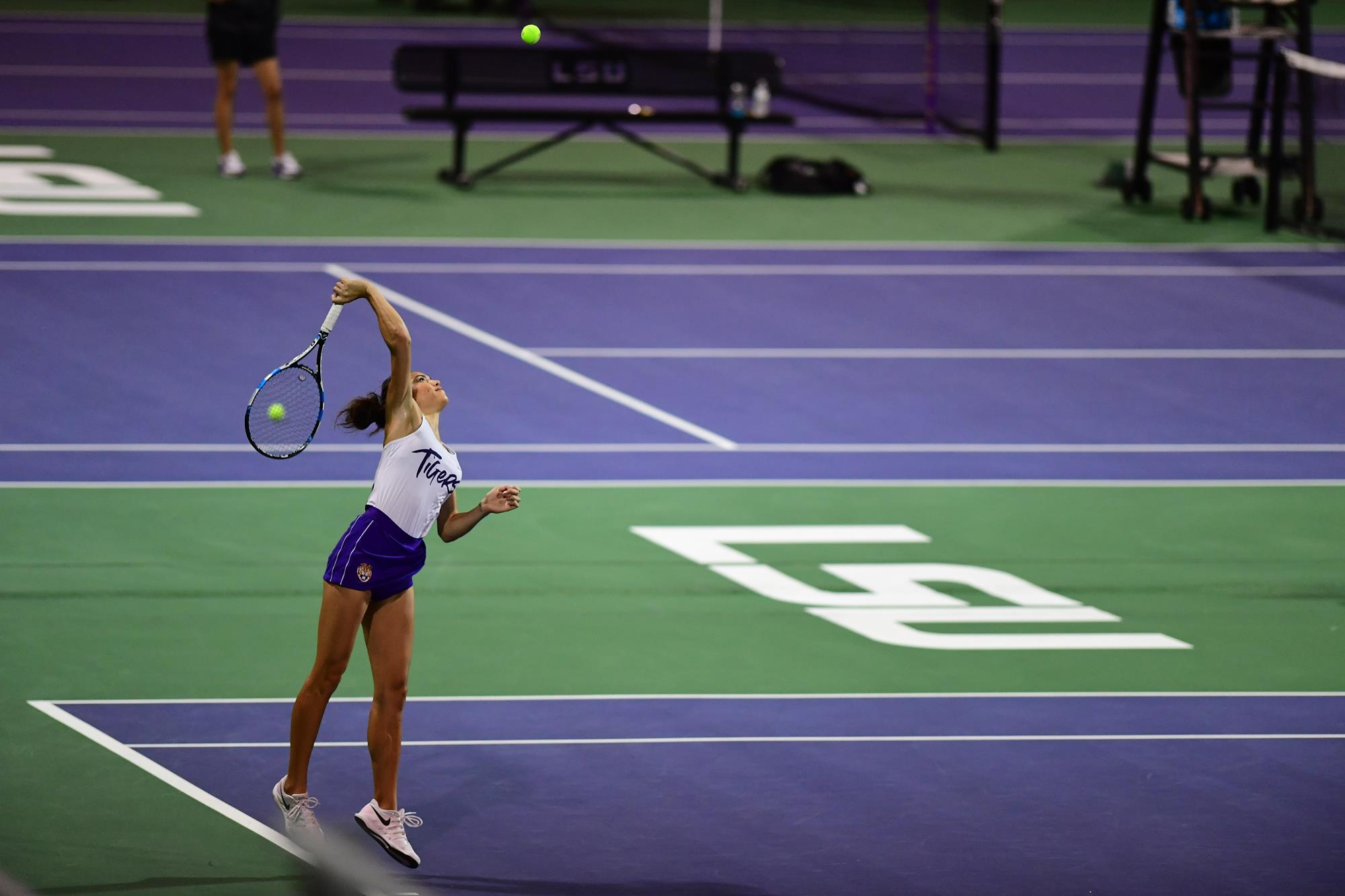 Baton Rouge, La. – The No. 19 LSU Women’s Tennis team fell by a score of 4-0 to the No. 3 Georgia Bulldogs on Friday night at the LSU Tennis Complex.

“Credit to Georgia for a tough win that showed why they’re one of the best in the nation,” co-head coach Michael Sell said. “Today proved that we can compete with and have the ability to beat any team in this country. We are proud of this team and they are committed to keeping on improving as we move into the second half of the SEC season. We’ll rest up and be ready for another great opportunity on Sunday.”

Georgia’s Meg Kowalski and Lea Ma were the first doubles duo off the courts, defeating sophomore Maggie Cubitt and freshman Samantha Buyckx in a 6-3 contest at the No. 3 doubles.

The Bulldogs clinched the doubles point at the No. 1, where Katarina Jokic and Ariana Arsenault defeated the No. 14-ranked duo of senior Eden Richardson and sophomore Nina Geissler by a score of 6-3

No. 31 Ma grabbed the first singles point of the afternoon at the No. 2 singles spot, where she defeated No. 81 Safiya Carrington. The two contested a tight first set, with Ma able to narrowly beat Carrington 7-5 before carrying momentum into the second set to get a 6-3 win.

Georgia made it 3-0 on the night after No. 60 Kowalski defeated senior Paris Corley at the No. 3. Kowalski won the first set 6-3 before holding off a late surge from Corley in the second, narrowly winning 7-5 to secure the win.

The match was clinched at the No. 1, where No. 16 Jokic defeated No. 41 Taylor Bridges. Jokic claimed the first set 6-3 before Bridges responded with a strong 6-3 second set, forcing a third set to decide the court. The third set saw Jokic take the lead and not look back on her way to a 6-0 win and giving Georgia the match victory.

The No. 19 Tigers conclude the weekend by hosting No. 23 Tennessee at noon CT on Sunday, March 14.