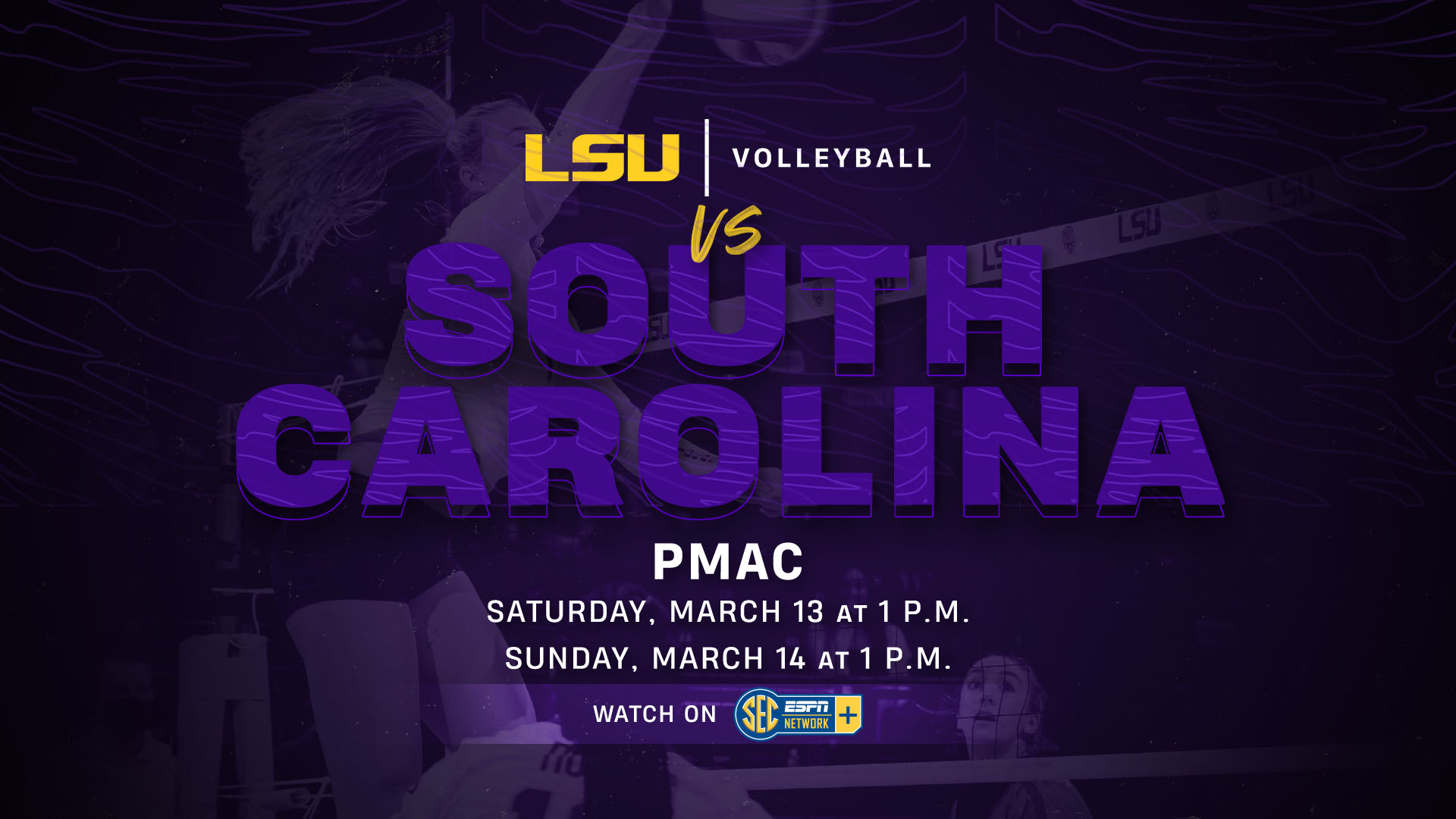 BATON ROUGE – The LSU Volleyball team (5-11) is set to host South Carolina (12-6) Saturday and Sunday in the PMAC at 1 p.m. CT both days. Both matches will air on the SEC Network +.

Following this weekend the Tigers will only have two more weeks of competition. LSU will host Georgia next week for its final two home matches of the season before travelling to face Tennessee in Knoxville to round out the season which officially began last October.

“For everybody it’s a fight to the finish right now,” said head coach Fran Flory. “It’s a matter of who’s going to finish well.”

LSU will look to end its three-game skid after falling to Ole Miss in the second match of the two-game set and then being swept by Kentucky, one of the best teams in America, last weekend. South Carolina, on the other hand, brings a three-game winning streak into Baton Rouge.

“South Carolina is a very talented team,” Flory explained. “Mikayla Robinson is one of the best middles in the league and it will be a matchup of physical play at the middle blocker position – certainly with two of the elite players in the league with Taylor Bannister and Mikayla on opposite sides of the court. Tom (Mendoza) has done a great job of building that program and they’re a very good volleyball team and it’s a group of very talented athletes.”

Robinson, a senior, is joined by the freshman Ellie Ruprich as South Carolina’s main middle blockers. Rurprich, a two-time SEC Freshman of the Week, is tied for the third most blocks per set this season in the SEC at 1.21. Robinson has a .328 hitting percentage, the 10th best mark in the league.

South Carolina’s Riley Whiteside earned her third SEC Freshman of the Week honor last week after having some career matches against Ole Miss.

On LSU’s side, the Tigers feature on of the league’s most dominant players, Taylor Bannister, who has accumulated the fourth most digs in program history. This season Bannister has the third most kills per set with 4.23. Setter Karli Rose gets the ball to Bannister nearly one third of the time as Bannister had 669 of the Tigers’ 2187 total attacks this season. Rose, who has six double-doubles this season, has the sixth most assists per set in the SEC with 9.66.

Paige Flickinger and Hannah Brister have both had success as outside hitters. Flickinger, a freshman, has five double-doubles this season and has the second most kills (140), service aces (14) and digs (166) on the team. Brister joined the team at the semester, already six matches into the season, but has proven herself as somebody who can get kills with the third most on the team for the whole season with 89 and second most kills per set at 2.47.