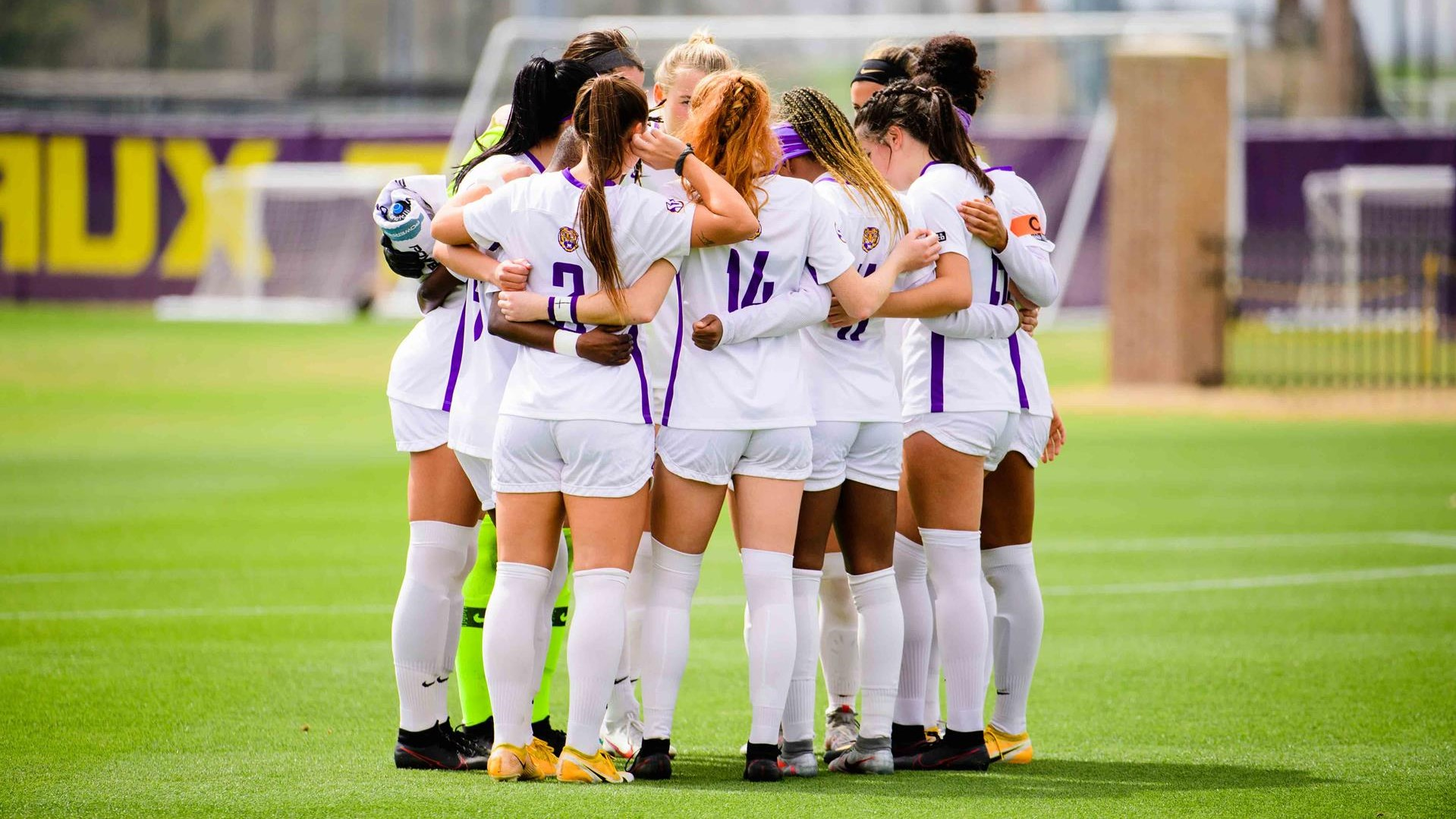 Baton Rouge, La. – The LSU soccer team (5-7-3) will look to continue its winning ways of late with two games on the slate this weekend. The Tigers will host Dallas Baptist University (5-0-0) on Friday afternoon at LSU Soccer Stadium for a 1 p.m. CT first kick. LSU will then hit the road and travel to Orange Beach, Alabama, for a neutral site contest against Florida (3-7-2) at 12 p.m. CT on Sunday at the Orange Beach Sportsplex.

LSU and Dallas Baptist University will meet for the first time ever on Friday. Florida and LSU have played a total of 22 times and LSU’s last win came in 2011 on the road against Florida.

The Tigers come into the match having gone 5-1-1 in their last seven contests dating back to the first round of the SEC Tournament in November. LSU has picked up wins against Alabama, No. 14 Ole Miss, Southern Miss, South Alabama, and Southern in that stretch as well as a tie against SEC foe Auburn. The only loss in the last seven came against No. 8 Texas A&M in the quarterfinals of the SEC Tournament by a tally of 1-0. South Alabama is an NCAA tourney team as they won the Sun Belt Conference title in the fall.

2020-21 marks the 25th season of LSU hosting soccer matches at LSU Soccer Stadium. LSU’s record at LSU Soccer Stadium is 127-81-30 dating back to the 1996 season. The LSU soccer program played its first season in 1995 at the University High field adjacent to the football practice facility and went 9-2-1 at home that season. LSU owns a home record of 17-13-5 over the past three seasons.

Alexander was the beneficiary of some clinical play by the Tigers. Thompson and Wasila Diwura-Soale played some beautiful touches before sending Alexander into the right side of the box where she finished from approximately eight yards out in the seventh minute of the match. It was Diwura-Soale’s third assist of the season which is tied for the team lead alongside Alexander (3) and Meghan Johnson (3).

Thompson’s first goal of the match came right after halftime in the 48th minute. Alexander was about 24 yards out and played a stunning ground pass to the edge of the six where she proceeded to finish it off. In the 59th minute, Maddie Moreau beat her defender on the left flank and sent a cross in that penetrated Southern’s defense and Thompson banged it home from inside the six. It was Thompson’s fourth goal of the season, a career high, and it was assist No. 2 of the season for Moreau.

LSU’s backline has been working in complete cohesion with the LSU goalkeeper tandem of Mollee Swift and Bella Zanotelli over the past seven matches only allowing three goals in 660 minutes of game action. That’s good for a goals averaged against number of 0.41. Swift has a GAA of 1.13 in 13 games played and Zanotelli has a GAA of .80 in her three games played this season.

Redshirt junior Tinaya Alexander is having a career year with eight goals and three assists for a career high point total of 19. Alexander has three braces on the season, a mark that leads the SEC. She has factored into the box score in seven of LSU’s 15 matches and in those games the Tigers are 5-1-1.

She’s registered points in three of LSU’s four games this spring and her third assist of the season came last Friday against Southern. Alexander now has 16 career assists which is the ninth most in LSU history. Alexanders’ 1.46 points averaged per game ranks as the fourth highest total in the SEC this season.