No. 12 Softball Opens SEC Action at No. 22 Tennessee 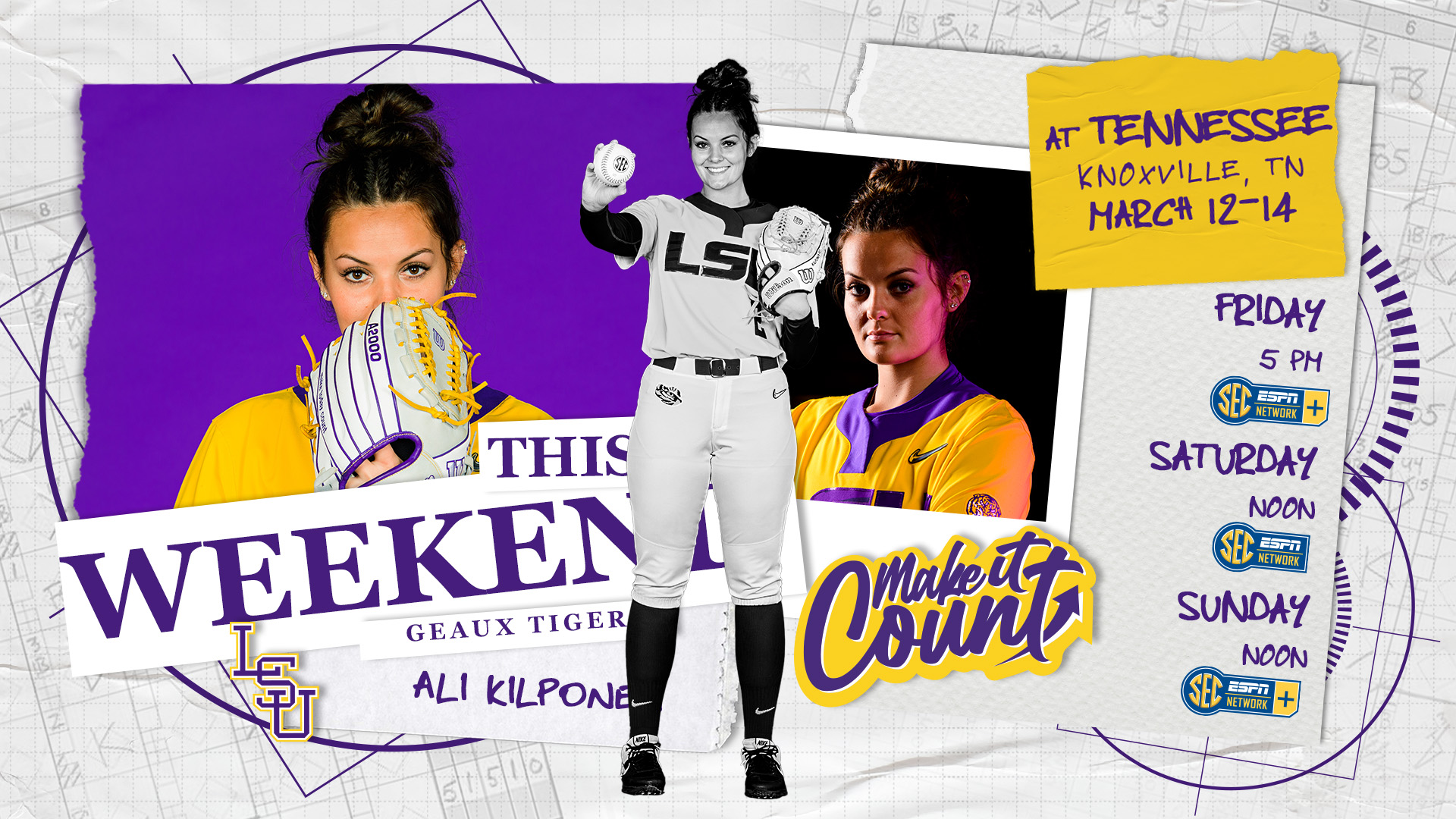 BATON ROUGE – After claiming the series against previously-No. 7 Texas, the No. 12 LSU Softball team opens SEC action this weekend, March 12-14, at No. 22 Tennessee in Sherri Parker Lee Stadium.

About the Tigers
The Tigers go into the weekend with an overall record of 13-6 after taking down previously-No. 7 Texas last weekend in a three-game series. The Tigers fell in game one, 8-5, but rallied back for a 2-1 eight-inning victory and dominant 7-2 win in game three to claim the series.

On the season, LSU is hitting .282 and averaging 5.26 runs per game. Aliyah Andrews leads the way at the plate, hitting .426. She hit her first home runs over her career last week, an inside-the-park home run against Southern Miss last Tuesday and an outside-the-park in the final game versus Texas. Ciara Briggs is hitting .360 and has five doubles, two triples and two home runs on the year.

In the circle, Shelbi Sunseri leads the team with a 0.98 ERA. She is 4-2 on the year after claiming the eight-inning victory over Texas on Saturday. She has struck out 28 batters in 35.2 innings of work. Ali Kilponen also got the win on Saturday. She leads the staff in strikeouts at 33 in 27 innings. The Tigers goe into the weekend with a 2.38 ERA and have four shutouts on the year with nine complete games.

About Tennessee
The Lady Vols go into the weekend with a 17-1 overall record. They are coming off a 5-0 weekend at the Reveille Classic, claiming wins over Campell, Lamar and SEC foe Texas A&M.

In the circle, Ashley Rogers has seen the most action at 50 innings and is 8-1. She has struck out 94 batters in 50 innings. In 10 appearances, she has three shutouts and six complete games. The Lady Vols’ staff has a 0.91 ERA and is holding their opponents to a .135 average.

What’s On Deck
The Tigers will face Southeastern Louisiana on the road next Tuesday at 6 p.m. The game will stream live on ESPN+.  LSU returns home next weekend for its first Saturday, Sunday, Monday series against Texas A&M. For full schedule, click here.