No. 2 Men, No. 6 Women Prepped For NCAA Indoor Championships 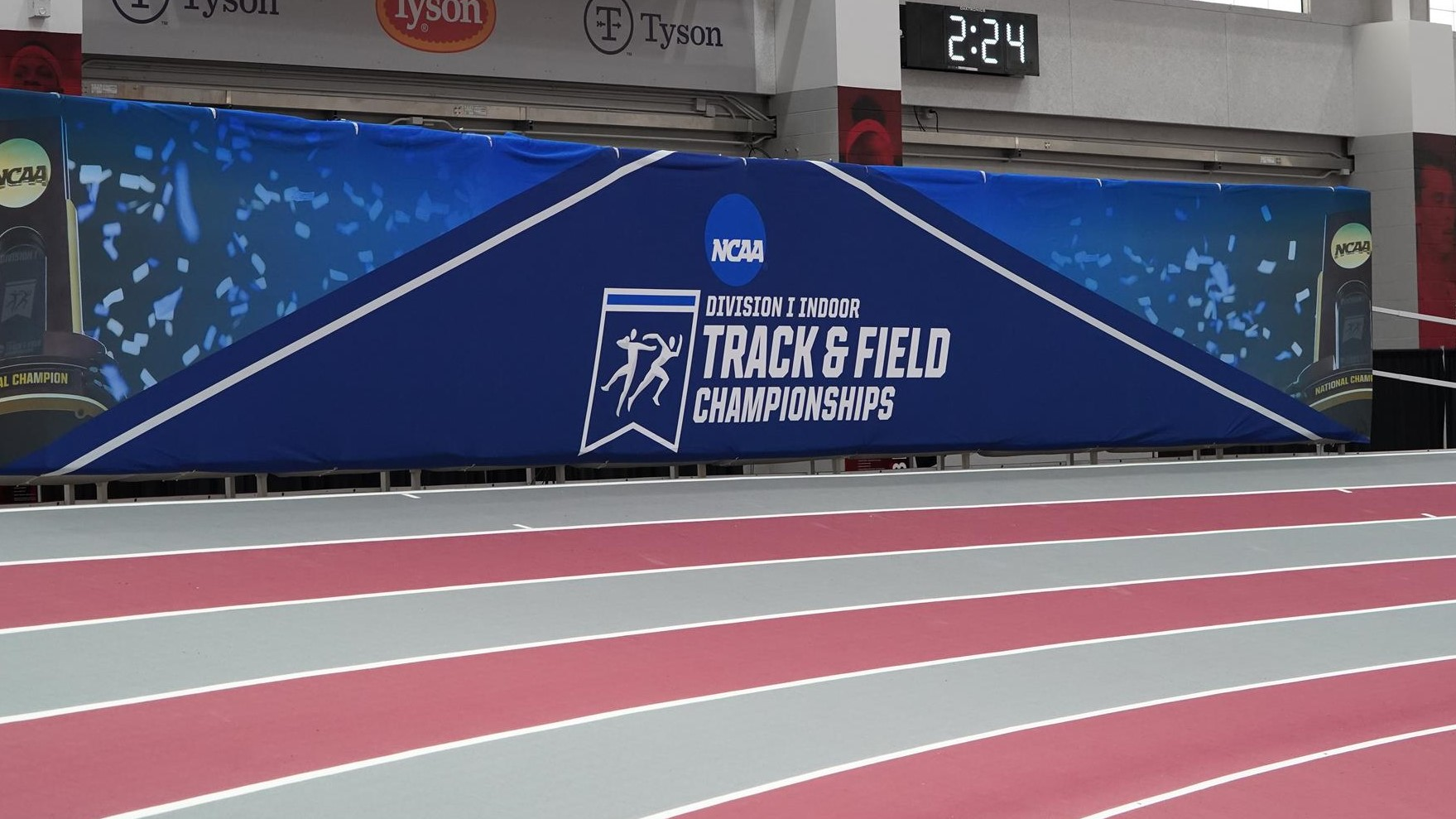 Baton Rouge, La. –  The LSU track and field program is taking a crew of 23 student-athletes (11 women, 12 men) to the 2021 NCAA Indoor Championships that will take place in Fayetteville, Arkansas, at the Randal Tyson Track Center. The three-day meet will begin Thursday (March 11) and run through Saturday evening (March 13).

LSU enters the meet ranked No. 2 in the men’s rankings and No. 6 in the women’s rankings. Fans can watch the meet all three days on WatchESPN (links below). Thursday’s live stream coverage can be viewed at espn.com/watch. A re-air of the meet will take place on Sunday (March 14) at 8 p.m. CT on ESPNU.

This will be trip No. 4 of the year for the LSU to Fayetteville; the Tigers competed at the SEC Championships two weeks ago and also attended two regular season meets at Arkansas. The LSU men have 12 scoring opportunities and the women have nine scoring chances.

The NCAA meet will mirror what the SEC Championships looked like two weeks ago with split sessions for the men and women. The men will compete in the first session each day and then the women will conclude competition each evening. Monique Hardy, Jon Nerdal, and Jake Norris will be the first competitors in action for LSU on Thursday afternoon; a full competition guide can be viewed above.

LSU at the NCAA Indoor Championships

The LSU women have won 39 NCAA indoor event titles (32 ind., 7 relays) over the years, and the LSU men own 23 NCAA indoor event titles (18 ind., five relays). Rayvon Grey (long jump) and Mondo Duplantis (pole vault) were the latest men to claim NCAA indoor individual titles with their triumphs in 2019, and Aleia Hobbs was the last woman to win one in 2018 when she set the collegiate record of 7.07 seconds in the 60 meter dash.

Of LSU’s 23 athletes making the trip to Fayetteville, nine of them have competed at the NCAA Indoor Championships previously. A handful of LSU athletes have scored at previous indoor meets; JuVaughn Harrison earned silver in the high jump at the 2019 NCAA meet, Abigail O’Donoghue placed sixth at the same meet in the high jump, and Damion Thomas took eighth at the 2018 NCAA meet in the 60 meter hurdles as a freshman. Lisa Gunnarsson (4th/pole vault/2018), Aliyah Whisby (7th/pentathlon/2019) and Symone Mason (7th/4×400 meter relay/2019) scored points on the national stage before arriving at LSU as transfers.

Terrance Laird (200 meters/20.28), Lisa Gunnarsson (pole vault/14′ 10″), and JuVaughn Harrison enter the meet as favorites in their events; Harrison is No. 1 in the NCAA in the long jump (27′ 4″) and high jump (7′ 5.75″). Harrison is the lone Tiger on the indoor squad to have won a national title; he is a two-time NCAA outdoor champion, but has never captured an indoor national title.

The jumps crew has six athletes qualified for the national meet in a total of seven events. The aforementioned JuVaughn Harrison will go for the double in the high jump and long jump on Friday afternoon. His day will start with the high jump at 11:30 a.m. CT and then he’ll move over to the long jump which is slated to start at 2 p.m. CT. Harrison has completed this double before back in 2019 at the NCAA outdoor meet; , he became the first man in NCAA history to sweep long jump and high jump national titles at the outdoor NCAA meet.

Lisa Gunnarsson enters the NCAA meet as the favorite in the event with a season best of 14′ 10″ (4.52 meters) in the pole vault; Gunnarsson last competed at the NCAA indoor meet in 2018 as a member of Virginia Tech and she placed fourth at that event.

Transfer Aliyah Whisby will compete in her first NCAA championship meet for LSU this weekend. She’s set to compete in the long jump on Friday evening at 6:30 p.m. CT; she scored at the 2019 NCAA indoor meet in the pentathlon, but this will be her first time competing at the NCAA indoor meet in solely the long jump. She has the No. 6 mark in the country this year with a leap of 21′ 8.25″ (6.61 meters).

Freshman Sean Dixon-Bodie is coming off a bronze finish at the SEC Championships with a personal best leap of 53′ 11.75″ (16.45 meters); that mark has him entered as the No. 5 seed in the triple jump.

LSU has eight athletes entered in individual events as well as relays on both the women’s and men’s side. Terrance Laird enters the meet with the LSU school record and 2021 world lead of 20.28 under his name. Laird will be competing at his second ever NCAA indoor meet; he competed for Penn State back in 2018 as a freshman in the 200 meters and took 12th overall.

Damion Thomas and Eric Edwards Jr. enter the meet with two of the top five times in the nation and will be in the running for big points for the Tigers. Thomas’ career best of 7.60, which won him the SEC title, ranks as the second fastest in the nation, and Edwards Jr.’s season best of 7.67 has him ranked No. 5 entering the meet. Thomas and Edwards Jr. hurdled to a one-two finish at the SEC meet. On the women’s side, 2021 SEC 60 meter hurdle champion Milan Young will come into the national meet with the No. 6 seed with her career best of 8.03 that she ran two weeks ago at SECs to win the title.

Freshman Favour Ofili of Nigeria has only ever run three indoor meets and she enters the NCAA meet with the third-fastest seed time of 22.75 that she ran at the SEC Championships. The 22.75 is a Nigerian and African record and it ranks as the third fastest in LSU history.

Noah Williams and Sean ‘Squirrel’ Burrell will make their NCAA debuts on Friday. Williams, the 2021 SEC champion and LSU school record holder, enters the meet with the No. 5 seed time of 45.26; Burrell, a freshman, comes in with a seed time of 45.47 that he ran in February and it ranks as the 10th fastest in the nation this year. Fellow quarter miler Amber Anning will represent the LSU women in the 400 meters; her season best of 52.27 ranks No. 9 in the nation.

The LSU throws unit will get things started at the NCAA meet for the Tigers on Thursday. Monique Hardy will make her NCAA debut in the weight throw at 4:30 p.m. CT on Thursday afternoon; Hardy owns the second best throw in LSU history with a personal best of 71′ 11.50″ (21.93 meters) and it ranks No. 9 in the NCAA.

On the men’s side, Jake Norris will make his second career NCAA appearance indoors and Jon Nerdal will compete at the national meet for the first time. Nerdal (72′ 11.75″/22.24 meters) and Norris (71′ 11″/21.92 meters) enter with the ninth and 13th best throws in the nation, respectively.

Davis Bove, the school record holder in the mile, will represent the LSU distance squad at the national meet. Bove is coming off a fourth place finish in the mile at the SEC Championships and enters the national meet with a seed time of 3:57.49. Bove ran his sub four minute mile in mid-February at the Music City Challenge in Nashville, Tennessee. He’ll be the first LSU competitor on the track Thursday with the prelims of the men’s mile at 2 p.m.

Only the top 16 athletes in the nation were able to qualify for each event. In order for an athlete to contribute points to LSU’s team score, they must finish inside the top eight.