LSU Improves to 11-3 with Third Shutout of the Season 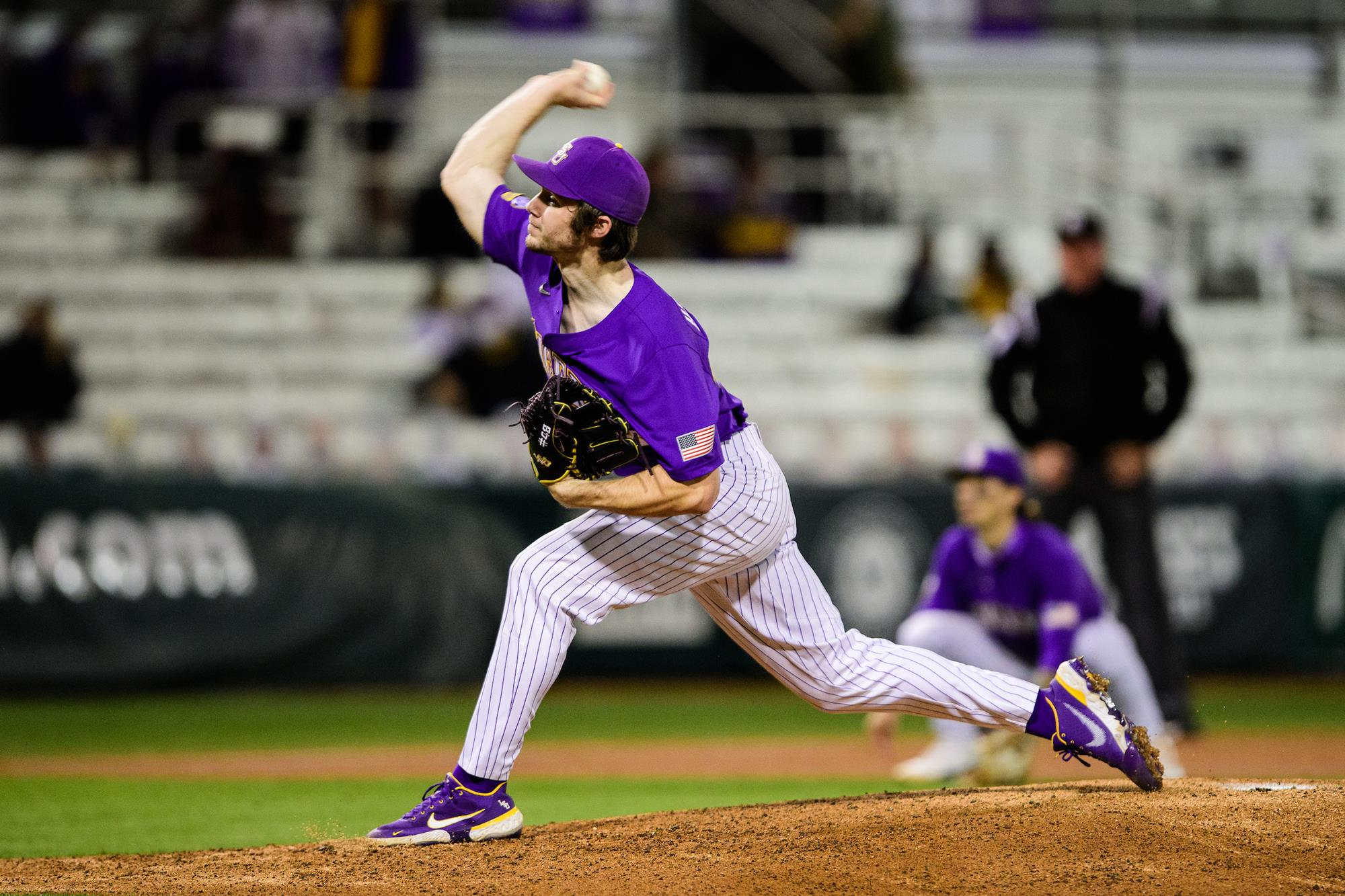 LSU improved to 11-3 on the year, while the Privateers dropped to 5-7. The Tigers return to action at 7 p.m. CT Friday when they play host to UT San Antonio in Game 1 of a three-game series at Alex Box Stadium, Skip Bertman Field.

Hellmers (3-1) worked five shutout innings, allowing just four hits with one walk and a career-best seven strikeouts. He threw 73 pitches in the outing, also a career high for the true freshman.

“When we recruited Will, we had a feeling there was something special about him,” said LSU coach Paul Mainieri. “There’s just something about him that finds a way to get the job done. He instills a lot of confidence among his teammates because of the way he goes about his business.”

Morgan was 2-for-4 at the plate with a triple, two RBI, and two runs, and Beloso was 2-for-3 with a double and two RBI.

“Tre’ has stepped in and played like a seasoned veteran,” Mainieri said. “This kid is really something; I’ve sung his praises since the day he walked on campus. He plays the total game – his defense is phenomenal, he can really hit, and he’s a great base runner with tremendous instincts. He’s a lot of fun to watch, and he puts in a lot of hard work.”

LSU struck for two runs in the top of the third against UNO reliever Jacob Lamkin as Morgan lined an RBI single and Beloso lifted a sacrifice fly.

The Tigers added two runs in the fifth when Morgan smashed a run-scoring triple and Beloso ripped an RBI double to extend the lead to 4-0.

In the seventh, Morgan reached on an infield hit, moved to second on a balk, stole third base and scored on a wild pitch.

Lamkin (0-1) was charged with the loss, allowing two runs – one earned – on two hits in 1.2 innings with one walk and two strikeouts.