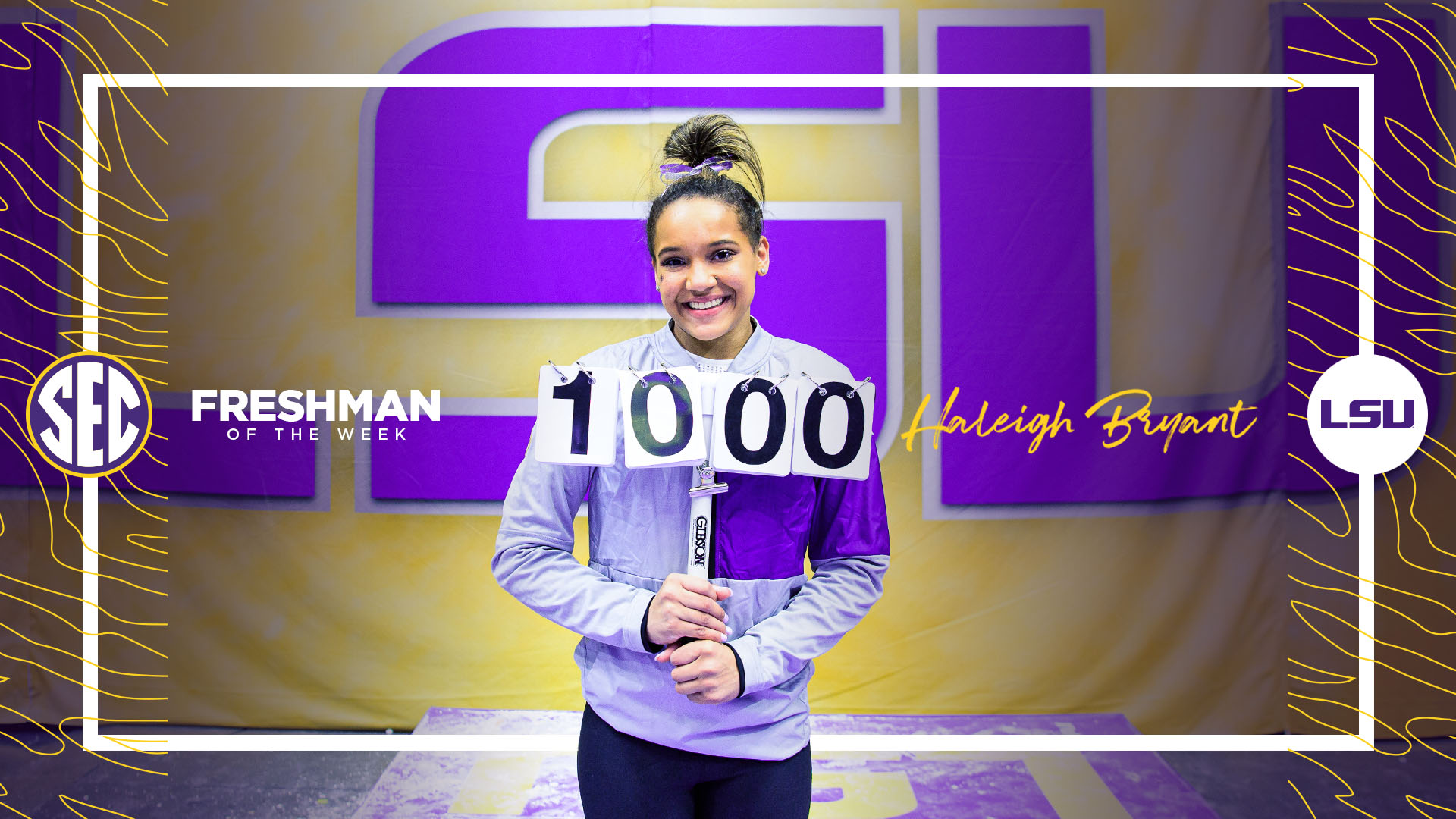 BATON ROUGE – Following a career high all-around score of 39.625, LSU gymnast Haleigh Bryant was named the SEC Freshman of the Week for the fifth time in 2021, the league office announced.

The top freshman in the entire country, Bryant scored a 10 on her front handspring-front pike half vault on Friday night against Missouri. It was the first 10 for Bryant in her career. She became the fourth LSU freshman to score a perfect 10 in school history.

In addition to her perfect vault, Bryant scored a 9.95 in the fifth spot of the LSU floor lineup. The freshman also scored a 9.85 on beam and 9.825 on bars.

In the national rankings, Bryant is third on floor, fifth on vault and eighth in the all-around.

Bryant has cemented herself as the top freshman in the SEC this year. She was named the SEC Freshman of the Week after five of eight meets. She was also named the top gymnast in the league after the Tigers’ road win at Arkansas.

The third-ranked Tigers will take the week off before traveling to Huntsville, Alabama, and competing for their fourth-straight SEC Championship on Saturday, March 20. The meet will be televised on the SEC Network with Bart Conner and Kathy Johnson Clarke on the call.