Morgan and Doughty Combine for Seven RBI in the Win 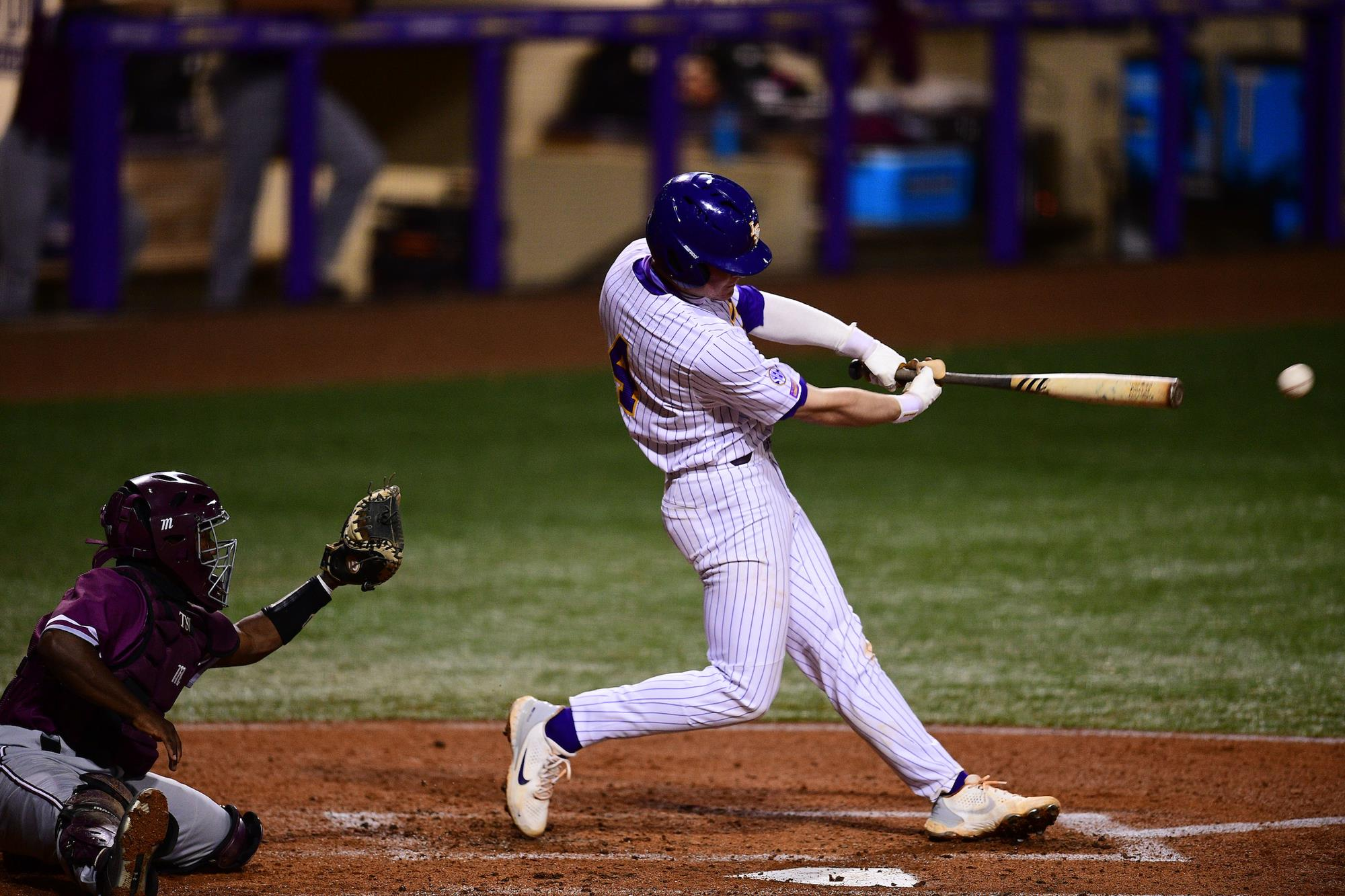 Morgan and Doughty Combine for Seven RBI in the Win

The Tigers return to action on Wednesday at 6:30 p.m. CT when they travel to take on UNO at Maestri Field in New Orleans. The game can be heard on affiliates of the LSU Sports Radio Network, and it may be seen on Cox Sports Television and on ESPN+.

“This Texas Southern team was very well-coached and battle-tested, and they challenged us tonight,” said LSU coach Paul Mainieri. “They had played a very difficult schedule entering tonight’s game and hadn’t backed away from anybody.

“We had to work for everything we got tonight, and Texas Southern made some tremendous plays on defense. It took everything we had to win, and that’s due to the way Texas Southern competed. I thought Ma’Khail Hilliard’s outing was the key to the victory. He entered the game in the third inning, got a big out for us, and then cruised through the next three innings. He could have continued, but I wanted to get him out of the game to have him available for this weekend.”

Texas Southern starter Jaiden Beck (0-1) was charged with the loss, as he worked 2.2 innings and allowed five runs on three hits with three walks and two strikeouts.

Trailing 1-0, LSU opened the bottom of the first inning with a walk and steal from rightfield Dylan Crews, who then advanced to third on a Morgan groundout. Doughty launched a  home run to left field – his third dinger of the season – to give the Tigers a 2-1 lead.

Texas Southern struck for three runs in the third to take a 4-2 lead, but LSU responded with three in the bottom of the inning.

Designated hitter Cade Beloso delivered an RBI groundout, leftfielder Gavin Dugas ripped a run-scoring double, and he later scored on a wild pitch to put the Tigers back in front, 5-4.

LSU increased the margin to 7-4 in the fourth when Morgan slapped a two-run double after back-to-back singles by shortstop Jordan Thompson and by Crews.

Morgan added a two-run triple in the eighth, and Doughty lifted a sacrifice fly to account for the final margin.