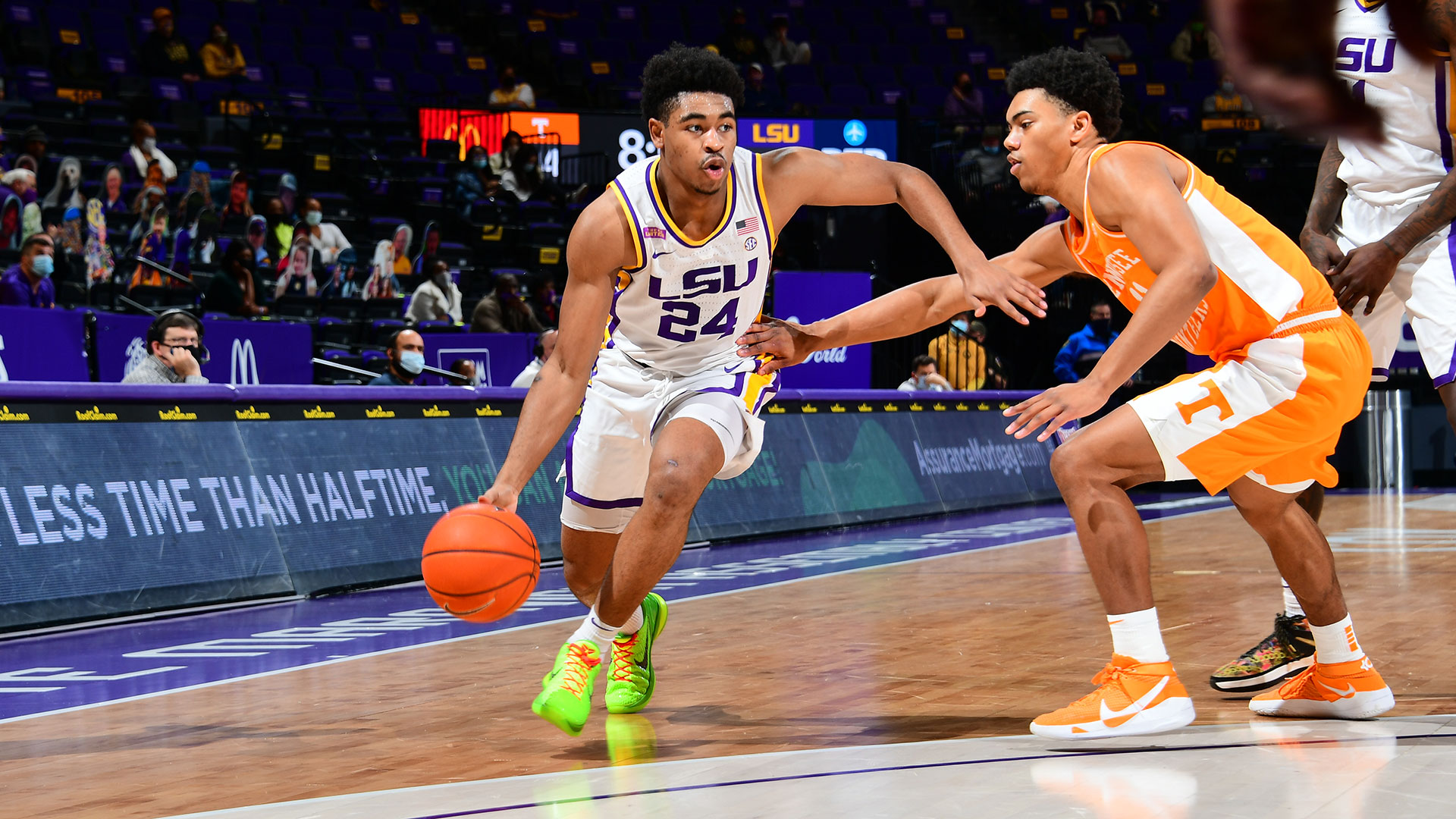 BATON ROUGE – It is Southeastern Conference Tournament week and with that the various award groups are handing out their honors starting Monday morning with the All-SEC awards from the USA Today Sports Network, which is voted on by the 11 writers who cover SEC teams for the Network.

Freshman Cameron Thomas was named the Newcomer of the Year by the writers and was the only unanimous selection of the 11 writers to the first team.

The Tigers won their final two games of the regular season to finish at 16-8 and 11-6 in the SEC. LSU is the third seed in the tournament, the only school in the league to have a double bye top four seed in 2019, 2020 and 2021. LSU will play its first game Friday evening at approximately 8:15 p.m. against the winner of Thursday’s game between Ole Miss and South Carolina.

Here is the complete team as selected by the SEC writers of the USA Today Sports Network: